We Shuffled and Darted Back to the Buffalo Launch Club 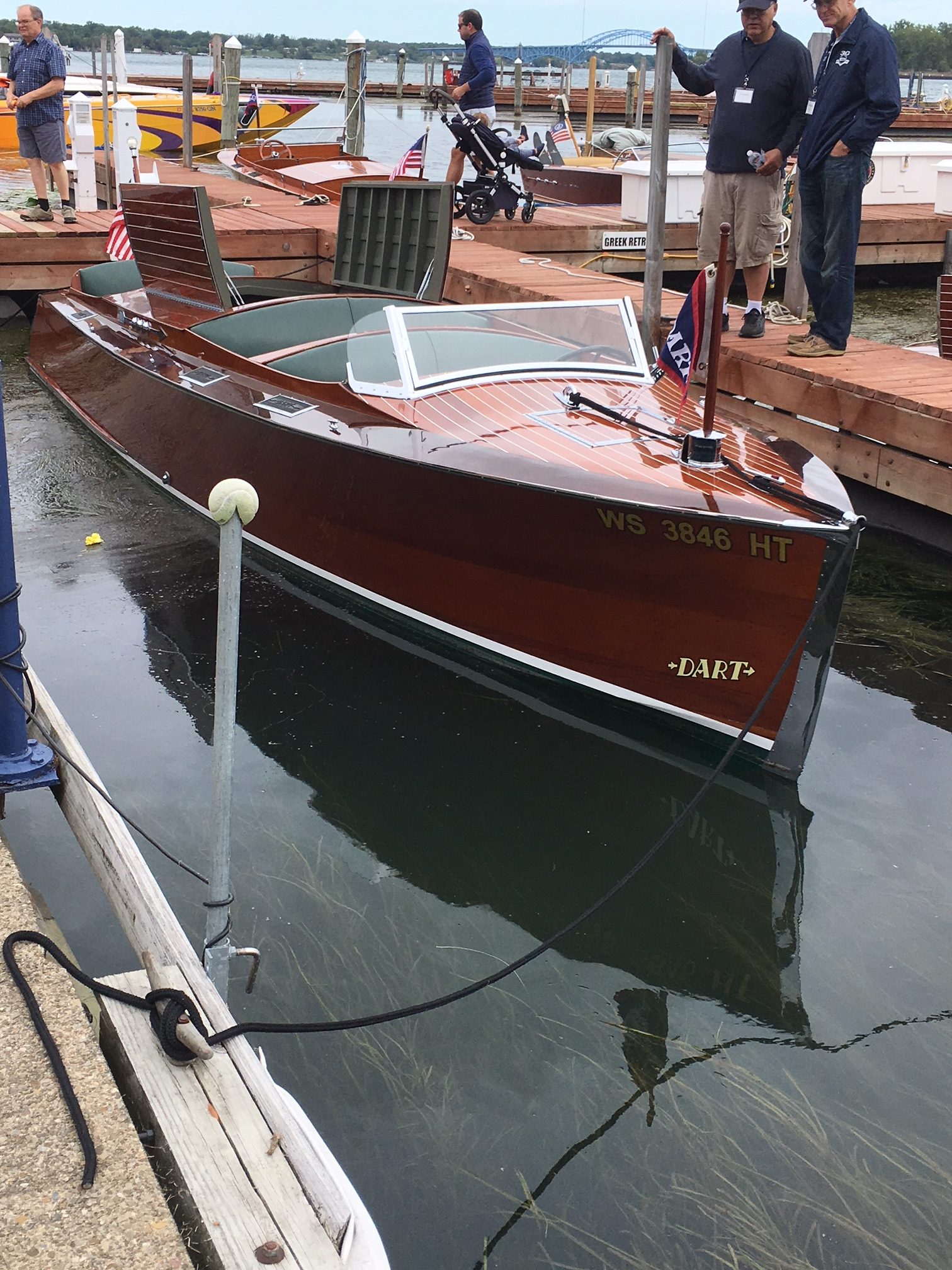 After three years absent, the Niagara Frontier Chapter – “Old Boats Buffalo” celebrated their 40th show back at the beautiful Buffalo Launch Club on Grand Island NY. It had been held there the 36 previous years! Our featured boats were the Dart Boats brought to us by the Ramsey Brothers of Toledo, Ohio. The show program was dedicated to a long-time local member, Jim Holler, who’s family history includes helping design the Dart! Dart had a short run from 1928 to 1933, but became a favorite with some may say, the good and the “not so good”. Government agencies including the Navy used Darts because of their exceptional ride and speed. Then a group nicknamed the “Mailmen” that brought something “other’ than the mail…some may say “wine, women and song” during prohibition. Mr. Holler pointed out a special “Hook” near the waterline of the bow that was used to grab a buoy on the way in and then pull the boat out to channel “silently” when loaded….a “Rum Runners Hook”. Miss Lucy a 1930 22.5’ Dart with a 120hp Chrysler Imperial engine owned by Jim Morris was a beautiful example and was equipped with “the hook”!

Rhonda Reid, Past Commodore of the Buffalo Launch Club , and her crew made this return event a hit with 105 Boats registered. This, along with 100 Classic Cars and numerous vendors spelled success for the event! The show included a relaxed meeting area for visiting chapters to meet. Lake Hopatcong Chapter from New Jersey was well represented and being the first recognized chapter of the ACBS, are truly “Woody Boaters”! They invited our chapter to their show next year and we look forward to that! The Grounds at the BLC on the mighty Niagara River, are beautiful to say the least. Many couples celebrate their marriage at the site and our club enjoyed the great food and club accommodations offered to us and our spectators. From the Model Boat Clubs from Rochester and Buffalo displaying their craft in the Pool Area (they had Submarines to Turtles!) , Classic Cars, Clown, Kids boat building, Barbershop Quartet and a personal visit by Popeye the Sailor Man….as they say – Next Year – “Be there or be Square”!