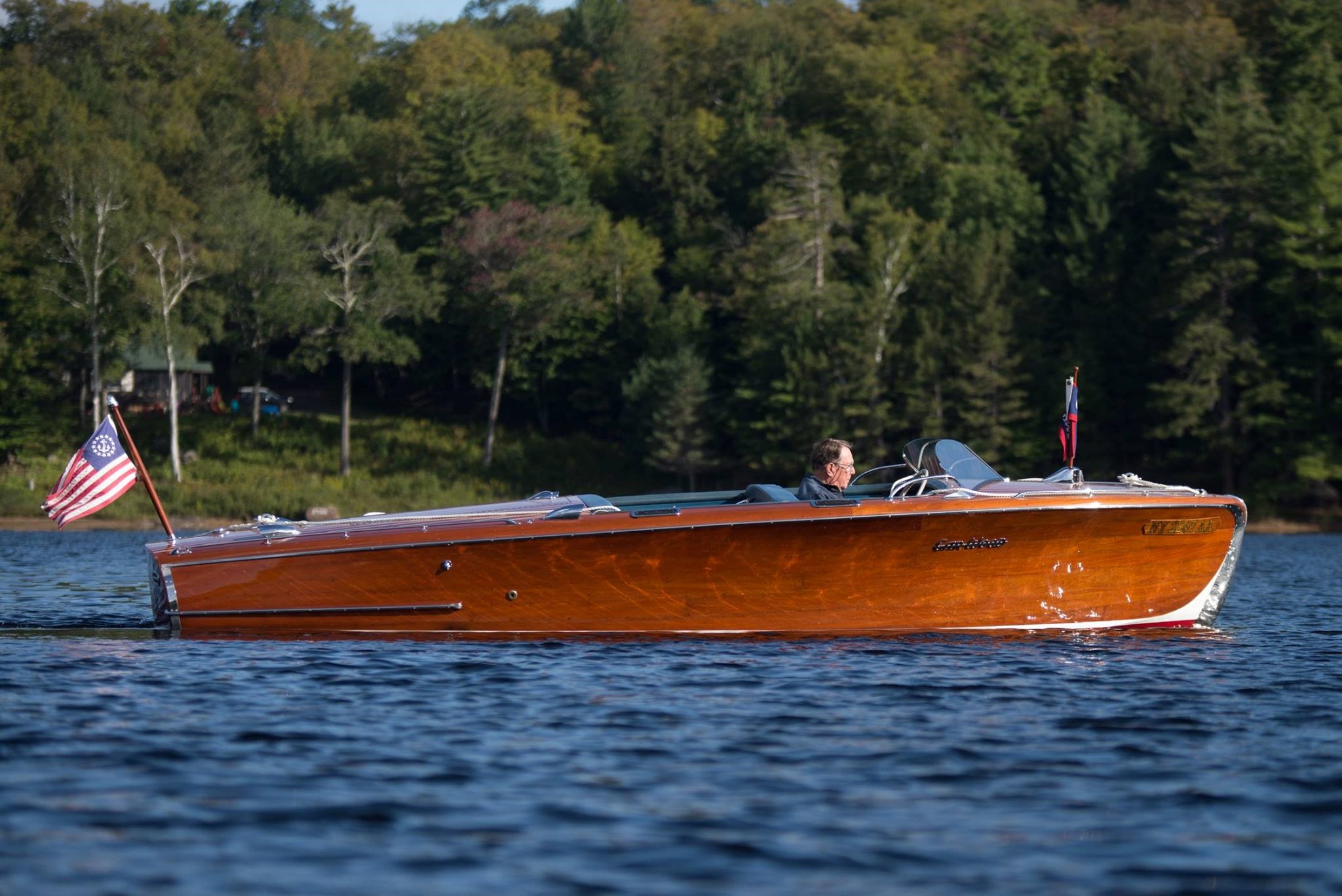 We Three has been an original item on Long Lake in the Adirondacks since she was delivered to the original owner, WA Raney in April 1946. After the passing of Mr. Raney, his daughter sold the GarWood to Dr. and Mrs. Shelly in April 1996 and she remains on Long Lake to this day. She has won numerous boat shows from South Carolina and North Carolina. The Clayton Boat show, is where she has won Best preserved, Best GarWood and a few more including “Best of show”.

Mrs. Shelly’s GarWood is about as original as any boat one can find other than some of the upholstery which was really beginning to show some wear and tear. All the wood on her, including her bottom, is original. One might wonder when looking at her due to the lighter “sapwood” which is found on her forward port side, but that is exactly how she came from the factory. She was built to go to the 1946 New York Boat Show, but that show, due to the war, never became a reality and she was then taken to Hearn’s Dept. Store as a boat to use for sales. Mr. Raney purchased the boat right off the floor from the Dept. Store in January of 1946.