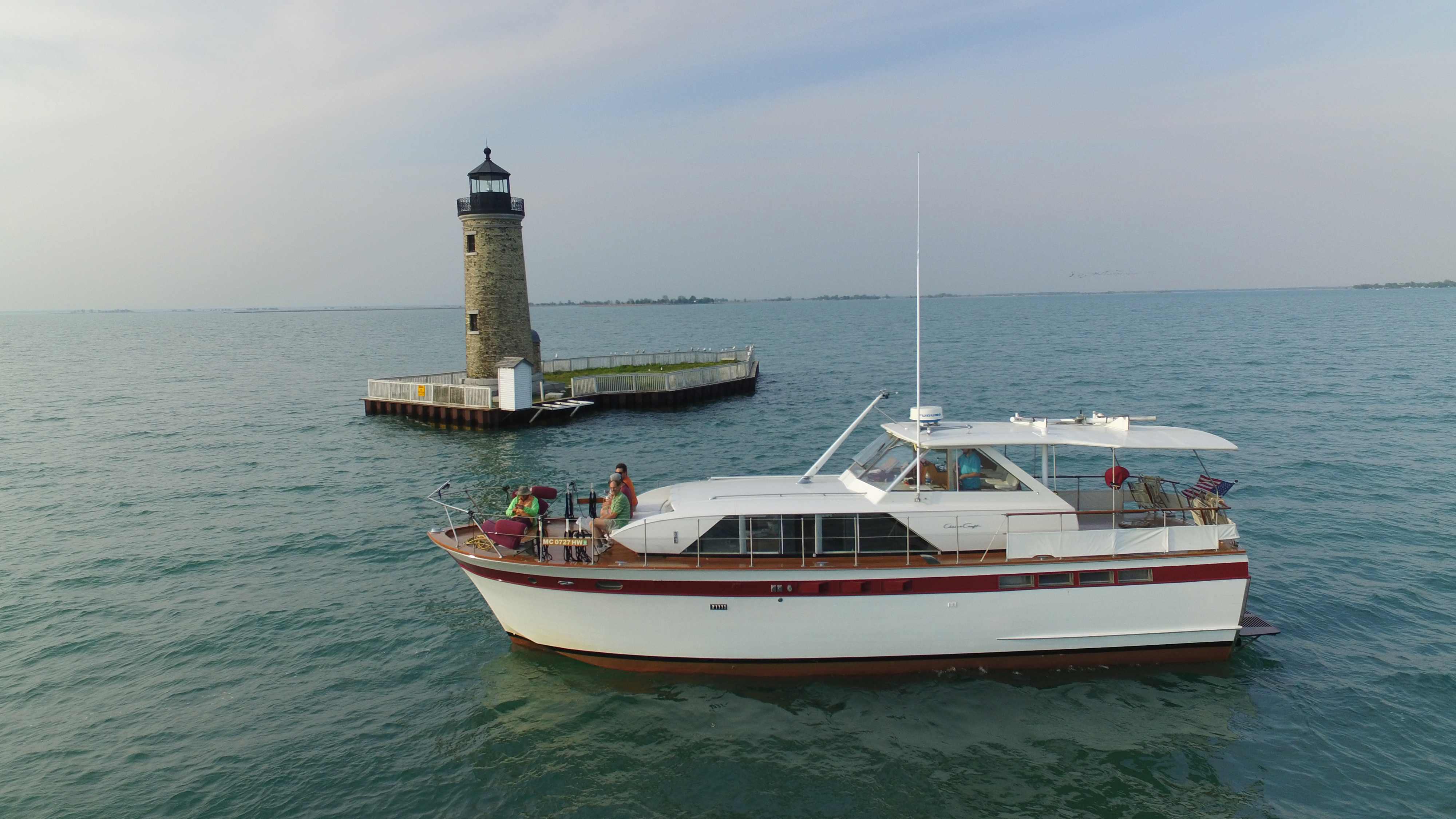 Wet Pet was created in Algonac MI. The story we have heard, it was to be a 1966, but the workers went on strike, so it became a 1967. It is a 48’ Constellation, with three staterooms, two heads, one with a shower. With the roomy deck house and large galley, it is a boat that can be very easily lived on. We have lived on Wet Pet quite a bit over the years. You see, we bought Wet Pet, then called Miss Patty Cakes, a party boat used to transport folks to and from Mackinac Island from Cheboygan, MI, and totally rehabbed it to what it is today. 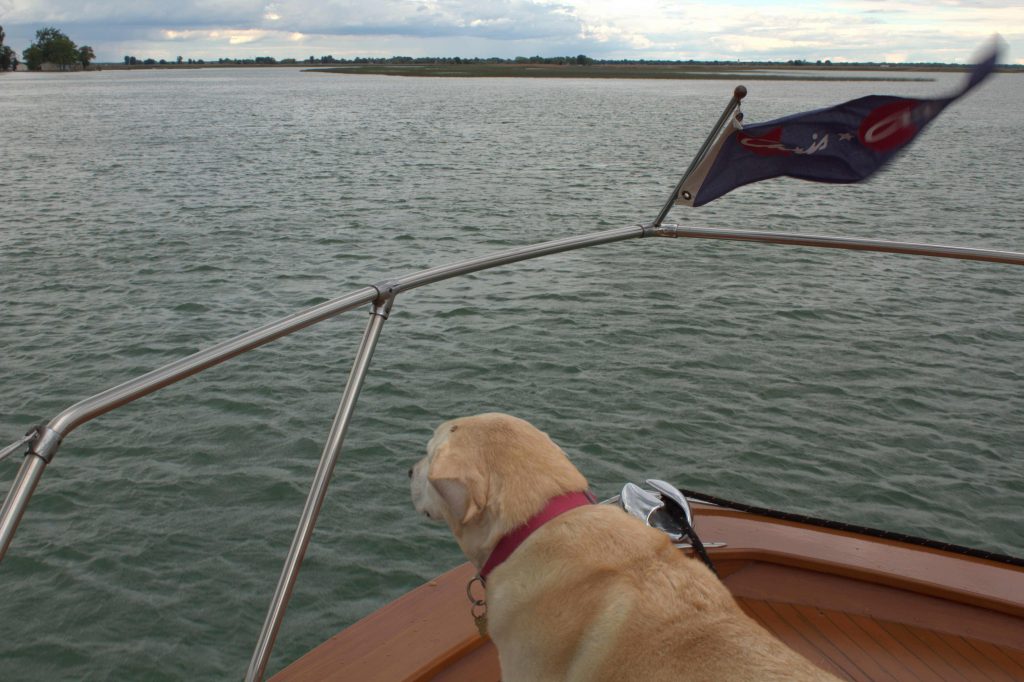 That was back in 1989. Bob was in Cheboygan, MI looking at a Matthews to replace our 35’ CC Connie and saw it in the back of the building. It had been abandoned, so after contacting the owner, we bought it for storage. We spent most of the summer in Cheboygan cleaning it up. Then the day came to drive it down to Algonac. Bob, his dad, and a friend left with the 427 gas engines running the best they could at that time and headed South. It was a slow trip, but they made it. That was when we decided to get rid of the gas engines. We located new 300 Cummins diesels in Tennessee and in the winter of 1990-91 Bob and his dad replaced the engines in Wet Pet.

The new diesel engines had a top cruise speed of 22 mph using 17 gal/hr versus the old gas engines with a top cruise speed of 16 mph using 35 gal/hr. It took months to complete the project. The deck house windows were also removed as they all leaked and furniture was replaced too. That was the first interior room to be restored. The walls throughout the interior had been covered with flocked fuzzy wallpaper from the 1970s and it had to go. Every room but the bow cabin has now been restored. It was untouched, and we have done nothing to it but varnish the walls.

Since then, part of the bottom has been replaced because the sister keels were rotten in places, electrolysis attacked the starboard side, and they had to be replaced again, hull planks have been repaired, the toe rails have been replaced with teak, and this year, after 20 years, the sides will be completely painted again. Twenty years ago, Bob and I painted one side with Awl Grip, and the other with Imron, used on Great Lakes freighters, and they both held up the same. 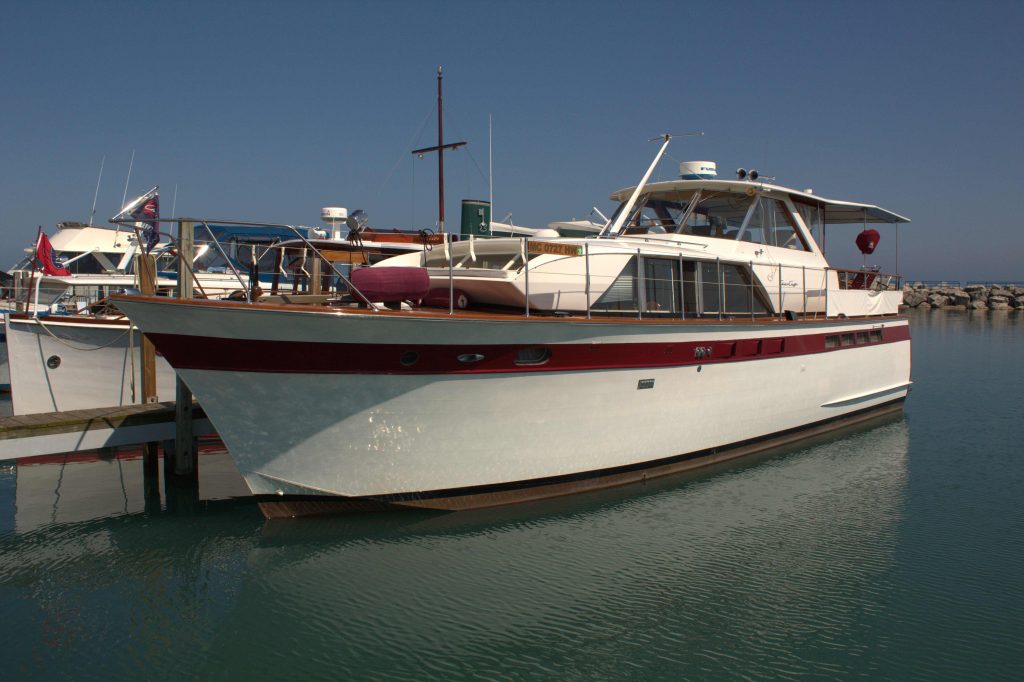 Every year there is some part of the boat repaired, recovered, or coated, usually with Sikkens clear satin. Very little varnish remains on the boat. We have taken our family on many trips to North Lake Huron, Georgian Bay and the North Channel. We would live aboard for three to five weeks, relaxing, and gunkholing from island to island, visiting small Canadian towns and eating ice cream from Farquhar Dairy on Manitoulin Island.

We have also been in every Great Lake but Ontario, from Green Bay, WI to Fayette, MI and over to Sandusky and Toledo in Lake Erie, and a stop in Whitefish Bay in Lake Superior after a trip through the Soo Locks. Wetpet has seen many places. In 2009, we took our last trip, as our parents needed our time, but we were still able to make our yearly trips to Lake Erie.

As we look at Wet Pet, and the maintenance needed to keep it in tip top condition, we have realized just how much work has gone into this boat. It’s cold working on the boat in our covered boat well in the winter, but Bob is picking away at projects as he has done every year for almost 30 years, and she will be ready for new adventures and boat shows in the summer of 2019. 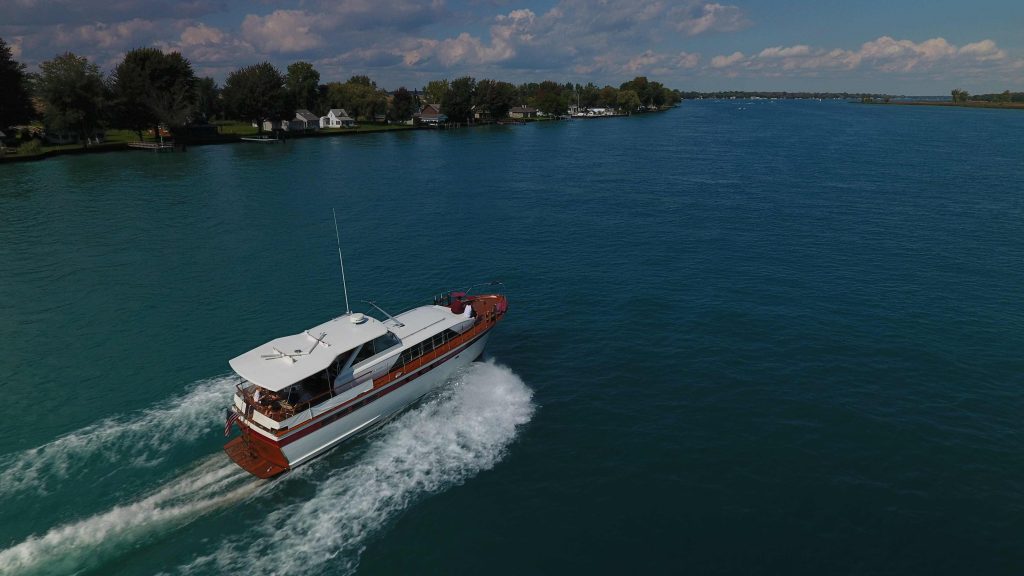