What Did We Get Ourselves Into 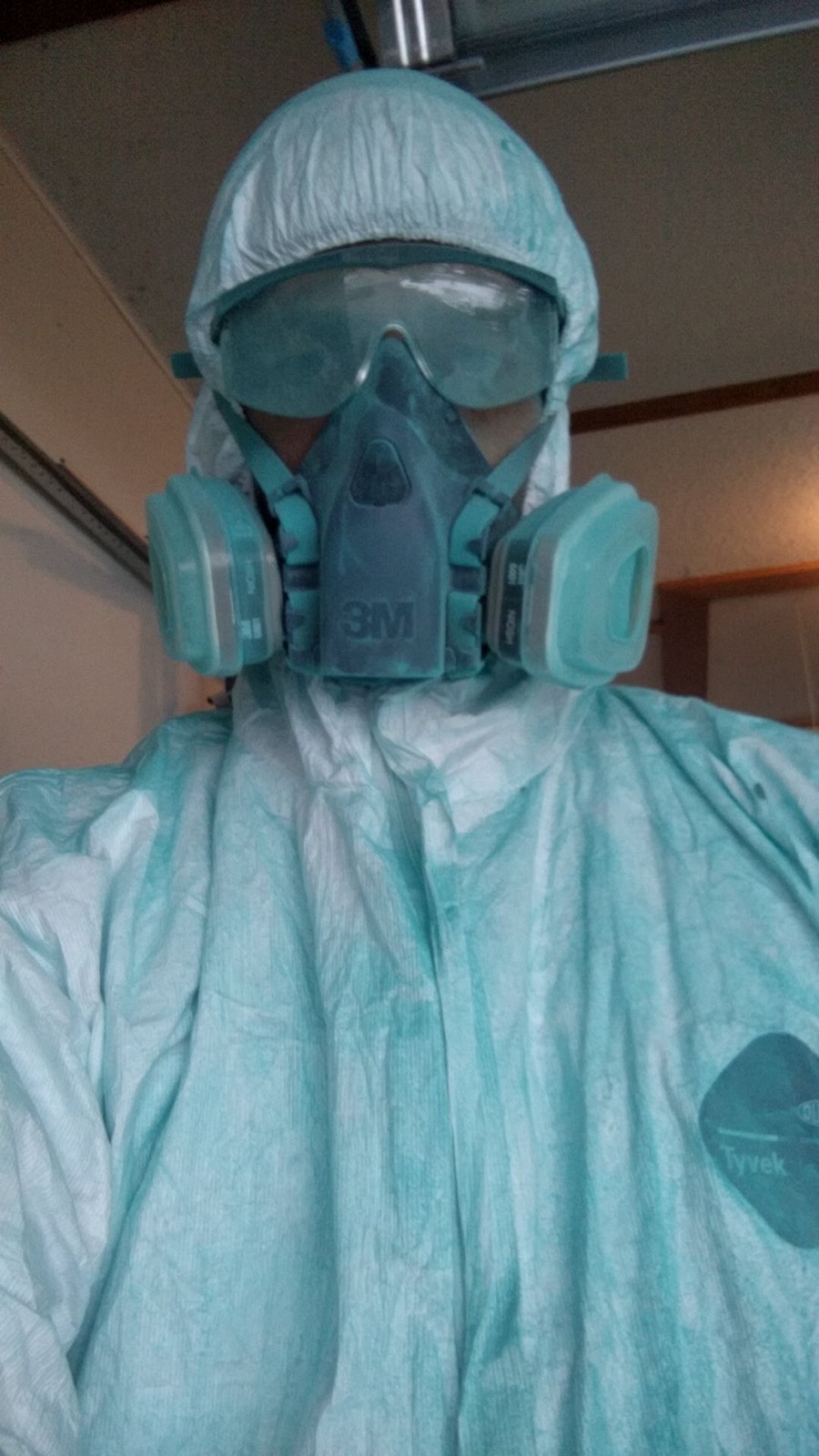 by Dave and Amy Drew members of the Water Wonderland chapter

Our venture into the world of classic boating may be different than most. We had never owned a boat, we have never lived on the water, and in fact we always looked at owning a boat similarly to owning a swimming pool. We would rather know somebody that owns one. But that all changed in September of 2015.

Standing behind the business my wife and I both work at we noticed an old vintage fiberglass boat. It was parked behind the transmission shop across the street. We didn’t know what it was but we loved the lines. After talking with the employee that owned the boat we found out it was a 1961 Starcraft Safari. Apparently it was a rare boat. Not knowing what we were getting into we offered to buy the boat. He had recently had medical issues and would be unable to restore it and was willing to sell the boat, original 1960 Johnson 75hp motor, and trailer for what he had paid for it. $350. SOLD!! The boat was in horrible condition. Most of the floor was missing, right down to the rotted wood stringers, the gelcoat was falling off of the hull, and nearly half of the transom had rotted out. I’m still not sure how we made it home with the motor still attached.

In October of 2015 we started the restoration in our garage. The hull and the top side were separated. The entire floor and transom were cut out and replaced. All of the gelcoat was ground off. Upon inspection we noticed fine cracks running into the fiberglass. Because of that, two layers of chopped strand fiberglass were added to all surfaces. The hull and topside were then permanently fiberglassed together. Then the sanding began. The smoothing, filling, and contouring took over a year of hand work. By August of 2018 the boat was sanded, primed, and ready for paint. Not being a painter, I wanted to contract that job out. We brought the boat to Mitch Tolan at MitcherT custom boat painting located about 45 minutes north of us. By mid November we had the boat back. During the next ten months we rewired the boat, restored the engine, replaced the windshield and side windows, polished all of the bright work, and finished off the countless other parts of the boat. After 4 years, 2000+ hours, 3 disc Sanders, two grinders, 45 gallon of resin, nearly 300 yards of fiberglass, and countless other parts and supplies she was finally done.

On September 5th 2019 the boat, “Stardust”, was finally on the water for its maiden voyage on Beadle Lake in Battle Creek, Mi. She ran beautifully. Two weeks later we were having her judged at the ACBS International Boat Show in Alexandria Bay. It was only the third time we have ever backed up a boat trailer (we’re glad nobody was videoing that) and the third time we have ever driven a boat. Stressful, considering the boat in front of us was on loan from the maritime museum. After getting it docked we could finally relax.

The following morning the boat was judged. Ultimately, we won best in class Platinum Classic Outboard Preserved, and Best in Show Non-Wood. We were shocked and honored. During the weekend we met countless wonderful people and are now members of the Water Wonderland Chapter.

We are looking forward to using our boat(and the garage), bringing it to boat shows, and meeting up with friends in the ACBS.