What needs to be included in every boat sale? 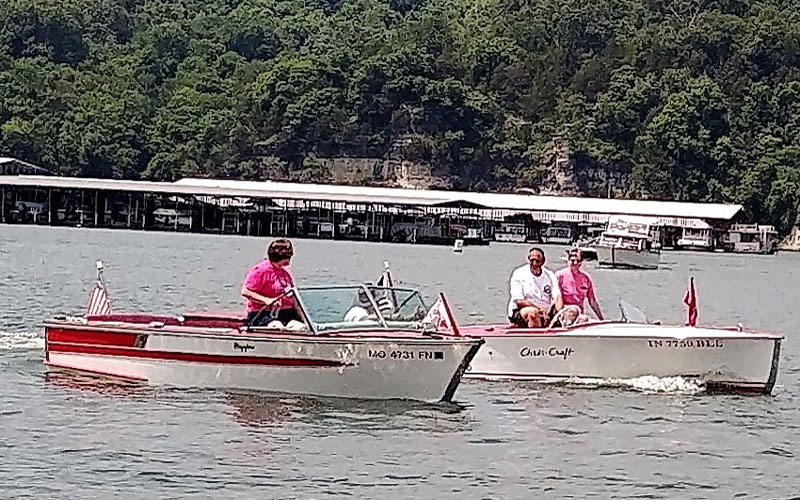 A Bill of Sale or Title, of course!

So you’re selling a boat?  Every boat has a story.  As much of the boat’s biography as you know should go with the boat.  And you want it to have a “good home” with more years of enjoyment.

ACBS Membership plus Chapter Membership offered with the boat to the new owner gives them the resources of information, connections to people who share in this interest, and activities in which to participate.

An ACBS Membership plus Chapter Membership should be given with the sale of every boat.

The following is a true story!  It serves as an example of how the passion is spread. 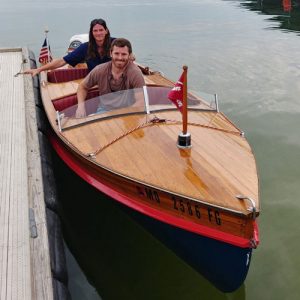 John and Carolynn Thompson have a lake home on Table Rock Lake that is filled with Classic boats, (one is hung from the ceiling), Classic boat parts, (a transom bar, a closed bow bar, the hull of a Cruisers Inc is the queen size bed frame, a helm station, etc.), and even the garage was full of boats.  They recently added a wood plank ceiling in their living areas.  The craftsman doing the work couldn’t help but be engulfed by the obvious passion for old boats.

It just so happened that the Thompsons had decided that they needed to downsize the fleet.  The woodworking craftsman picked Rescue Thom for his first vintage boat.  Rescue Thom is a 1953 Thompson Super Deluxe 16 ft with a 1966 40 hp Evinrude Lark. The boat was used for a time as a search and rescue boat on the Great Miami River in Ohio as late as the mid 1960’s, hence the name. It was bought by John & Carolynn Thompson from a couple who used it on Burntside Lake in far northern Minnesota. In 2018, Rescue Thom was sold to Russell West.  Along with the boat’s Title and Bill of Sale, the Thompsons gave a fully paid ACBS membership and a Heartland Classics Chapter membership.

The next weekend, Rescue Thom was being enjoyed by Russell West and his young daughter on a nearby smaller lake when it was admired by a couple who said they would love a classic boat.  Russell gave them Thompson’s name and number.  Well, this retired Marine and retired Navy couple fell in love with the 1961 18’ Higgins Mandalay named WAVES in honor of W.omen A.ccepted into V.oluntary E.mergency S.ervice; Women of the U.S. Navy in World War II. Higgins was known for its landing craft and other military boats during the war years. WAVES is powered by a Ford/Crusader 390 cubic inch motor. Straight inboard. John and Carolynn Thompson were at least the third owners of this boat.  They put in a new plywood bottom, new mahogany decks and transom, beefed up the superstructure of the boat, and mahogany flooring. It has second-generation upholstery and the original motor.  WAVES was purchased in 2018 by Michael and Tracey Karst.

Mike and Tracey Karst in their new old Higgins.

Again, along with the Title and Bill of Sale, the Karsts received a gift membership in ACBS and Heartland Classics.

Both of these boats and their new guardians participated in the Classics Cruisin’ Table Rock Lake early in June.

Do you have a passion for classic boats and boating?  Pass it along! 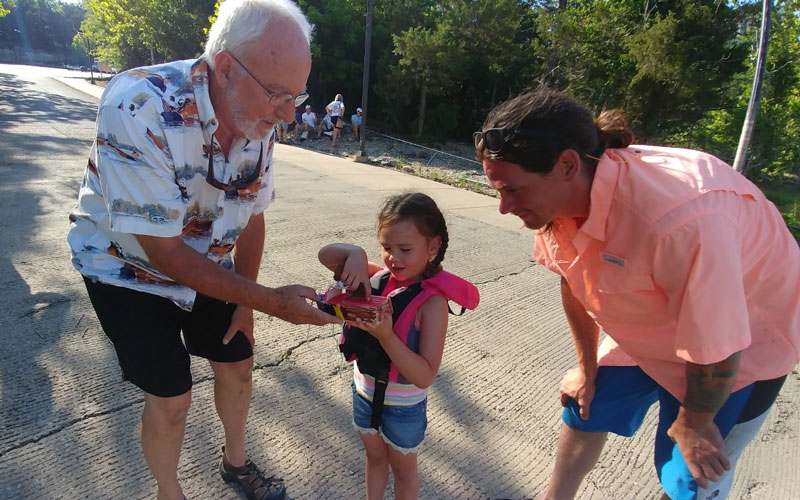 Thank you, John and Carolynn Thompson, for passing along the story, the photos, and most of all, for extending our circle of boating relationships.

What boat story can you share?  Email news and pictures to [email protected]
or Click here to submit pictures or news about your chapter events.