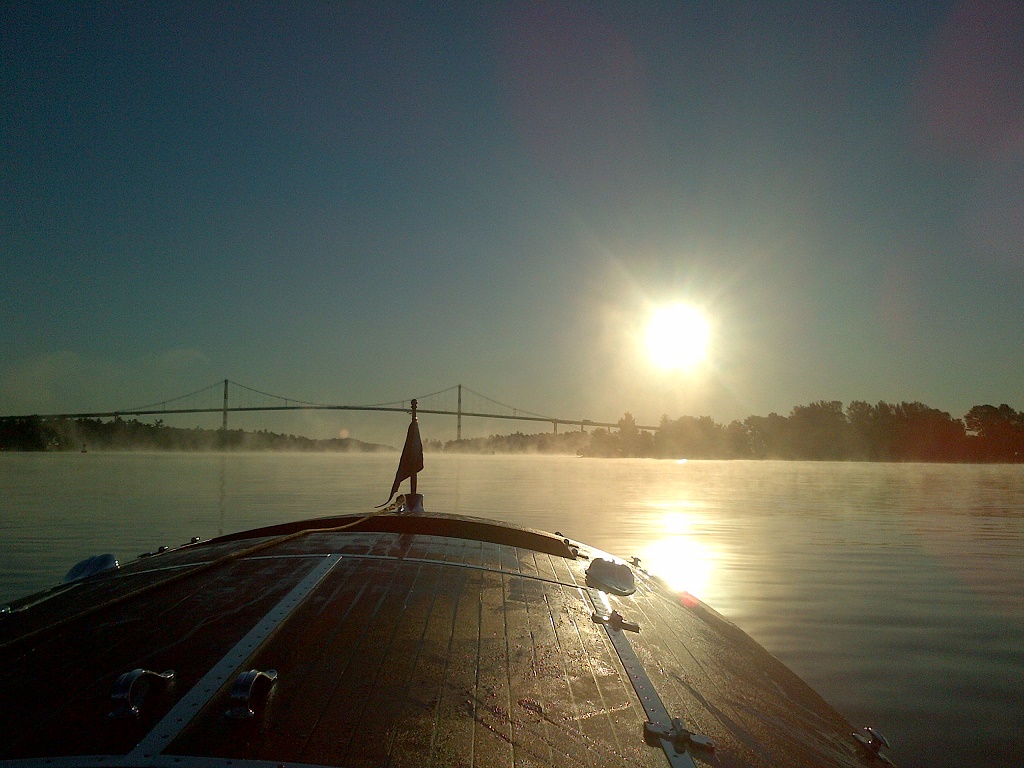 The adventure started in 2006 as a volunteer at the Antique Boat Museum Boat shows and Race Regattas, meeting many wood boat enthusiast along the way. Conversations ensued through the next three years as to the upkeep, maintenance and storage of these beautiful craft. Friendships developed rides here and there.

Forward three years a ride on a GarWood Speedster “Lu Lu” was offered. What a ride we had, after the ride someone asked “how would you like to have one of these boats”, “that would sure be great” was the answer. “Ahh I know where there is one for sale called White Knuckles” was the next statement. What an opportunity, but we discussed and decided to wait.

Would you be able to bring her to the Clayton Boat Show, “will do.” After an introduction to Jack, a few rides, drives, a few questions and a good look over, a deal was made with the owner. Delivery was made at the 2010 Antique Race Boat Regatta two weeks later, a lonnnggg two weeks.

Jack was the second owner of this speedster. The first owner never named her. Jack took a few rides and said something like, “she sure gives you a “white knuckle” ride, and the name stuck. She sure stands up to her name.

White Knuckles is a user boat with many boat show awards received. We have traveled to boat shows in Clayton, Alex Bay, Hammondsport, Skaneateles, Buffalo, Lake George, The Rideau Canal to Rideau Ferry, Kinston Ontario, Smith Mountain Lake Virginia, Naples Maine and of course she can be seen in her home waters The St. Lawrence River, Clayton, NY. If we are not traveling to boat shows you may see us around the 1,000 Islands in both US and Canadian waters.
“What a Thrill”