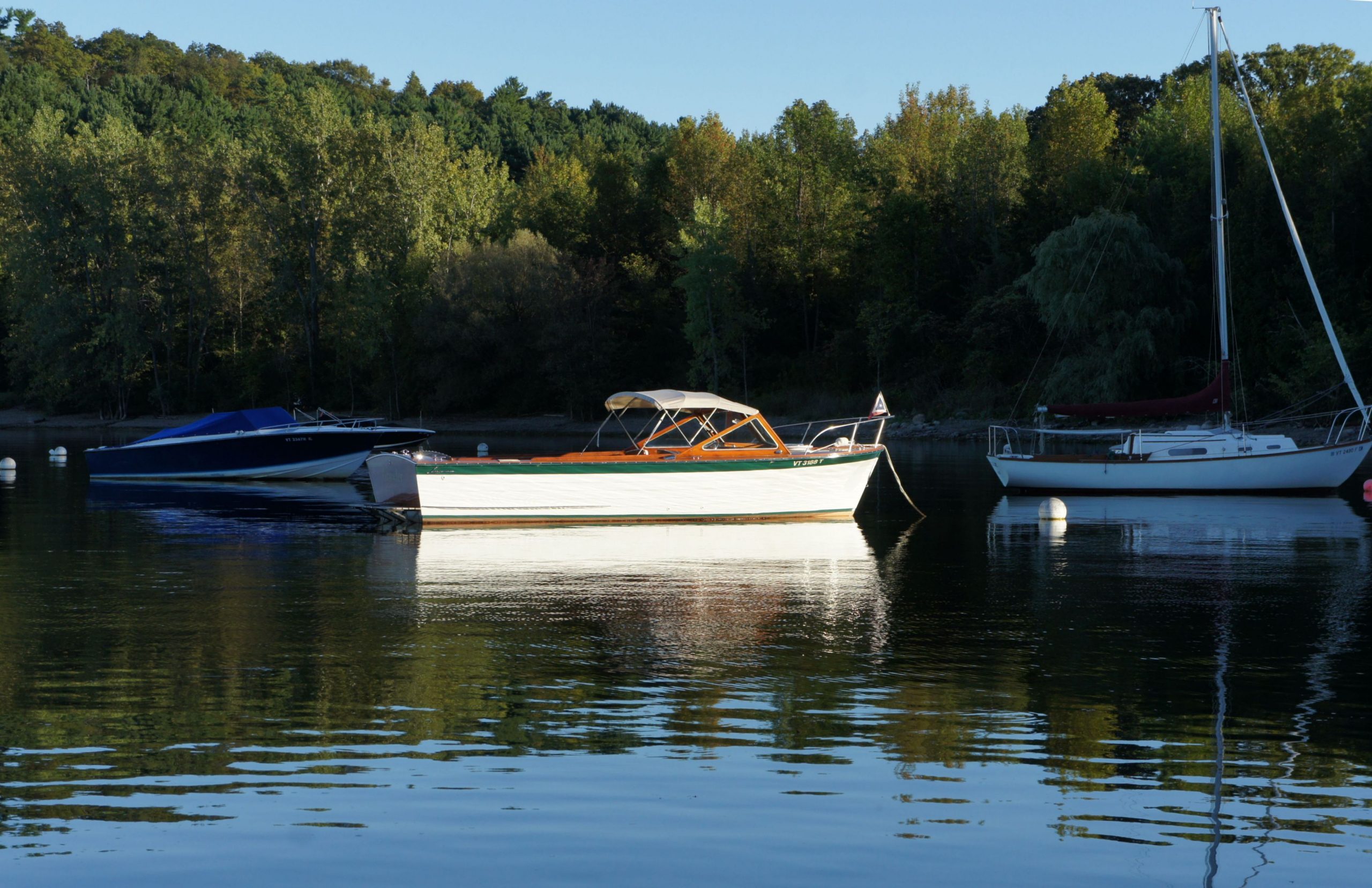 Although I grew up rowing an old wooden boat, I am a sailor. I have sailed and owned sailboats for over 50 years. Sailboats are, to my eye, visually appealing, not all, but most.

The first time a saw a Lyman was from the cockpit of a 19’ wooden Lightning sailboat. I was impressed with the seaworthy posture of the Lyman as it moved through the water. Eventually, I began to notice other details – relatively high freeboard, lapstrake hull.

Like most skippers, I worked my way up from a Lightning to a 38’ schooner, followed by a 36’ Luders sloop, followed by a 23’ Sakonnet sloop designed by Joel White. The Sakonnet spent more and more time on its mooring as I crewed and helmed racing sailboats. Why did I need a sailboat when I was constantly sailing on other peoples’ boats?

About the same time as that question lodged in my brain, I saw a 25’ Lyman Sleeper advertised for sale. Looking at boats for sale is similar to looking at puppies for sale in that they both have a tendency to follow you home. Arriving to “just look” at the Lyman, I noticed a brand new 26” fiberglass runabout sitting next to the Lyman. It did not take an excessive amount of imagination to assume the owner’s motivation.

After a cursory inspection, the Lyman appeared to be structurally sound but not cosmetically acceptable. The negotiations concluded in the Fall of 2010 with both parties smiling. I was now the owner of Suzy Q. We deliberated over a new name and Second Hand Rose lost out to Growler.

The winter of 2010-11 was spent reviving brightwork – deck, ceiling planks, cockpit trim – to acceptable standards. The Spring of 2011 brought back memories of caulking, swelling as Growler was launched.

In 2012, Growler was the recipient of a Best of Class award at the Lake Champlain ACBS annual show thereby validating the cosmetic efforts of the previous year. Photos have appeared in Clinker, the Lyman Boat Owner’s publication.

Growler is often seen plying the waters of Lake Champlain on her way to a ACBS rendezvous, viewing a sunset or returning to Vermont after a dinner in New York