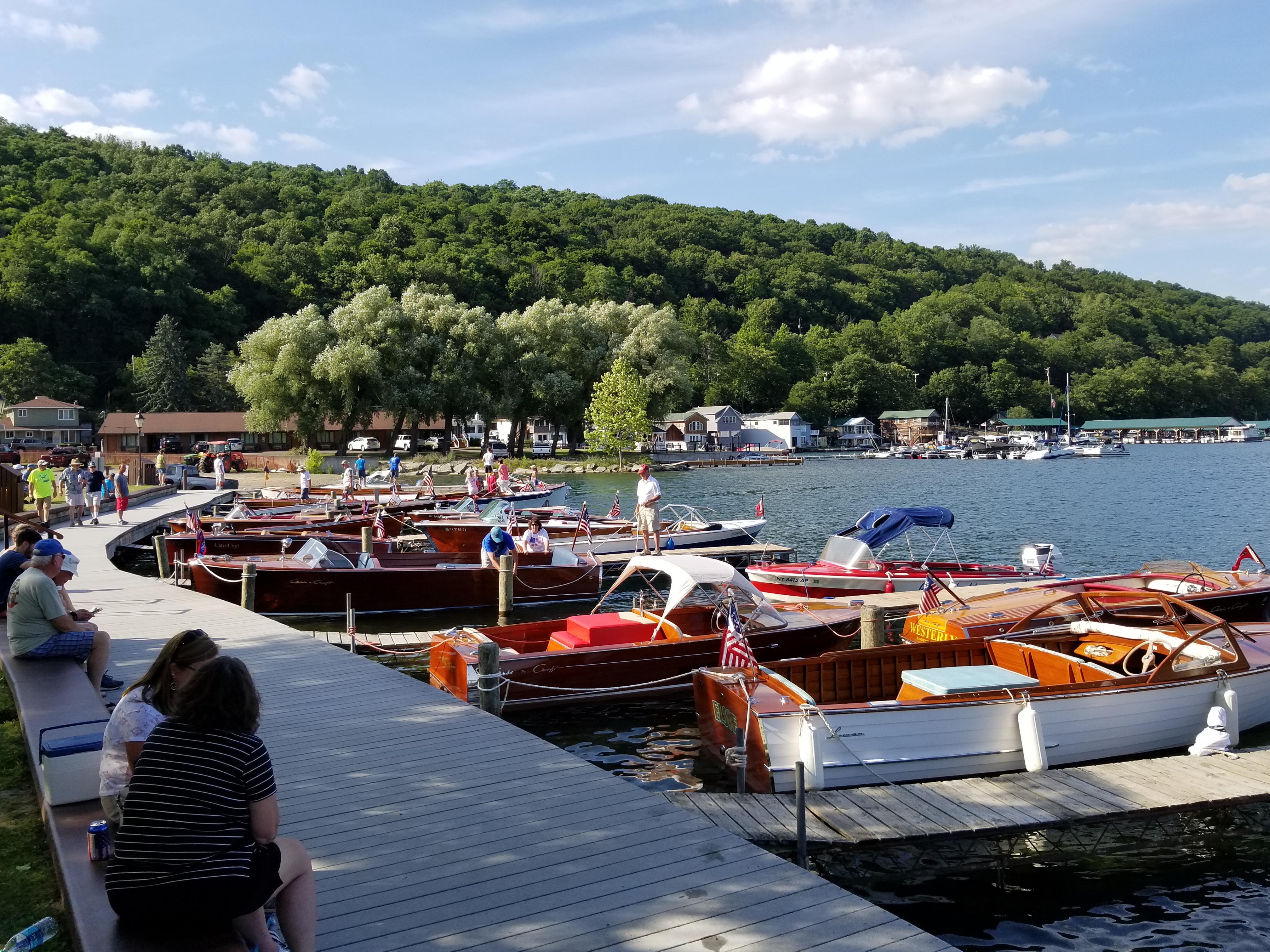 The 36th Annual Wine Country Classic Boat Show was held on July 21 and 22 at Depot Park in Hammondsport, New York.  We had approximately 48 boats in the water and many on land as well as Woodie cars. This year we opened the show up to antique and classic cars and 15 registered for the event.  It was a beautiful day and the largest crowd that I’ve seen in a couple years as the weather was perfect, not too hot and it was a bit cloudy.

We kicked the show off on Friday evening with a reception under the tent with food, wine and beer.  Our DJ for the weekend, Mike Gruenauer, was entertaining and provided great music and many humorous moments.  Saturday morning at 9am the show was underway.  This show was a judged show by ACBS judging point system and Doug Heil headed up the Hagerty Youth judging with eight kids who had a lot of fun and were excited to get hats and shirts.  In the afternoon there was a parade of boats with the Hammondsport Fire Department leading the way.  Saturday night at the Glenn Curtiss Museum was our annual banquet as we were surrounded by vintage cars, boats, planes and motorcycles which was great.  This year’s guest speaker was Rochester’s own “The Get Away Guy”, Mike O’Brian who entertained us with his many adventures of New York State and other attractions and his outtakes and bloopers were the best.  Sunday would have been the Polker Regatta but due to bad weather we had to cancel.  It will be back next year.