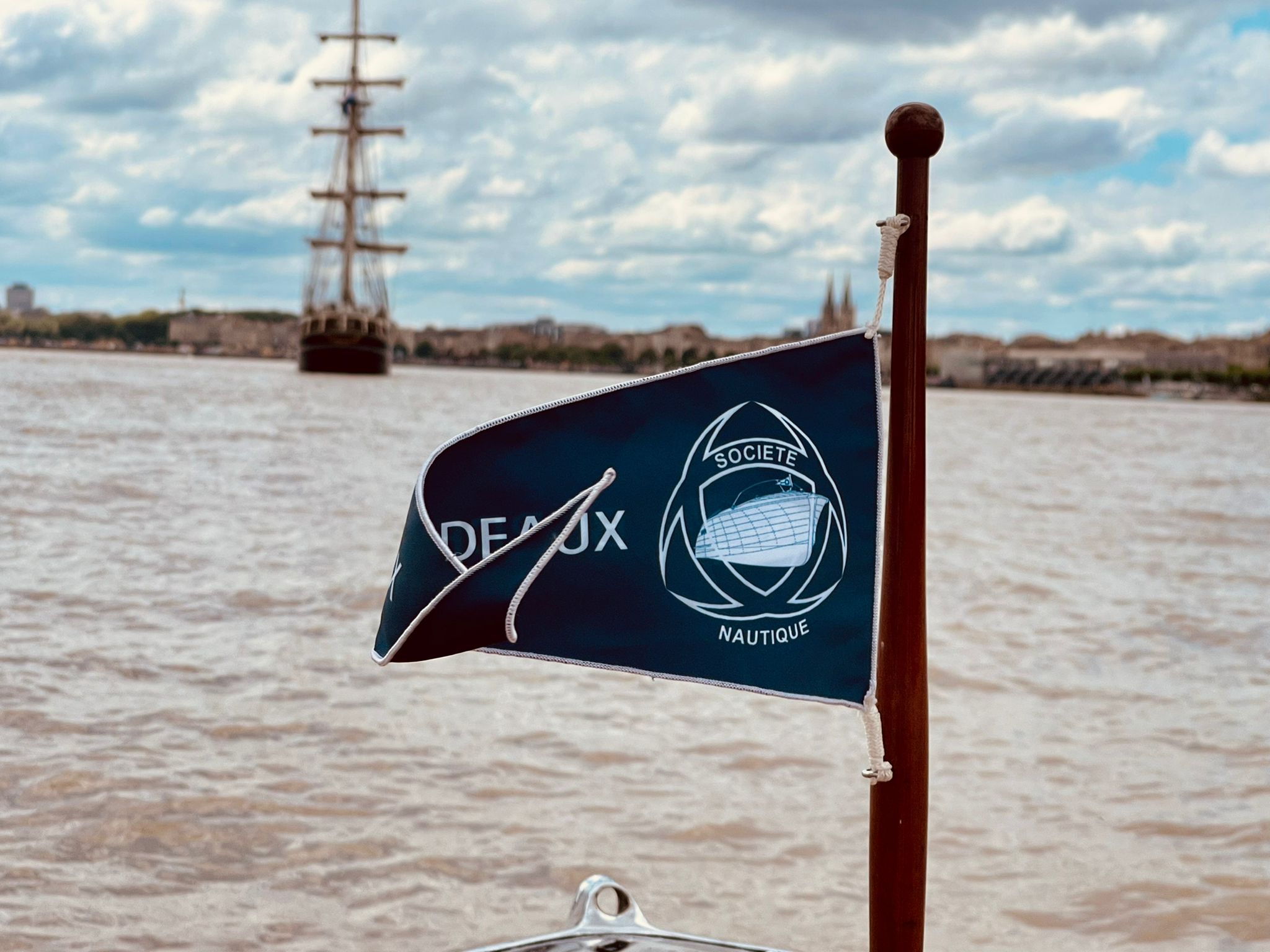 The Societe Nautique de Bordeaux (ACBS France Chapter) members participated in the Bordeaux Fête le Fleuve June 23-26th on the Garonne in Bordeaux celebrating wine and the river. The SNB members’ classic boats accompanied the tall ships for their re-entry in Bordeaux. 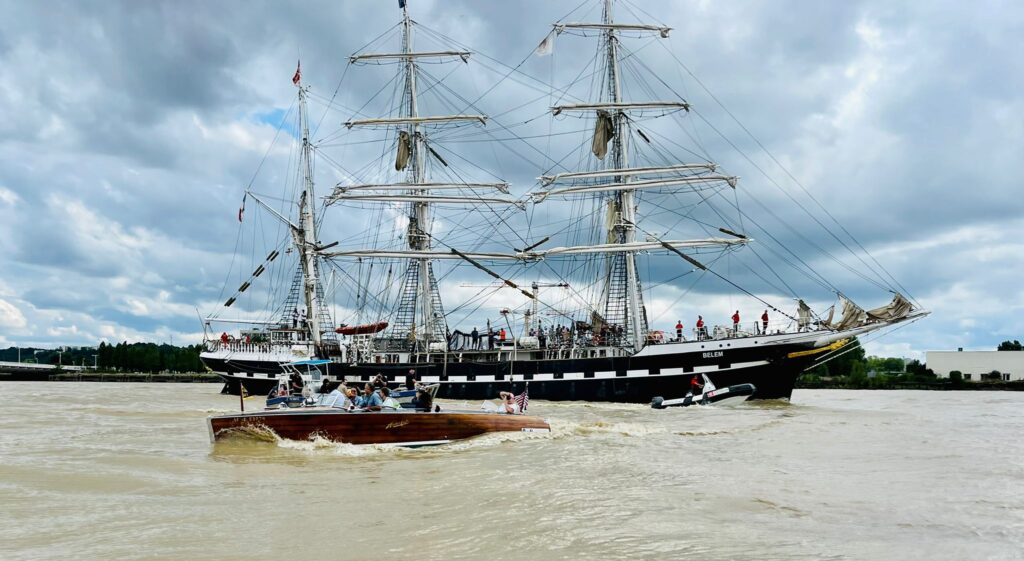 Nao Victoria is a replica of the famous Victoria, the first ship to have sailed around the world between 1519 and 1522. Accompanied by four other ships of the Spanish fleet, Commander Fernand de Magellan led an expedition to discover the western route to the spice islands. Nao Victoria was the only boat to return from this trip.

Belem is the last of the French tall ships of the nineteenth century still in navigation. This ship, three-masted, square lighthouse and steel hull has lived no less than five lives, changed nationality three times before returning to its flag of tri-colour origin in 120 years of adventure. 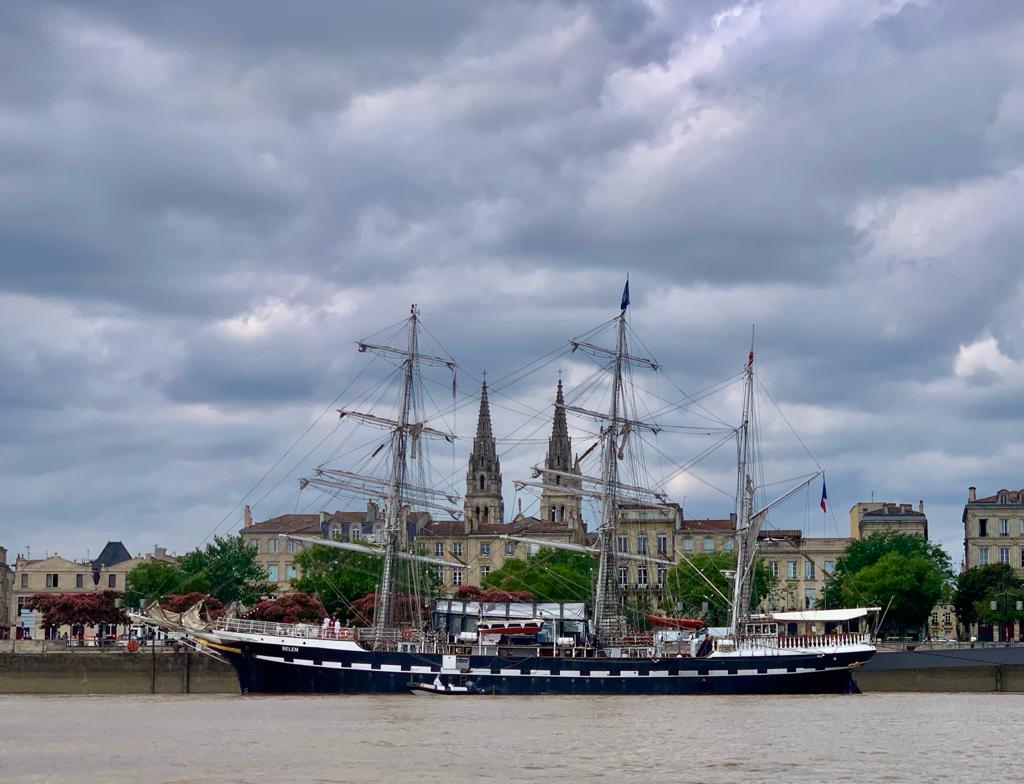 Thalassa is a three-masted 50-metre schooner that underwent a major renovation in 1995. This beautiful sailboat was born from a tragedy and a rescue. Built with the hull of a Dutch fishing boat, Relinquenda, which sank sharply in 1984 after impaling itself on a wreck of the Second World War near the island Texel in the Frisian Sea.

The wine festival is an event that puts both the wine and the river in the spotlight. You can taste all the wines of Bordeaux, and be able to visit exceptional sailing boats. 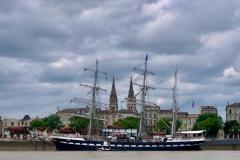 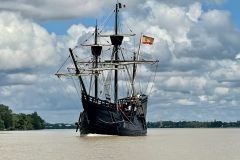 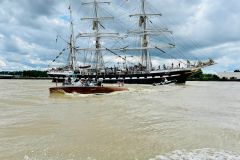 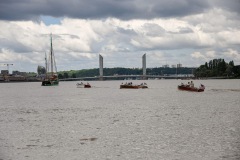 Here is a video from the weekend as well. Listen to those engines purr…