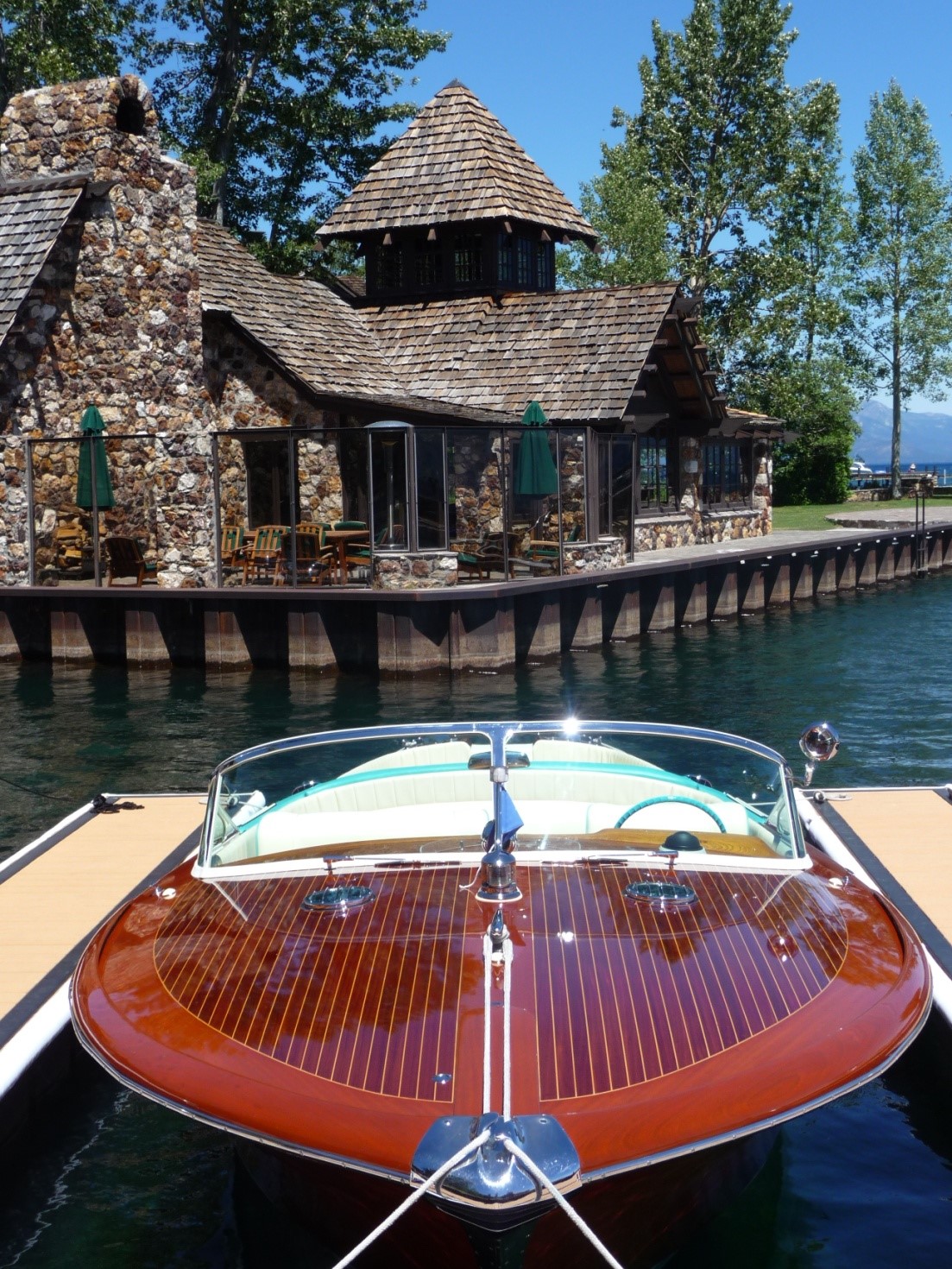 By John Dougery member of the Northern California/Lake Tahoe chapter

An avid tennis player since the days of wooden racquets, lover of boating, swimming and waterskiing on Lake Tahoe since childhood, intrigued by the elegance of Riva boats, I eventually found myself immersed in the seductive “wooden boat racket” by becoming the third owner of a 1972 Riva Aquarama Lungo in 2000. One of only 7 of that Riva model ever made, which we renamed Wooden Racquet.
The Lungo was Riva’s test of adding about 22 cm to the length of the original Aquarama. Riva concluded that an extension was feasible and an improvement to the original design, and the Aquarama Special was produced subsequently. According to research done by Bellini Nautica and Showroom in Brescia, Italy, only 2 of the original 7 Lungos still remain, making Wooden Racquet a very rare Riva model.

Accompanying the Riva Lungo when it arrived from its second owner (Arthur Dixon of Palm City, Florida) were numerous fantasies regarding whom might have decorated the “play pen” stern area or sat beside the first owner (Fiorini Franco of Bologna, Italy) on Lake Guardia or the Mediterranean Sea: Sophia Loren, Gina Lollobrigida, Bridgette Bardot?

Those fantasies were soon replaced by the realities of a new bottom, wood refinishing, rebuilt engines, new upholstery, etc. and also the accumulation of memories of good times and laughter, smooth and rough waters, with wife Marilyn, friends, children, grandchildren, dogs, crawdads, sand, water toys, and picnic lunches as we cruised Lake Tahoe to Chrystal Bay, Secret Harbor, Blister Beach, Glenbrook, 4th of July fireworks, Emerald Bay and more before returning to our harbor on the West Shore and now Incline Village.