Work Toward The Dream 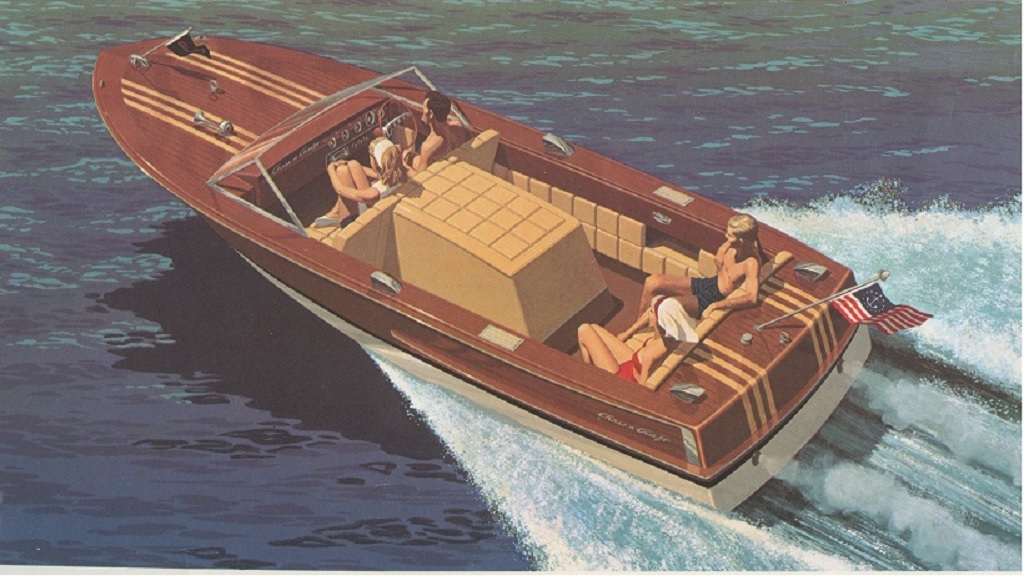 by Al Tosi member of the Blue Ridge chapter

Since growing up off the shores of the Great South Bay of Long Island, New York, I have had the love of boating on the Bay. For those not aware, the Great South Bay is a pristine body of water surrounded by Marsh Land with many unnamed islands with some named by the local natives. The Bay is known as one of the best places for duck hunting along with fishing and harvesting shell fishing, and or course waterskiing. I guess this is why it is called the Great South Bay.

Back in the 50’s my brothers and I would walk along the aforementioned Islands looking for old abandon wooden boats that appeared not to be repairable. We would tow them home as we knew our dad could make them look new again. He would rebuild these boats, most were just inexpensive rowboats. When he finished working on them they became work or ski boats.

When it came to powering the boats we would work the Bay fishing, crabbing, eeling or harvesting shell fish and sell same to the local fish markets and then cross the road to the boat sales. For $10.00 to $20.00 we could purchase a traded in outboard motor that dad would get to run like new. When the boat or outboard really lost all its usefulness, we would repeat the process. My dream back then was to someday own a real mahogany ski boat.

On a trip back to Long Island in September 2008 my dream came true. On this visit and a trip to Hampton Marina in East Quogue, New York, I discovered a rare 1968 Chris Craft 20′, Grand Prix. I learned that the boat along with four others were built for each of Chris-Craft’s Board of Directors, 1968 was the last year that Chris-Craft built wooden boats in this class. Upon completion my boat was shipped to Long Island by its owner and maintained by Hampton Marina until the owner of it retired from Chris-Craft.

The owner of Hampton Marina purchased the boat for the total yard bill and maintained the boat in its original condition and subsequently agreed to sell the boat to me. We then had the boat shipped to our home on Lake Keowee, South Carolina.

In 2010, Lakemont Marina in Lakemont, Georgia, did a complete restoration including re-ribbing the boat and applying a 5200 bottom. All the original Mahogany and bright work was reinstalled. The interior was replaced by Hampton Marina when it was in their possession and it did not require any replacement. The engine, a Ford 427 FE is the original engine with 400 hours on same. All components, hoses, carburetor, starter, water pump, etc. have been either replaced or rebuilt.

The boat has been kept on a lift on a floating covered dock. We feel we have kept my dream in pristine condition for the next lucky owner. Unfortunately as we have approached those Golden Years, I realize it will come a time when my dream will have to be passed on as it was passed to me.