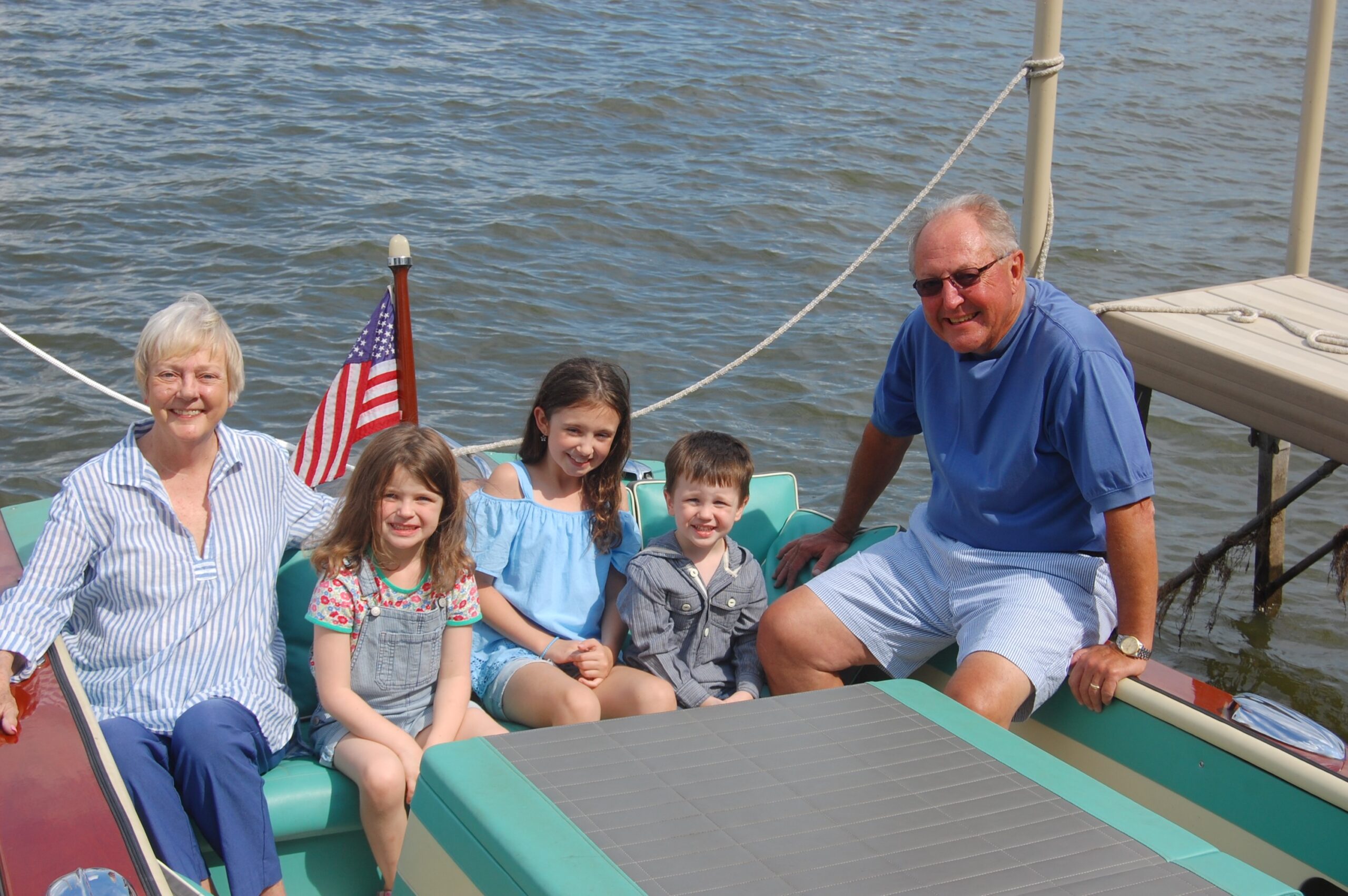 The ALWAYS “R”s was purchased new on Labor Day 1964 from the Gipner Boat Works on West Lake Okoboji, part of the Iowa Great Lakes, for $4600. I was 16 years old. We traded in a 16-foot Hafer Inboard, which was a boat manufactured in the Iowa Great Lakes. At 17.5-feet the Resorter seemed really BIG. The boat has been in our family ever since.

She has gone through several major refinishing jobs over the years. Unfortunately, the interior suffered some major damage and it had to be reupholstered, but the upholsterer found all original material for the restoration. Eventually, like all wooden boats she developed dry rot in the bottom. In the winter of 2011-12, I took the boat to Mr. Danenberg in Mainstee, Michigan. This is the only time the boat was ever away from Okoboji. He did a winter long engine out overhaul.

When I arrived with the boat and he inspected it, he commented it was all original except for the Resorter sign on the starboard rear which in fact had been replaced. He said it was too “white”. He brought out the two elderly sisters who did all the original upholstery work for Century. They knew it had been replaced because of the stitching of the pattern in the seats. In their day they had a press which embossed the design rather than stitching, but they thought the redo was exact in every other way. The engine is an original Chrysler 318 that has never required any major work.

The boat did not have a name until my college age daughter came up with ALWAYSRS “R’S”. As I said I was sixteen when purchased and I had two younger brothers, so it is fortunate she cannot talk about all the adventures on the lake each summer. Our greatest memory was on September 20, 2008, when I drove my daughter and her new husband to the wedding reception in that “memory maker”. It made all the money spent on the ALWAYSRS over the years, worth every penny.

As an aside the excursion boat, The Queen, and the roller coaster/Ferris wheel in the background of the two pictures is Arnolds Park, one of the few remaining Great Gatsby era lakeside amusement/ dance halls. The roller coaster is 75 years old(with some restoration).