Am I too young to be in the Ole Boys Club? 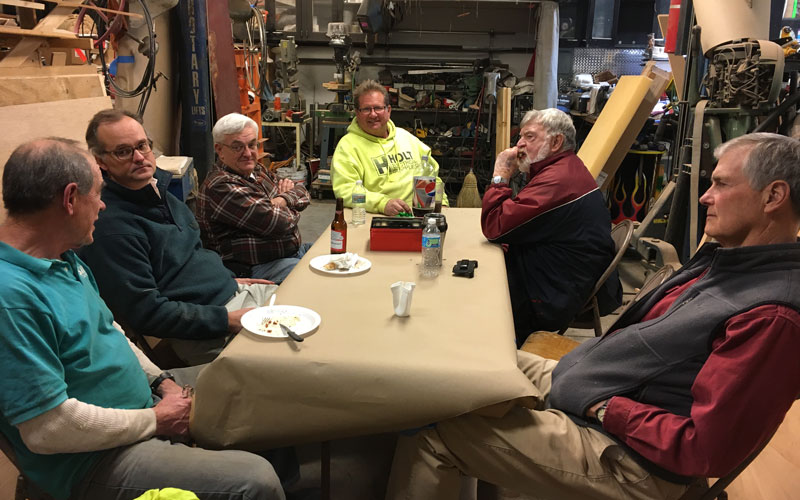 Mississippi Valley Chapter of the Antique and Classic Boat Society includes an “Ole Boys Club” that welcomes all ages and women, too.

Thank you to Jack Hartwig for sharing this report when asked about the Mississippi Valley Ole Boys Club.  (This website editor wishes I lived near St. Louis on Tuesdays.)  The following is quoted from his report:

“When we think about what it is that makes us join an organization like ACBS our thoughts can go in many directions.  Some of us have finished our prized project and would like to have a venue in which to display our work.  Others would like to participate in social events with people who have a similar interest in old boats.  The ability to access resources that can aide in our restoration process such as the videos on the ACBS web site and the long list of professional restoration businesses in the Rudder magazine are a distinct advantage for our organization.  For those that prefer to purchase a completed boat, ACBS can provide not only listings of where classic boats can be found but what should be looked for in a vintage boat.  All these are valid reasons for joining ACBS, but I feel the most valuable is the ability to network with local people that help provide the needed knowledge that has not yet been acquired by someone new to the hobby.  The ability to work with someone who has “done this before” can often get us over the rough spots.

“That being said those of us in the Mississippi Valley Chapter can consider ourselves very lucky.  In 2007 Dale Roth joined our chapter.  Dale was new to the world of classic boats but not to restoration processes.  He had restored multiple cars before his interests turned to boats and the four bay garage located on his property could now house a new kind of vehicle.  Dale offered his garage as a place to work on boats and we began to show up on Tuesday nights. As members heard about what was going on, they would ask us what it was all about.  We would say it was simply a group of us old boys (unfortunately too good a description for us) getting together and sharing our various skills to work on whatever boat was in the garage.  The name “ole Boys” seemed to stick and I suppose became official when we were given a varnished transom with that name across the back.  That transom now hangs in the shop.

As time went on the number of members that showed up began to increase.  This not only increased our potential knowledge base but also the camaraderie within the chapter.  On most evenings we not only work on boats but also bar-b-que some hot dogs and hamburgers, down a few beers, and try to solve a few of the world’s problems.”

Read the full report and see additional “before and after” pictures by clicking here.  There is so much more interesting information in the full report.

In conclusion:  “As I become aware of what other chapters are doing I realize that what we are doing at “Ole Boys” is rare but not unique.  I have heard of other chapters that do similar things.  If a chapter is able to create a similar organization I would highly recommend it.  Before Ole Boys our chapter had between 15 to20 members, we now have about 60 members.  There are other reasons for our growth but I feel Ole Boys is the single most significant factor in that growth.  I realize there are significant obstacles to creating this type of organization.  A shop is of course the hardest thing to obtain.  It takes either a very gracious member that offers up their workspace for the club, or a significant amount of money to acquire that space.  Tools, both hand and power, must be either purchased or offered up by members. An alternative is the same concept but without a dedicated workspace.  Traveling from one members workspace to another’s accomplishes the sharing on knowledge and the camaraderie.  So if you can pull it off, it’s worth it.  Good luck and have fun, it’s a great hobby.”

Thank you, Jack Hartwig, for answering the inquiry about the “Ole Boys Club”.  This report defines the essence of the benefits of ACBS Chapter Membership. 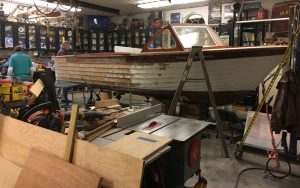 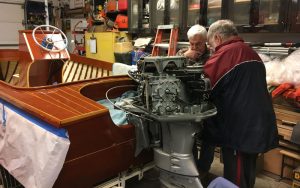 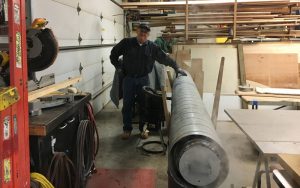