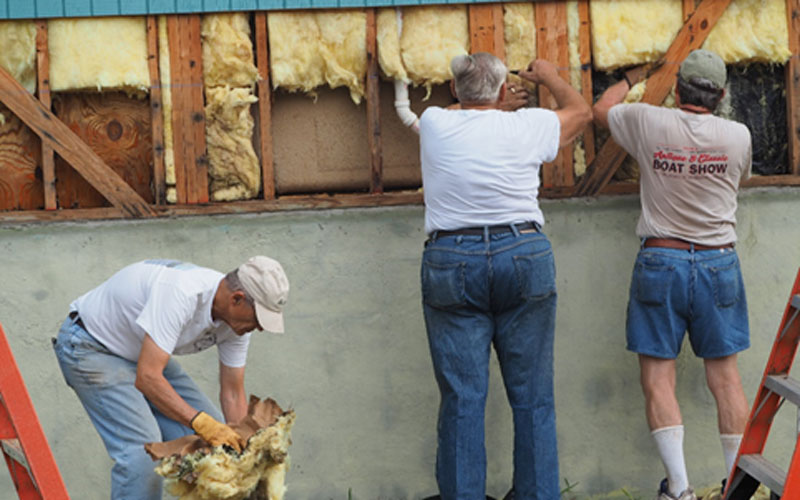 By Alan and Judy Hills

The RDC Triangle Chapter had planned to have a boat show in Bridgeton, NC on October 6th.  Due to factors like a very spread out membership and lack of a “home lake” it was decided that a full-blown show was too taxing on the organizers. The result was to hold a downsized event more in line with a rendezvous with a few added activities for our members and spouses to enjoy as well as free attendance for the public. We had to work around several glitches including the participation, or lack thereof of a couple of groups we had hoped to partner with. The registrations were rolling in and the local buzz was starting to pick up. Then came a glitch we were powerless to overcome; Hurricane Florence which struck eastern North Carolina on September 14, 2018.

For those that aren’t familiar with North Carolina geography, Bridgeton is a small town located across the Neuse River from New Bern. Unless you had your head in the sand, you know what effect Florence had on the New Bern area. In the aftermath, it was quickly realized that due to damage to venues and infrastructure, our event would have to be canceled.

Our September chapter meeting was held in Raleigh on the 25th.  By this time, the devastation sustained in the coastal area was in full view on the news and weather TV stations. President Donald Trump came to view the destruction and offer federal aid and wishes for a rapid recovery. Chapter member John Baringer suggested at the meeting that perhaps the club should put together a crew to head down to the area on October 6th, the day on which we had planned to hold our event and offer our skills and labor to assist in the recovery.

By this time, almost all of the people in the hardest hit sections of the area had already had the contents of their homes and businesses removed and downed trees cut up, resulting in “mountains” of debris on the roadsides as a reminder of Florence’s wrath. Chapter member and New Bern resident Alan Hills was contacted and asked to identify a group that could use our assistance. Venues that were to be a part of our rendezvous needed help, but their needs were far beyond what we were able to offer. Alan is also a member of Blackbeard Sailing Club (BSC) in the Fairfield Harbour area of New Bern. BSC is a member-owned, run and maintained organization with about 200 members, 120 wet slips, a storage yard, an elevated clubhouse, a bathhouse, and several small storage sheds.  The facility is located on Broad Creek, a tributary of the Neuse River. 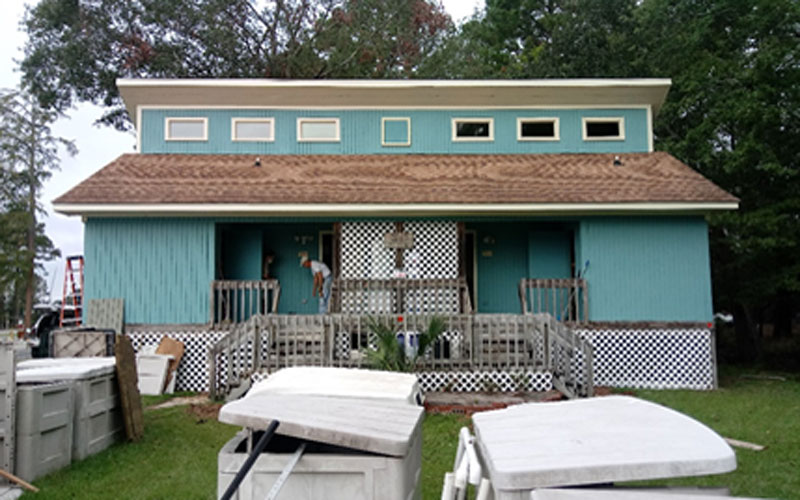 Between the storm surge and the copious rainfall, the water rose approximately eight feet and reached within four feet of the underside of the clubhouse.  Boats sunk at the docks, one of the three docks were destroyed, boats on the yard were knocked over, dock boxes and other large items stored on the property were physically moved from one location to another.  The sheds were destroyed.  The water moved some boats on trailers stored just outside the fenced facility from their pre-storm location to a block or more away.  Some boats moored in the creek burst from their anchors and landed in the woods.  All-in-all there was a tremendous damage to what had been a small, lovely, sailing facility. 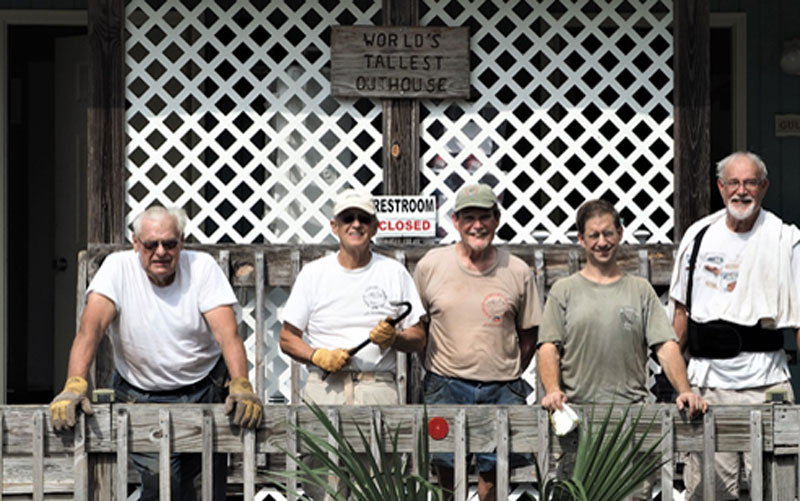 As soon as the water receded, Alan and other BSC members joined in organizing recovery efforts.  It began with physically cleaning up the yard.  A “punch list” was drafted to determine the order of jobs to be tackled.  It was decided that the time and talents of our ACBS chapter might be best utilized in addressing the bathhouse.  Dubbed “The World’s Tallest Outhouse” this building had about two feet of water inside it during the storm surge and the walls and insulation needed to be removed in the portion that went underwater.  So, on Saturday, October 6th, Alan was joined by ACBS members Leif Erikkson (also from New Bern), Bill Conley, Jim Alexander, and John Baringer (all from the Raleigh area).  Together they sweated, sawed, and carried off wet wood and insulation and had the job done by the end of the day.  They were dog-tired and Bill, Jim, and John still had a two-hour ride back to the Raleigh area after working all day.  BSC furnished drinks and lunch for the crew and thanked them profusely for their help.

This is a true example of the affinity that boaters, of all persuasions, have for each other and a call for other ACBS chapters to also find ways to help post disasters.