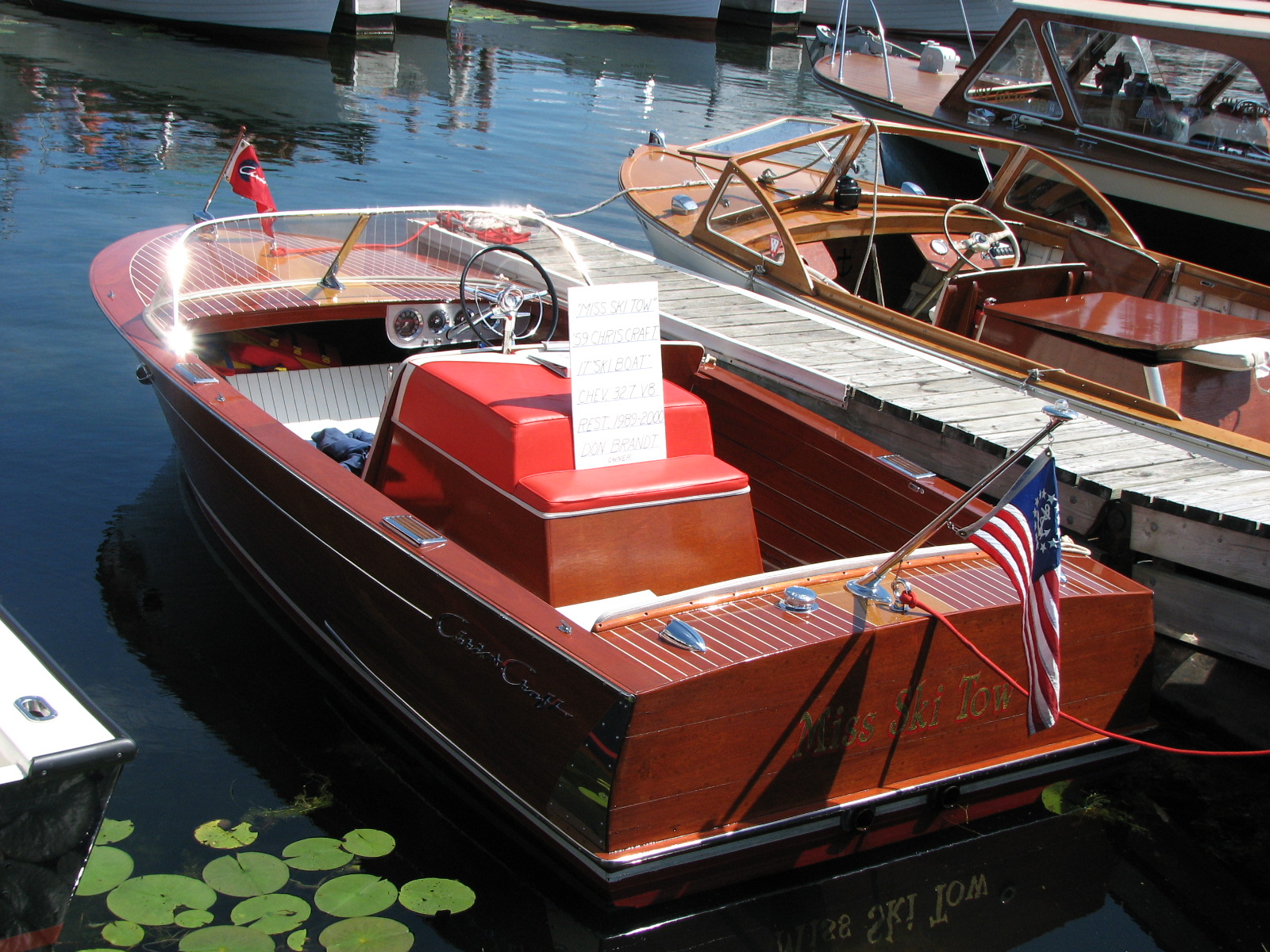 Driving home from a weekend sail on Chesapeake Bay in fall of 1987, I spotted a wooden “runabout” and trailer for sale along the highway. Such boats were scarce in that area and it was my chance to own a “Woodie”. Impulsively, I plunked down my $3000 and trailered my new project to the Sassafras River for a sea trial. I knew this boat was going to take some work, but I had time plus the wood working and mechanical skills to pull it off. The maiden voyage went okay, the engine ran and the boat took on water. Winter was coming and it made sense to take it home to suburbia to begin work in half of my two car garage. After lying on my back for a bottom inspection and trying to remove split planks, I decided to make my job easier and turn the boat over. The bottom was removed as were some broken and rotted frames and chines. These and the decks were replaced.

Meanwhile, Chris Craft Archive documents obtained from the Newport News Maritime Museum identified her as a 1959 “Ski Boat” with a 283 Cu In, 185 HP V-8 engine. A library search of 1959 boating magazines had Chris Craft ads and photos of my new boat. It no longer looked the ads!! The topsides, upholstery, steering wheel, windshield, instruments, engine and some hardware were not original! In the pre-internet era, I began a multi-year search to identify and find the correct parts. Having never seen an actual ’59 Ski Boat I had to rely on photographs, word of mouth from dealers, flea market vendors, and finally found the original owner of a 1960 model who allowed me to take photographs and measurements of his boat.

For parts, I trolled antique boat flea markets, placed magazine ads, and went to antique boat shows. Her 1955 Chrysler “New Yorker” steering wheel was found in a “Hemmings Motor News” magazine ad. I was also lucky to find other original parts and even purchased a “junker” ’59 Ski Boat which had critical parts I had been unable to find. My local auto upholster reproduced the original interior. The engine was put back to its original configuration, tuned and ran like new!

During 13 years of “off and on” restoration activity there were several temptations to take a chain saw to the whole mess, but finally everything came together. In spring 2000, “Miss Ski Tow” came out of the garage and entered the 2000 Antique Boat Show at Clayton. She now spends summers cruising around Henderson Harbor, NY, and occasionally gets trailered to Upper Saranac Lake, NY for an outing. Was it worth it? Absolutely! Every part has a story! The oohs and aahs at the launch ramps are great! Photos of two sections of my restored boat appear in “Chris-Craft of the 1950s”, by Jack Savage. 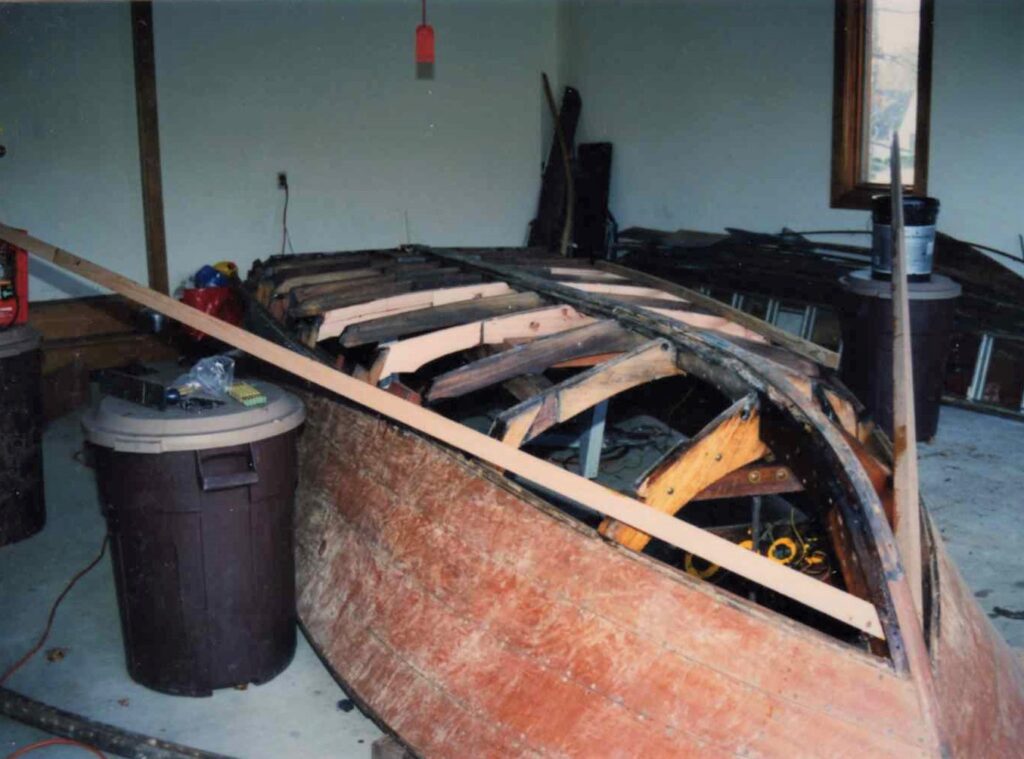 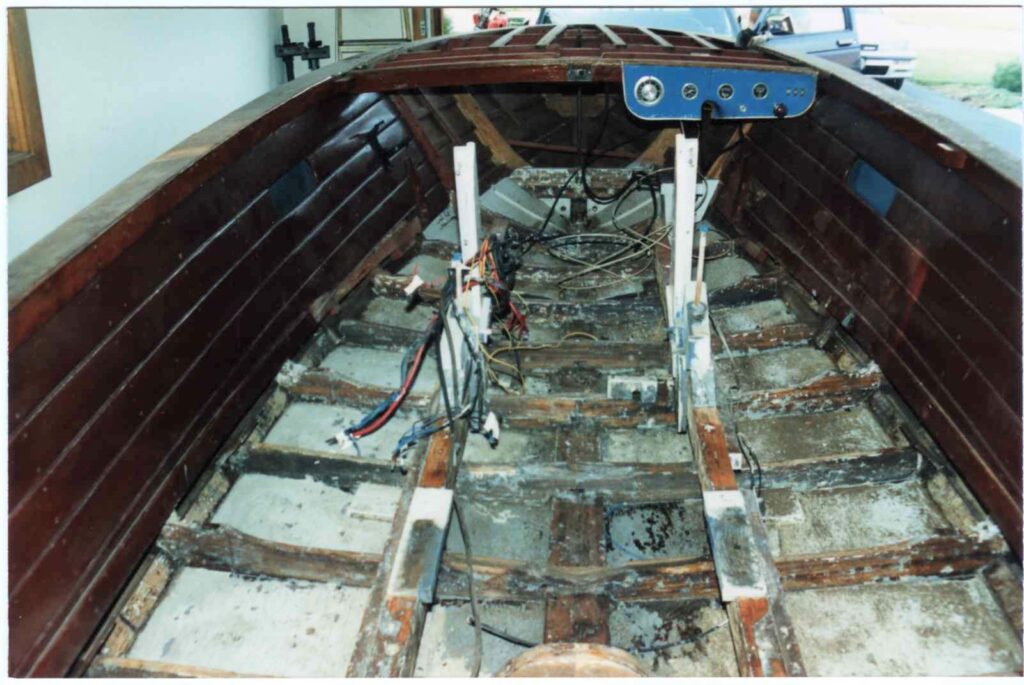 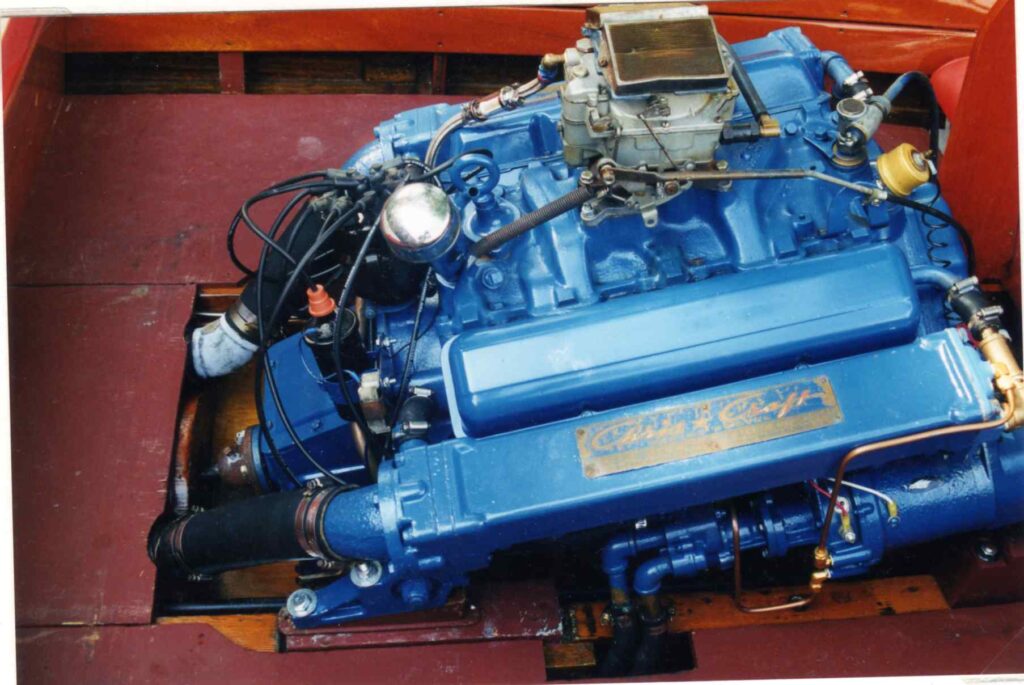 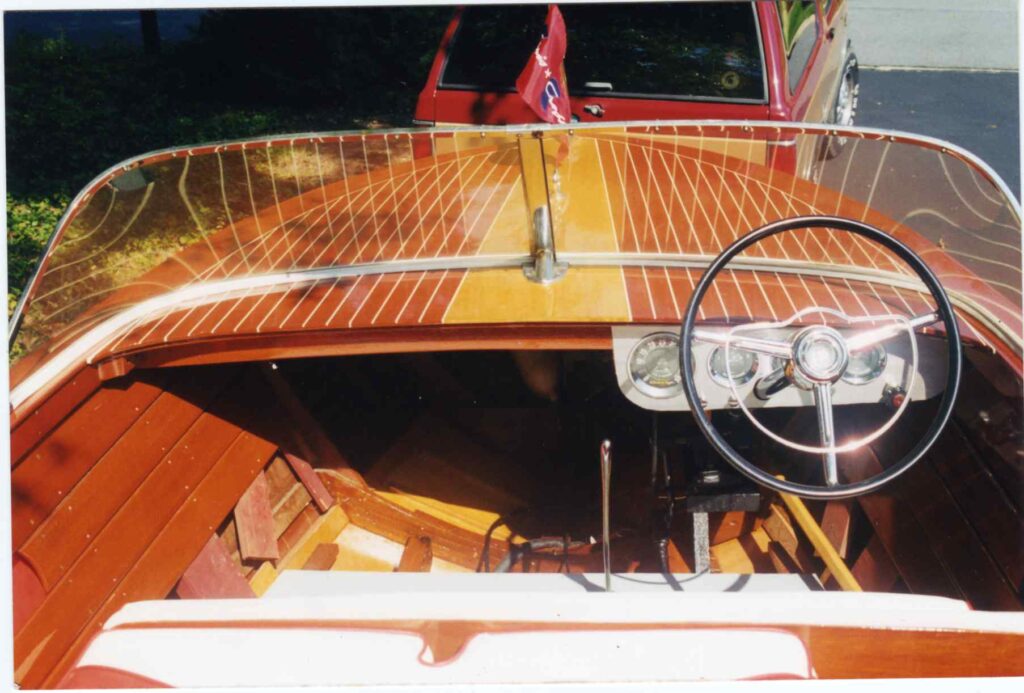