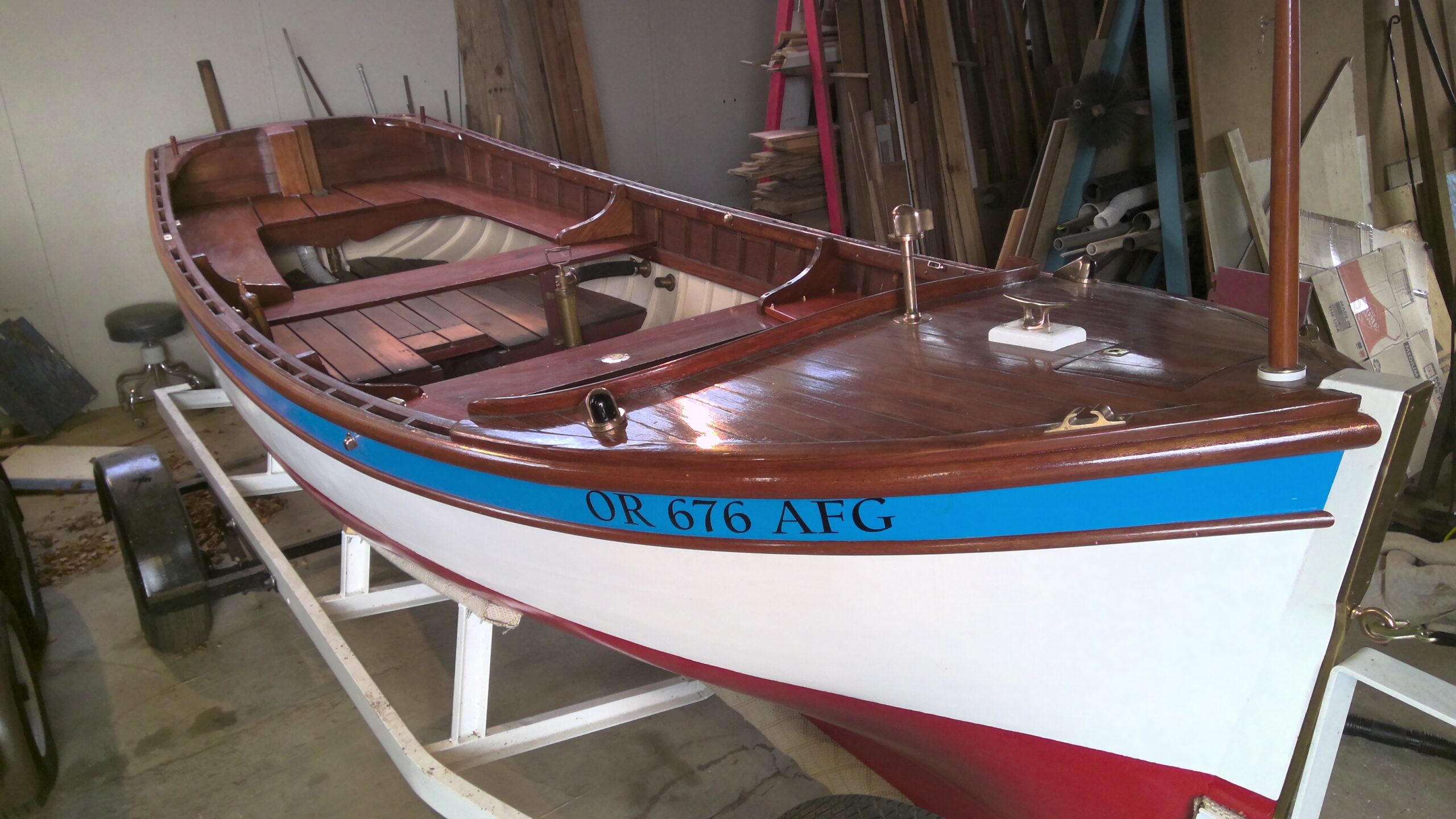 She’s a Monson which was built in Seattle on Lake Union some time last century. I tried to research the origins of the company, Monson Boat Yard, Inc, owned by Marty Monson from the mid 30’s to 85′ when the company ceased to exist. The boatyard burned down sometime in the late 60’s or 70’s so any records were lost. The company was different from others of the era in that he built one-off boats and never did production builds. There are examples of cruisers in the 45′ to 55′ range still in the Puget Sound area but my research reached a dead end.

This little captain’s launch was acquired on Ebay around 2016 in the South Los Angeles/Newport Beach area from a private party that bought her at a sheriff’s auction at a towing company. My brother-in-law Tom and nephew Brett hauled her North during a visit to Oregon that summer.

I’m pretty sure she’s one-of-kind and likely was used as a true workboat all her normal life. Every screw, bolt, and piece of hardware including the engine was loose! My thought was that she just needed saving! I’m just about done with the carpentry and will tackle starting and installing the Universal Atomic 4 engine this spring. I worked on it a couple years ago. The engine block is from 1977 and since I’ve NO idea how old this boat is, her name is Mid-Century Rumours (Rumours album by Fleetwood Mac came out in 1977!).

Once (and if) it runs OK I’ll finish the engine cover and a bimini (surrey type) top, which she did not have, and re-christen her a picnic boat. 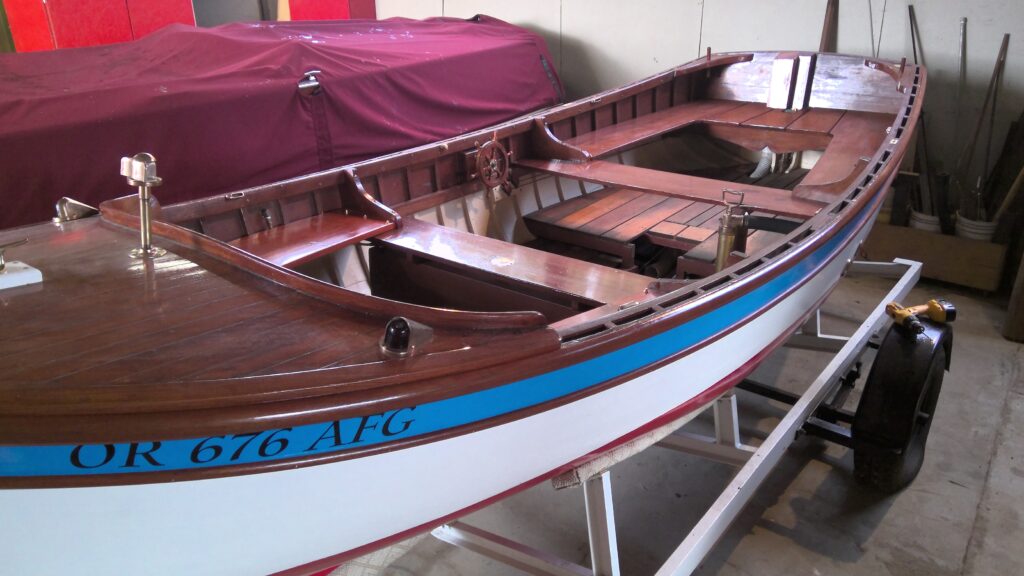