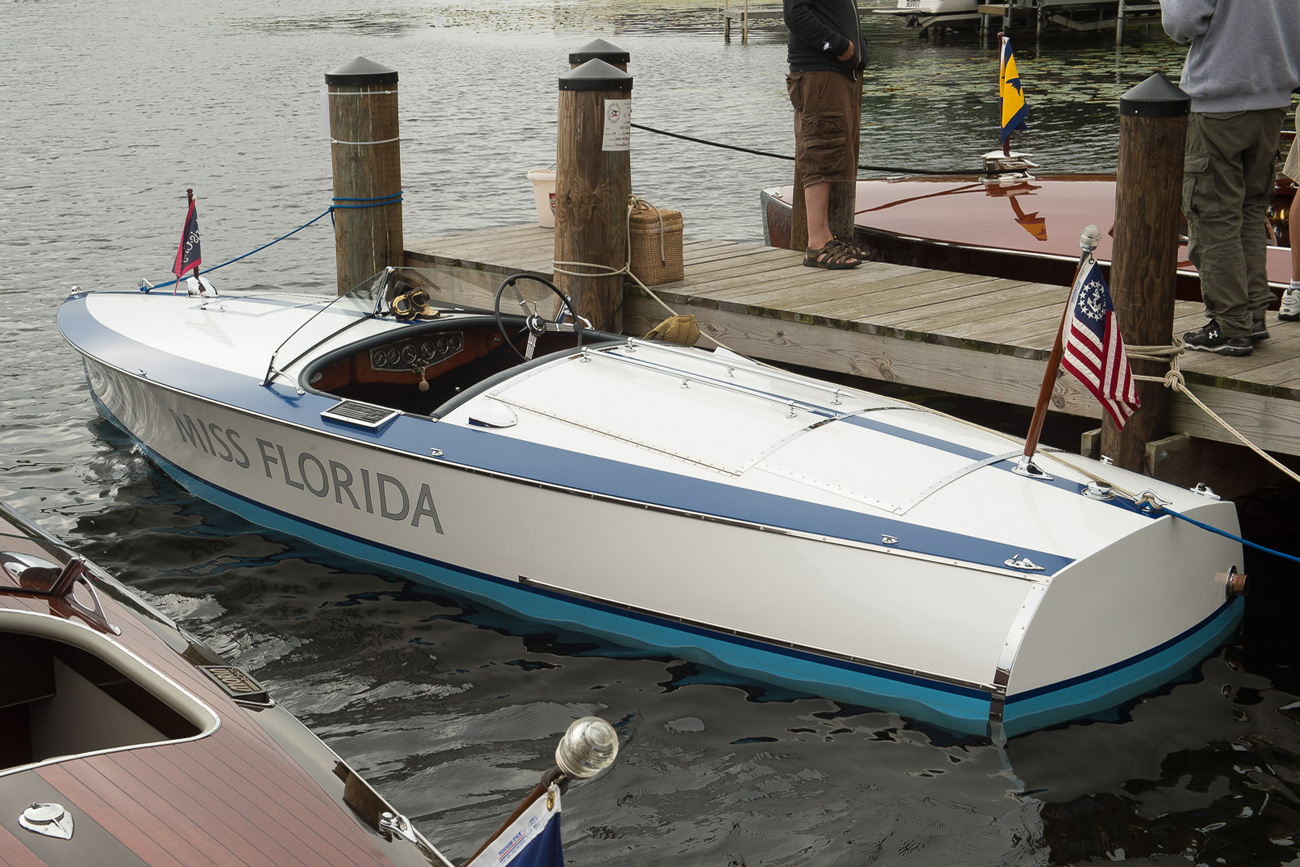 This 2015 Gold 1937 Race Boat is owned by John and Benny Williams who are members of the Chesapeake Bay Chapter of ACBS.