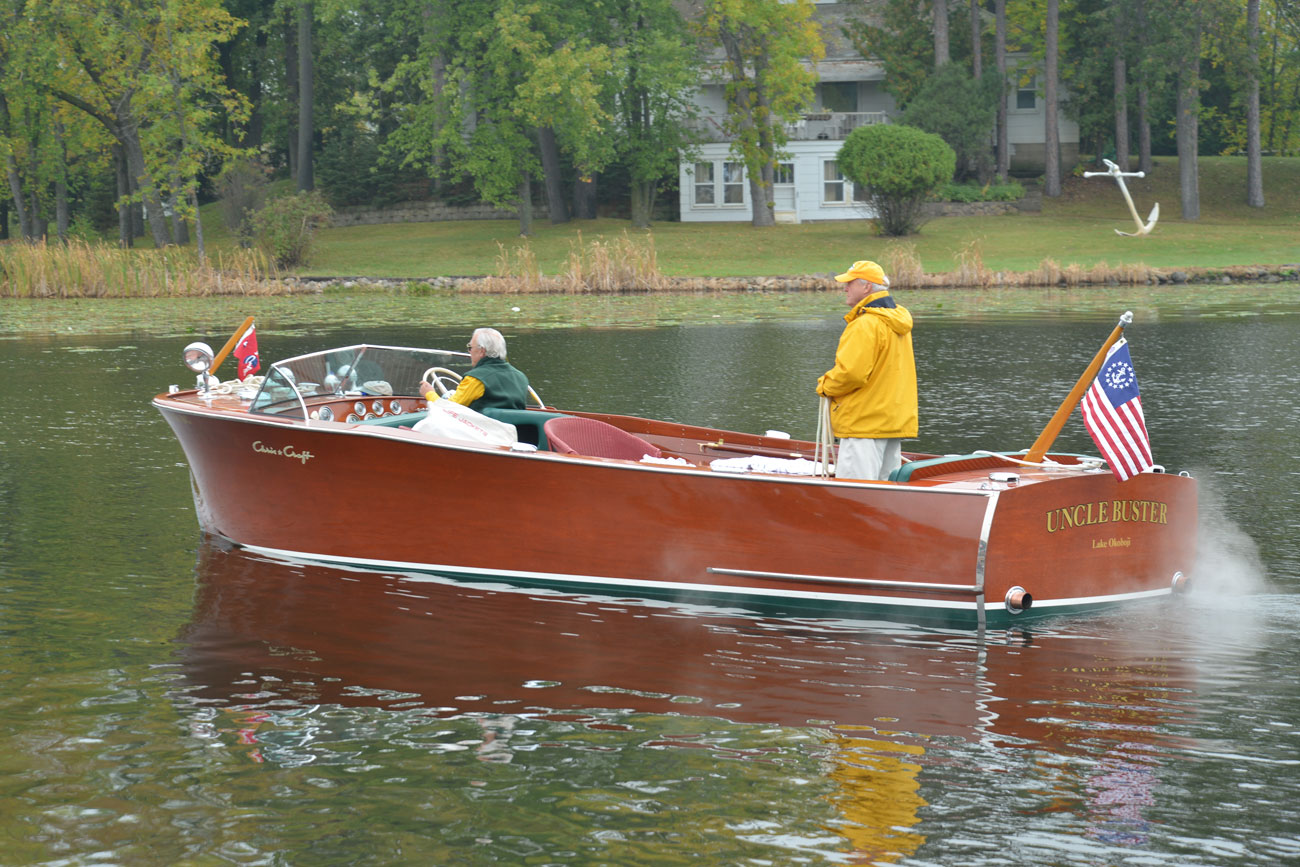 “Uncle Buster” was part of the Classic Utility Restored Class for judging at the 2015 ACBS International Boat Show held at Gull Lake, Minnesota.