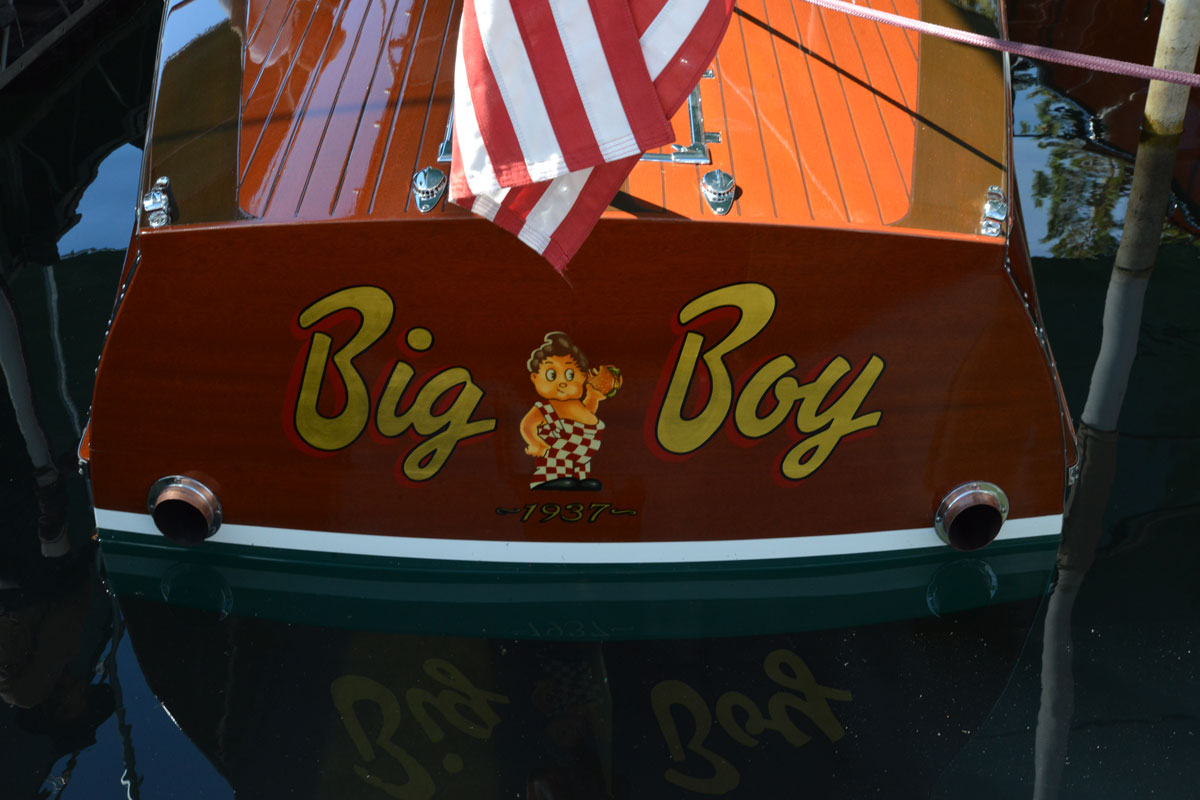 Big Boy was entered as an Antique Runabout, Restored in the 2016 ACBS International Boat Show held at Lake Tahoe where she received a Platinum Award as well as the People’s Choice Award.  She is owned by Stephen and Janice Hamill, members of the Northern California/Lake Tahoe Chapter of ACBS.

The following description of Big Boy is registered in the ACBS database of vintage boats submitted by the owner.

Big Boy is 1 of only 10 Gar Wood triple cockpit Custom Runabouts that were equipped with this powerful V-12 engine, only 7 are still known to exist. The first was delivered in August, 1934. Six of the 10 original high powered triple cockpit Gar Woods were sold by Jake Obexer, Lake Tahoe, CA.

Big Boy was first restored in 2002 in Southern California. Sierra Boat Company completed a second comprehensive restoration in 2013, to address pervasive dry rot discovered in 2011 which had spread since the first restoration compromising the structural integrity and safety of the boat.

Big Boy has appeared in ads for Serengeti Sunglasses, with Val Kilmer, Mercedes and a German merchandise catalog. 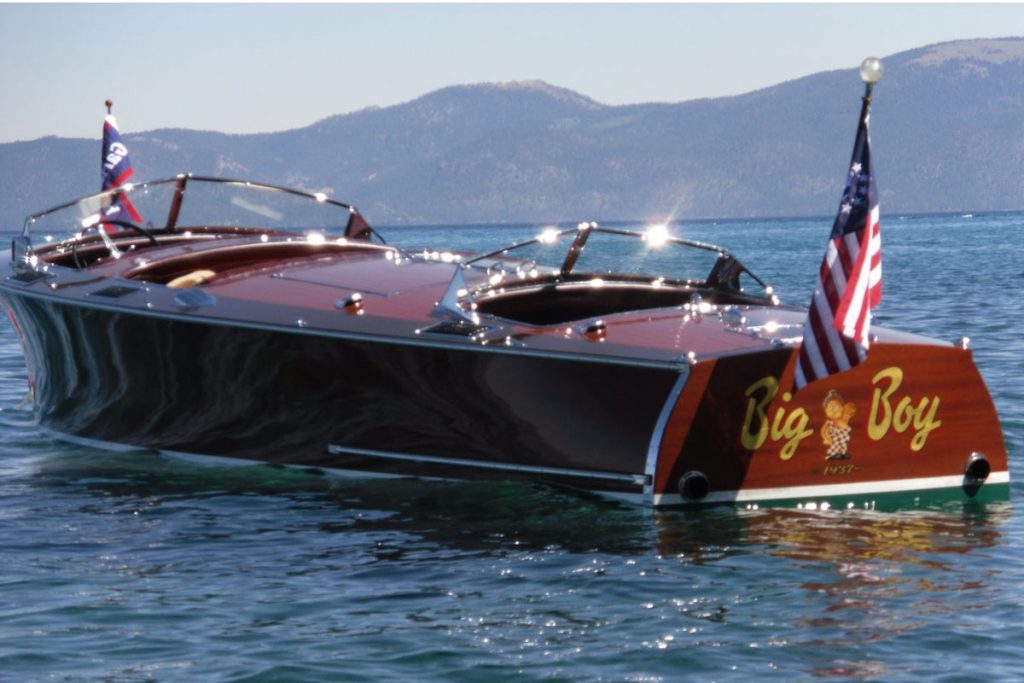