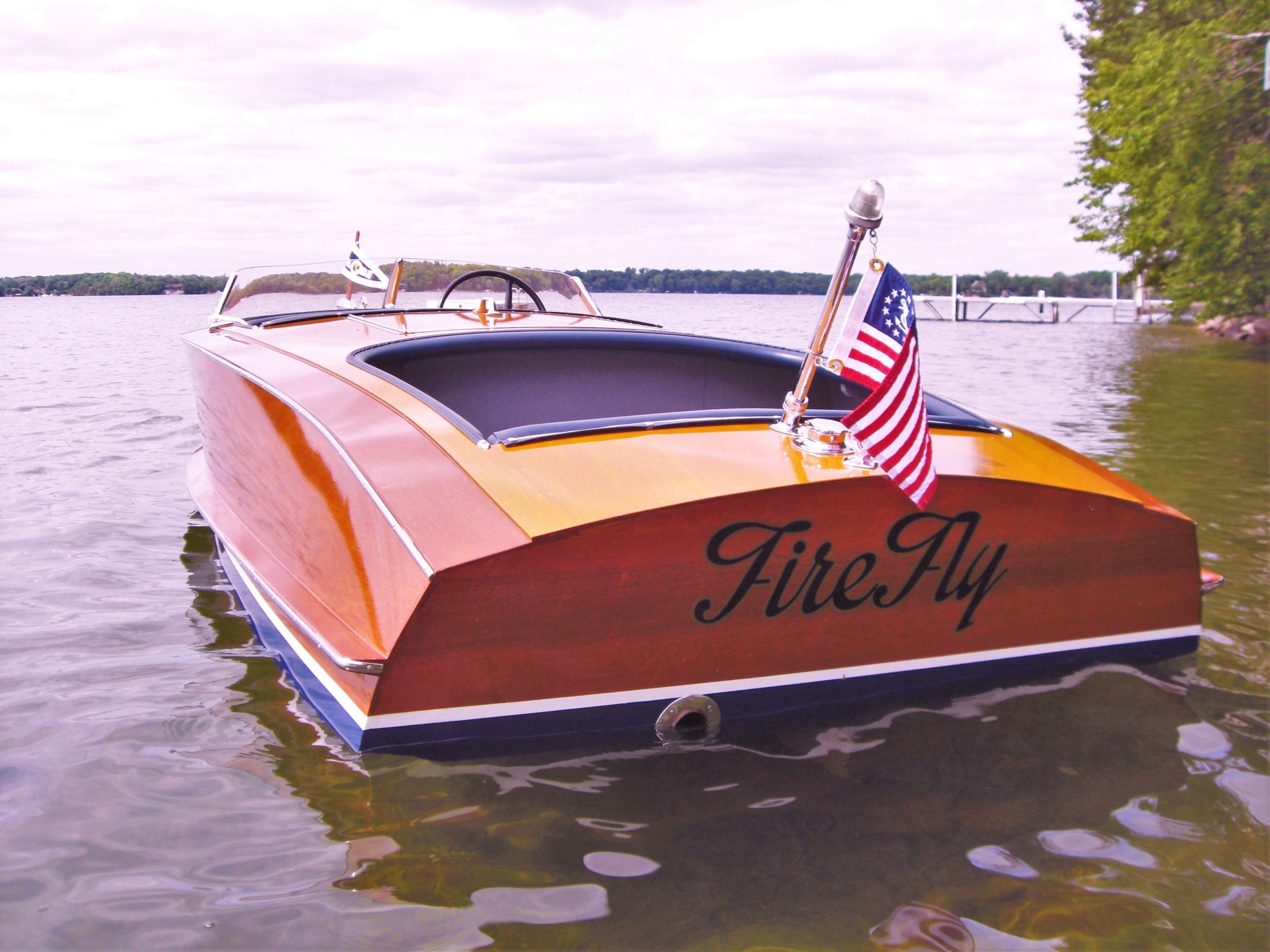 Those of us who belong to ACBS have read articles and seen pictures of dozens, perhaps hundreds of makes and models of beautiful old wooden boats. Some makes and models appeal to us more than others. Sometimes the lines of a boat just take your breath away. It’s hard to explain why, but it happens to us all. I don’t recall where I first read about the Globe Mastercraft and saw pictures of the little inboard runabout they produced for several years in Williams Bay, Wisconsin, but I do remember my reaction, “Wow, that is a beautiful boat”.

Several years ago, I was at Sunrise River Boatworks in Forest Lake, Minnesota. As always, I took some time before heading home to wander around the shop. They were just finishing the restoration of a 1950 Globe for a fellow from southern Minnesota. The boat looked fantastic; the lines of the boat were even prettier than what I had seen in pictures. I mentioned to the shop owner that I thought the boat looked great. Being a good business guy, he said, “If you really like it, I know the guy who owns this one very well and I know that he has another one in his barn that he might be willing to sell. A few weeks later, I was the owner of a 1950 Globe Mastercraft in need of a “lotta love” and a full restoration!

Fortunately, the Sunrise River crew was up to the challenge This project began with a stripped hull frame, a pile of plywood pieces that had been removed from the bottom, sides and decks during an earlier restoration attempt, an engine/transmission in need of a rebuild and a collection of original components in an assortment of boxes. It reminded me of the model kits we put together as kids – lots of pieces that hopefully would all come together and make a boat! My wife Kathy asked on several occasions about seeing our “new boat”. I cautiously explained that it wasn’t really a boat yet, but when it was a boat, we’d go see it! The next spring, we made a trek to Forest Lake to see the boat for the first time. By then the frame had been fully rebuilt, the bottom and decking has been installed, bottom painted, stain and a couple coats of varnish applied. She thought it was “cute”. Whew, that was a relief!

There was a lot left to do, even though the Globe now looked like a boat: seating to be framed, engine and transmission to be rebuilt, gauges to be restored, fittings to be rechromed, upholstery made and lots of assembly to be done. You all know the drill. It quickly became apparent that the boat would not be done in time for that boating season, but well on track for the following year’s boating season, maybe sooner. That got me thinking. Wouldn’t it be fantastic if the boat was done in time for the Minneapolis Boat Show? Shooting to have the boat done by the winter boat show would ensure that it would be done in time for the following boating season and what a great place to show such a unique little boat! The crew at Sunrise River agreed that completing the boat in time for the Minneapolis Boat Show was a reasonable goal and assured me that his team would have the boat “show ready” in time.

The Sunrise River crew put their finishing touches on the boat just before the Minneapolis Boat Show which is held in late January every year. Upon arrival at the Minneapolis Convention Center I learned that my Globe Mastercraft would be one of three boats on display that all had been designed by Brooks Stevens – my Globe, the one-of-a-kind Heli-bout, and a Cadillac Sea Lark!