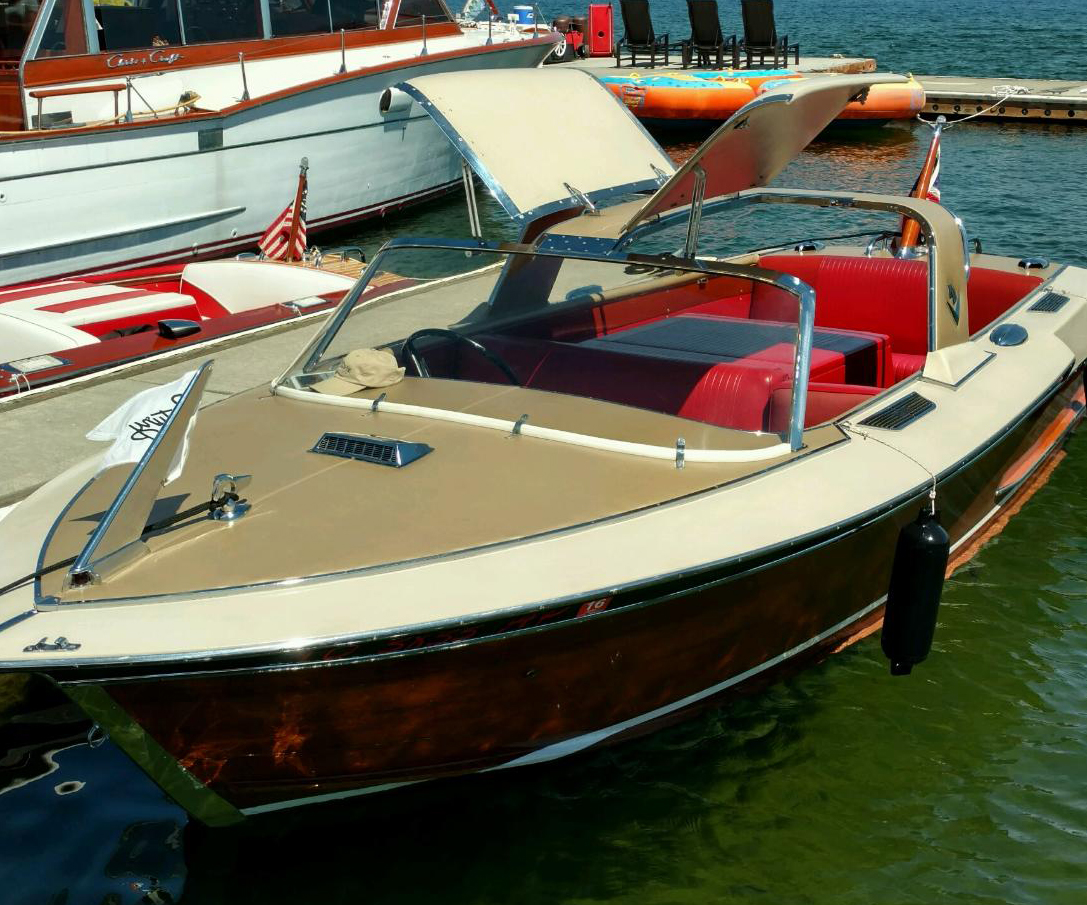 “007”, named because of its Gold Wing Top appearance, was one of Jim Grant’s favorite wood boats during his summers on Payette Lake in McCall, Idaho as a young boy.

Two boats on the lake especially stuck in his memory during the 60’s, both Centuries, a Sabre and an Arabian.  As an adult remembering those nostalgic summers, Jim asked his friend, and wood boat expert, Jim Winslow of McCall to possibly locate one of these old classics.

With success, Winslow found this 1966 Sabre in Truckee, CA where a friend of his had purchased it from a family in the Tahoe area.  The Sierra Boat Works had restored and maintained the Sabre all of its life.

After making the trip to Truckee, Winslow returned to McCall with the Sabre in tow on a rickety old 1930 trailer.  With a little polish here and there, Grant has enjoyed the Sabre’s unique look, as have many others in the McCall area.  In 2009, the “007” was the proud winner of the Payette Lakes Chapter’s “People’s Choice Award”.  Now in 2016, it received the prestigious award from the ACBS of “Most Original Boat”. 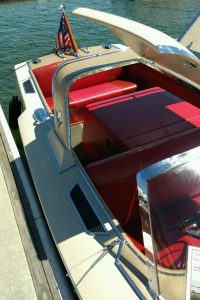