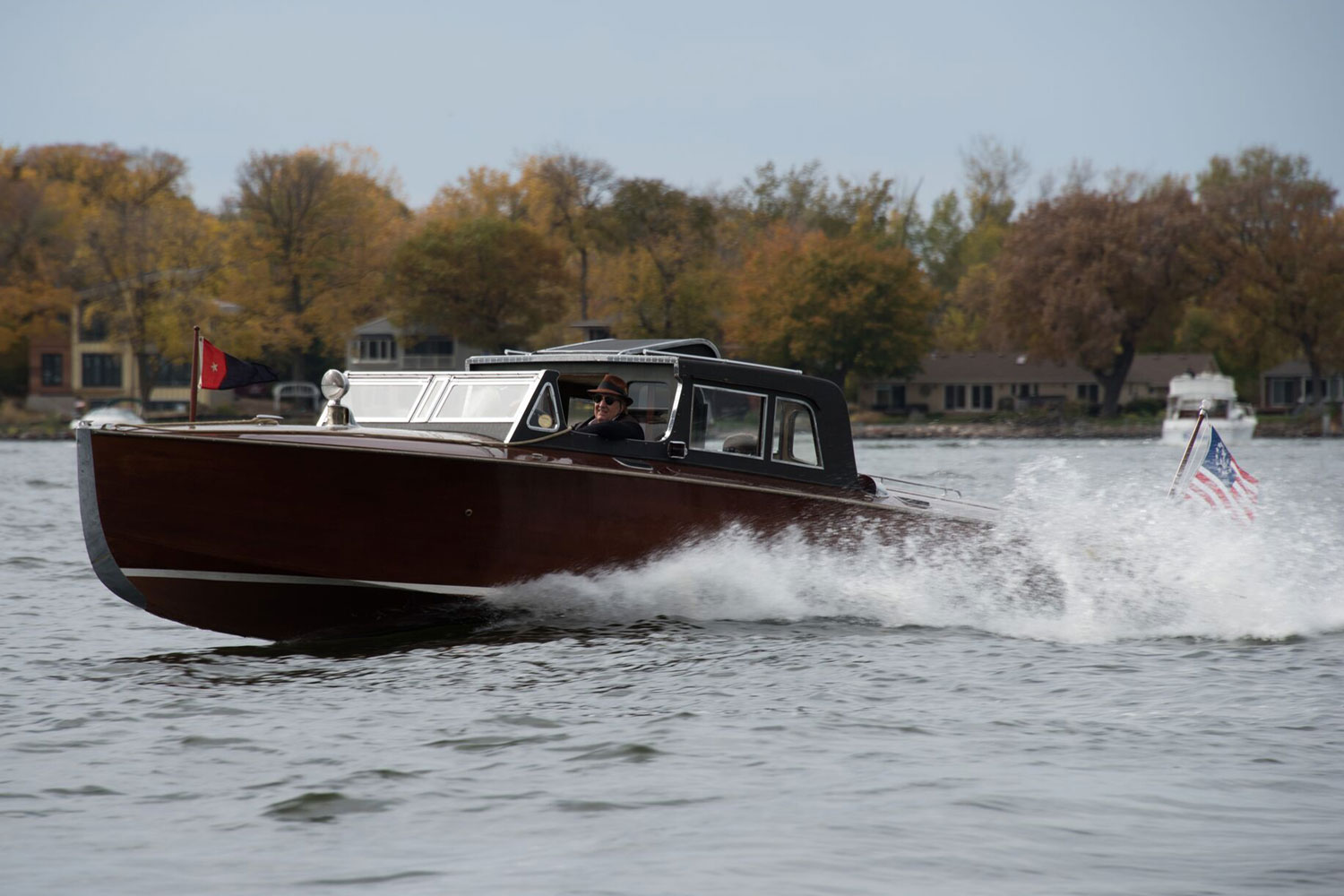 She was delivered new to Rainy Lake, MN, as an island commuter. John T. Fitzgerald (as in John Fitzgerald Kennedy) wanted a suitable all-weather transport for his wife, Janet.

The ‘Miss Janet’ was designed as a chauffeur driven town-car affair. The passenger salon was entered with two step-pads to a sliding rear entry step down into the cabin. It sports roll-down windows, hand-blown glass flower vases, and, of course, a cigar lighter as well. The dual doors that separate the chauffeur from the passenger kept it quiet and dry.

She was chosen to receive the Bob Speltz Land 0 Lakes 2016 Most Original Award.