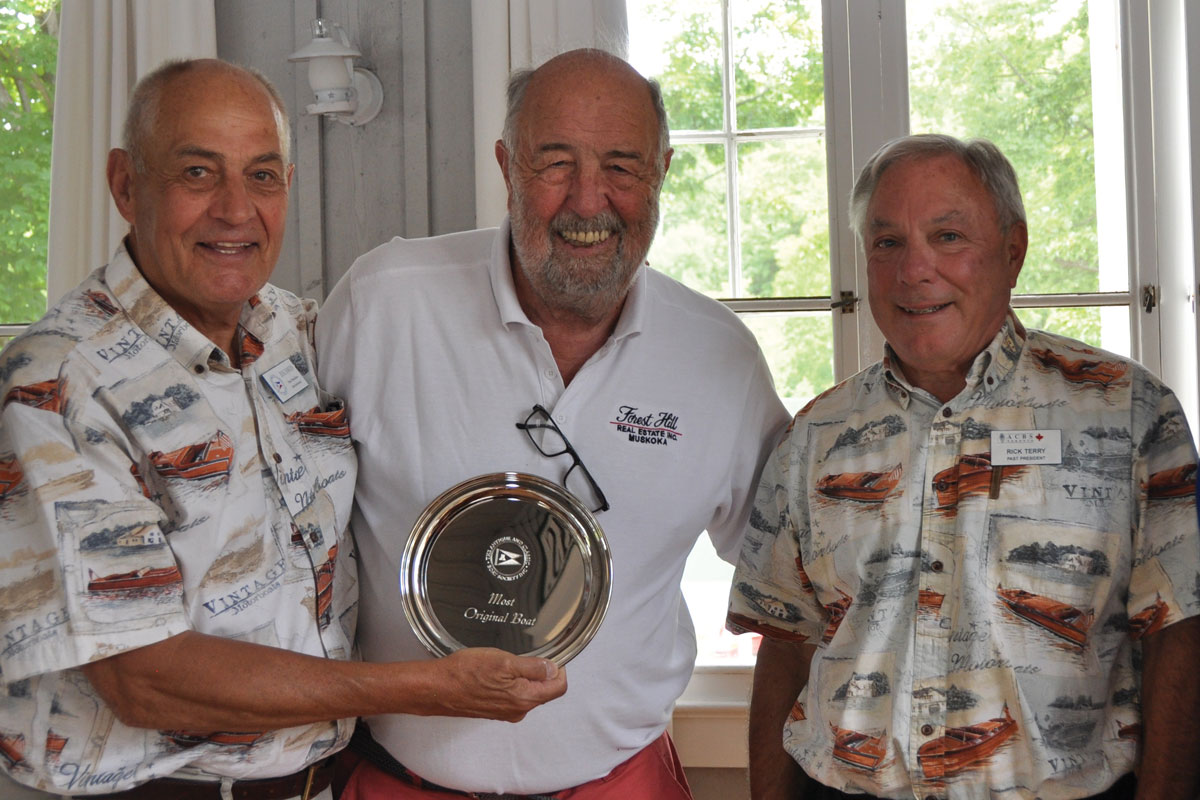 “Riverdance” is Jim Grand’s c1910 Canadian Canoe Co. Canoe in the Historic class was awarded the Most Original Award by the Toronto Chapter.

ACBS provides each of its chapters with a Most Original Award to be given at a chapter boat show to honor a boat that has been preserved over time, as nearly as possible, to how it was originally built.  Pictured here is Dunc Hawkins, past president of ACBS International, Jim Grand receiving the award, and Rick Terry, ACBS judging committee chair.  All are also members of the Toronto Chapter.

Jim Grand, an avid collector of antique and classic boats (he says he just ‘finds’ them), discovered Riverdance about five years ago in an antique shop. The boat is from the bottom of the Canadian Canoe Co. production line and is made primarily of inexpensive basswood. The boats were finished in whatever colours happened to be on hand – in this case, blue and yellow.

Jim’s own love affair with wooden boats began with his father’s 1961 Duke. Not sharing the same feelings about the boat, his father sold it in 1964. After his father passed away, Jim set out to find the boat with the help of Ed Skinner. Seven years and seven owners later, his search was completed in 1985.