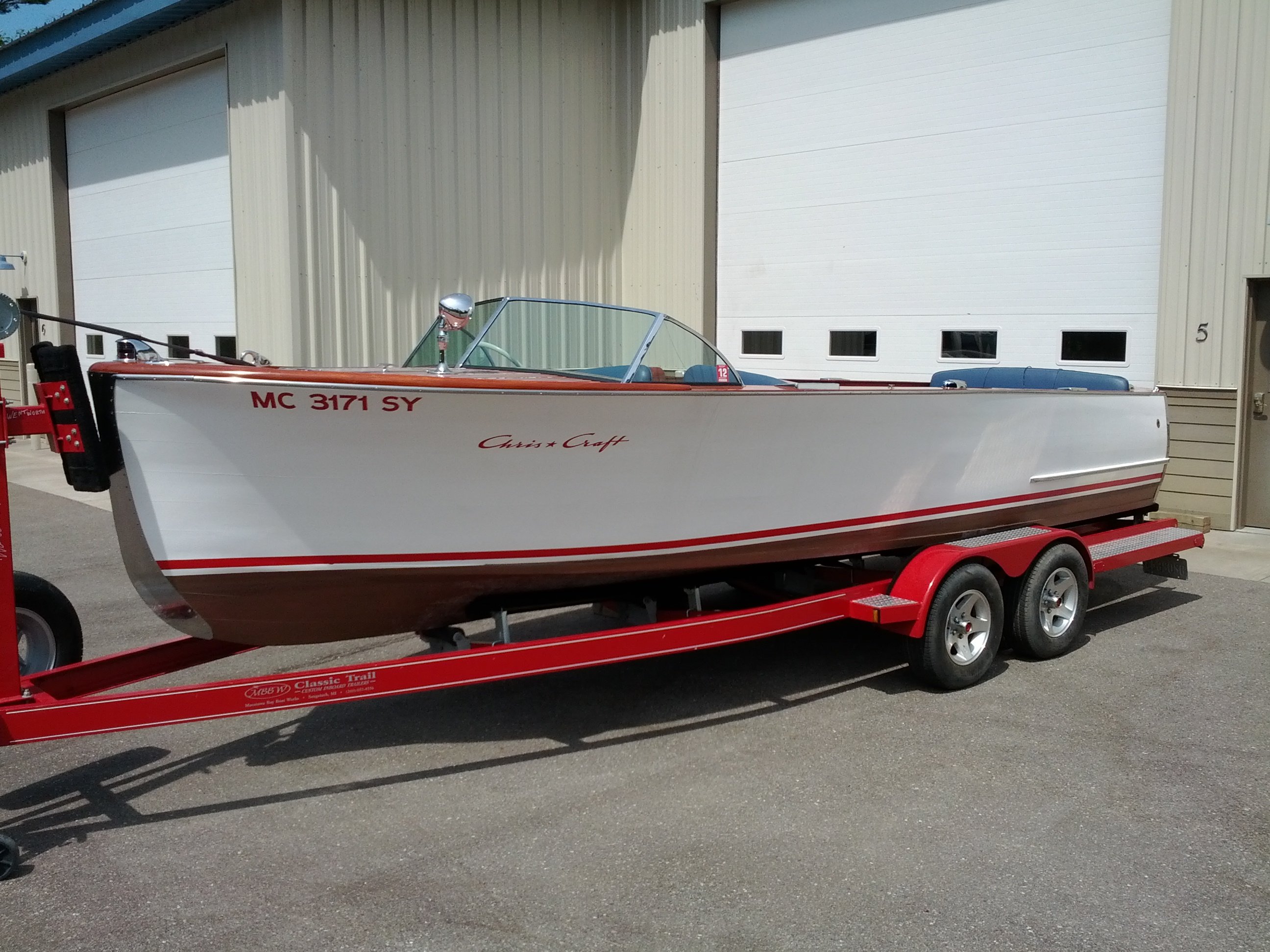 Many of the boats in today’s Tuesday Tour of Vintage Boats are from the Michigan area. Dennis Hansen, a member of the Water Wonderland chapter, is seeking help in finding the ownership history of his Chris Craft U-22 (Hull #U22584). The boat was originally shipped to a Cleveland, Ohio boat store that no longer exists. Dennis purchased the boat in 2012 in Petoskey, MI. You can reach Dennis by email at [email protected] 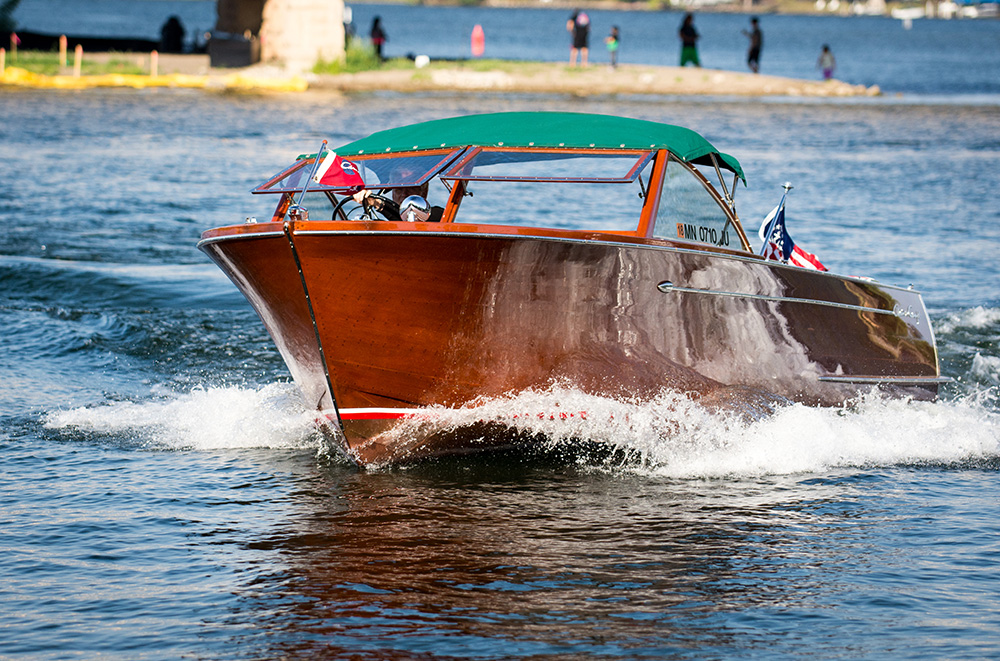 Owned by Robert Riesberg, a member of the Bob Speltz Land O’ Lakes Chapter, MOJO is a 24′ CC Sportsman on Lake Minnetonka, Minnesota. Shown in fresh varnish on Wayzata Bay in late summer of ’18. She was formerly used by the previous owners on Lake Geneva and, later, Lake Champlain. Photo by Brian R. Martens. 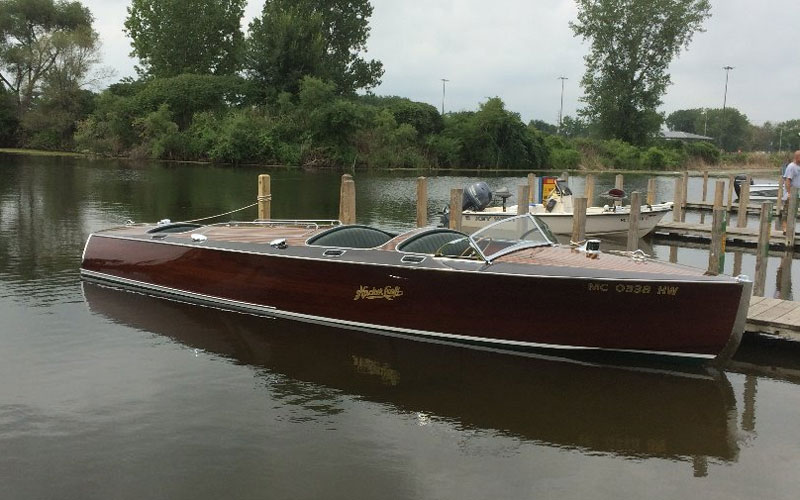 Talaria is a 26′ Hacker triple built in 1939 with a 1939 Kermuth Sea Wolf engine. Talaria is owned by Steven Alexy and Stephanie Hames. 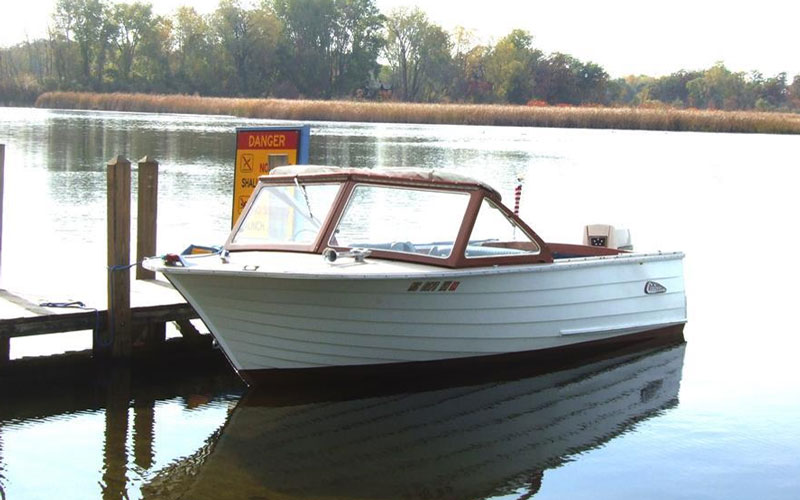 This 1963 boat is a Cruisers Inc. 18-foot Commander model. She is powered with a 75 hp Johnson outboard. This Cruisers Inc. is owned by Thomas and Lois Deptulski. 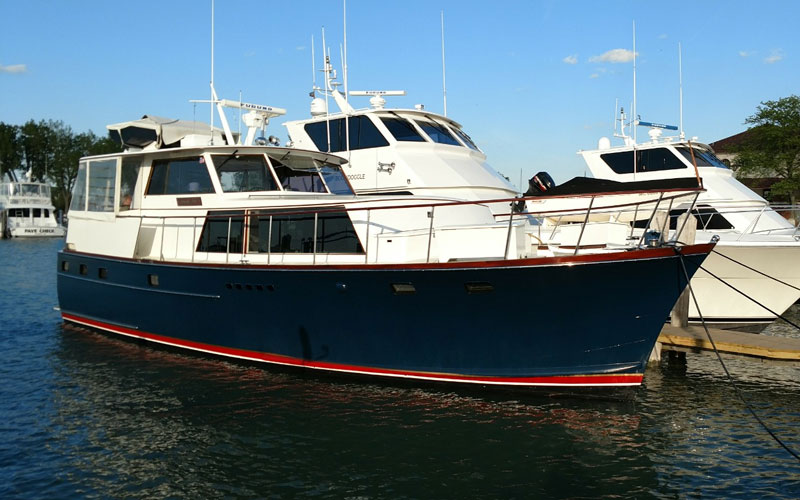 Sami and Destiny Al Jallad own this 1973 Stephens 47-foot Cabin Cruiser.  Her beautiful name is Serenity Now.  She is powered with a 1973 Detroit Diesel 671 engine. 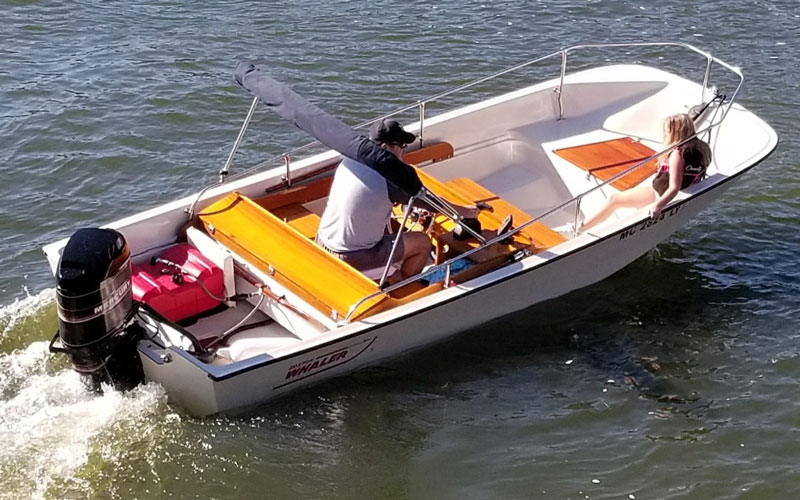 Built in 1984, this 17 ft. Boston Whaler Super Sport is owned by Dennis and Veronica Mykols. This model was only built for five years from1984 through 1989. This mostly original example had a makeover in 2017 with all the wood stripped and re-varnished and the hull wet sanded and buffed to a high luster. The Original 1984 Merc “Tower of Power” is in excellent condition for its age and runs great. 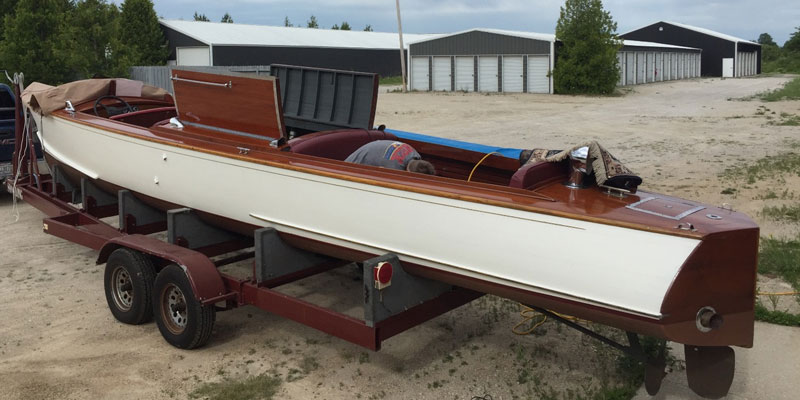 To close out the Tuesday Tour today, are two boats that were built almost 100 years apart.  Above is a Historic (built prior to 1919) boat named Sooo Long.  She is 30 feet long!  Built in 1918, Sooo Long is a Leyare Launch with a 100 hp engine. She is owned by William and Heather Andersen. 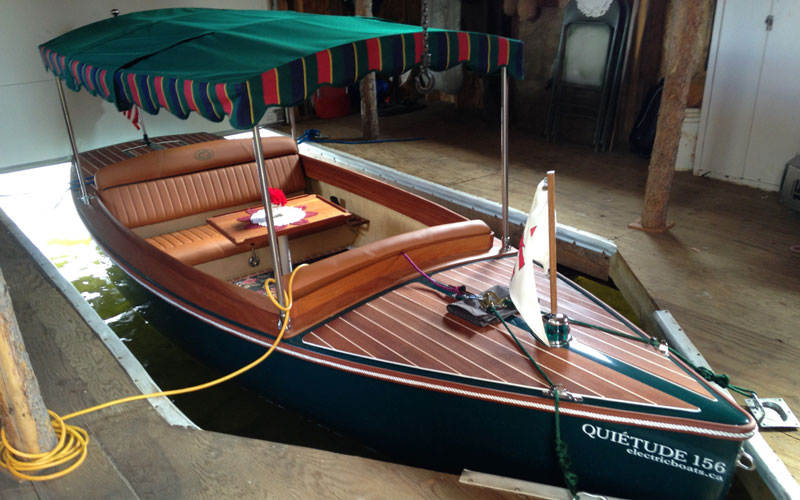 This last boat is in the Contemporary (wooden boat built in the last 25 years) Age Classification. Built in 2015,  Whiffenpoof is a 15 ft Canadian Elect. Boat model 15. She is owned by Jane Kemp (Rocky Mountain Classics).  Whiffenpoof is a reproduction fantail launch powered by a MinnKota Electric 1 hp motor.  It weighs 600 lbs. and can travel 8 hours on a charge.