For the love of Peterboroughs 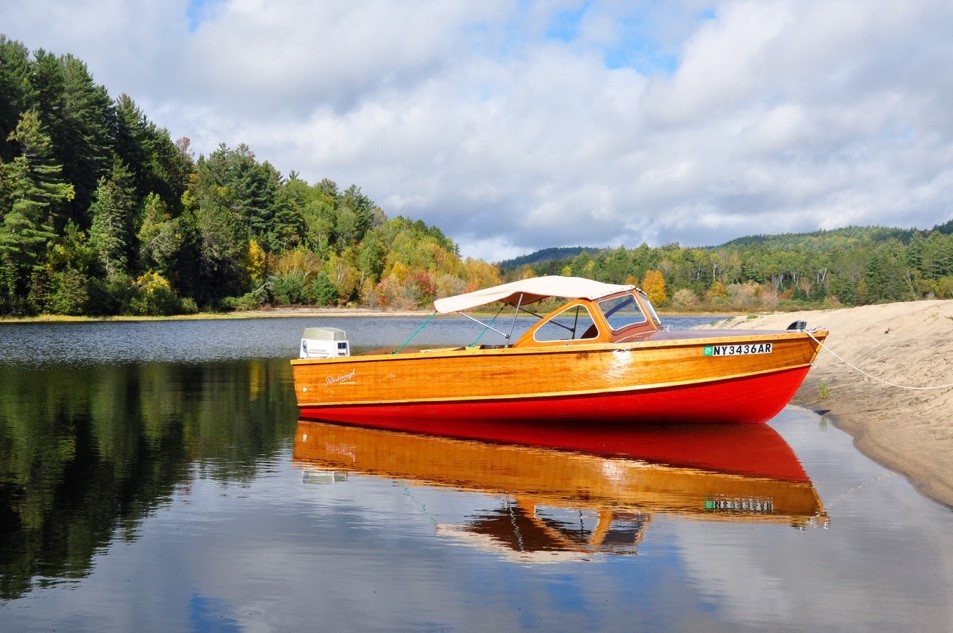 By Jeff Birtch members of the Niagara Frontier and Adirondack chapters

I was first drawn to the legendary design of the Peterborough in the summer of 1976, when friends invited us to an old hunting and fishing club. Their cabin was one of about 25 nestled among the wood-lined shores of a stunning glacier lake in Western Quebec.

We were in awe of the Club’s rustic charm – no electricity, no running water, no phone or Internet – we were truly off the grid with little connection to the outside world. The serene lake was lined with longstanding, wooden and log cabins, complimented by the elegant wood boats docked ashore. Enamored with this remote paradise, we immediately purchased the cabin next to our friends, and so began our 40-year love affair with the land and the people of the Club.

My first Peterborough was purchased in 1979. It was a 1932 15’ Lakeside, which was beautifully restored by Jim Potter and Miller Potter Boats in Ottawa, Ontario. My son, AJ, has loved the boat ever since he took over ownership on his 14th birthday, 20 years ago.

My second purchase was a 1929 18’ Peterborough Admiral, also lovingly restored by Miller Potter. This is powered by a 1957 fully restored Johnson 18 hp motor. Over the years, there were at least three different models of the Admiral, the primary difference being the deck design.

My third Peterborough, and by the far the most popular with my family and the Club, is our 1956 16’ SeaFarer. It was purchased in nearly mint condition in 2015. The convertible top sets it apart, as does the 65hp 1962 Evinrude with an electric outdrive. This engine was only produced for two years. Consequently, very few parts are available, and a major failure will be its last. I have my eye on a 1956 35hp electric Johnson, which I think would be just right.

Over the last decade, many of the remaining Peterboroughs at the Club have been restored by Miller Potter. There are 24 Peterboroughs that remain, and another 12 boats that were unfortunately lost over time.