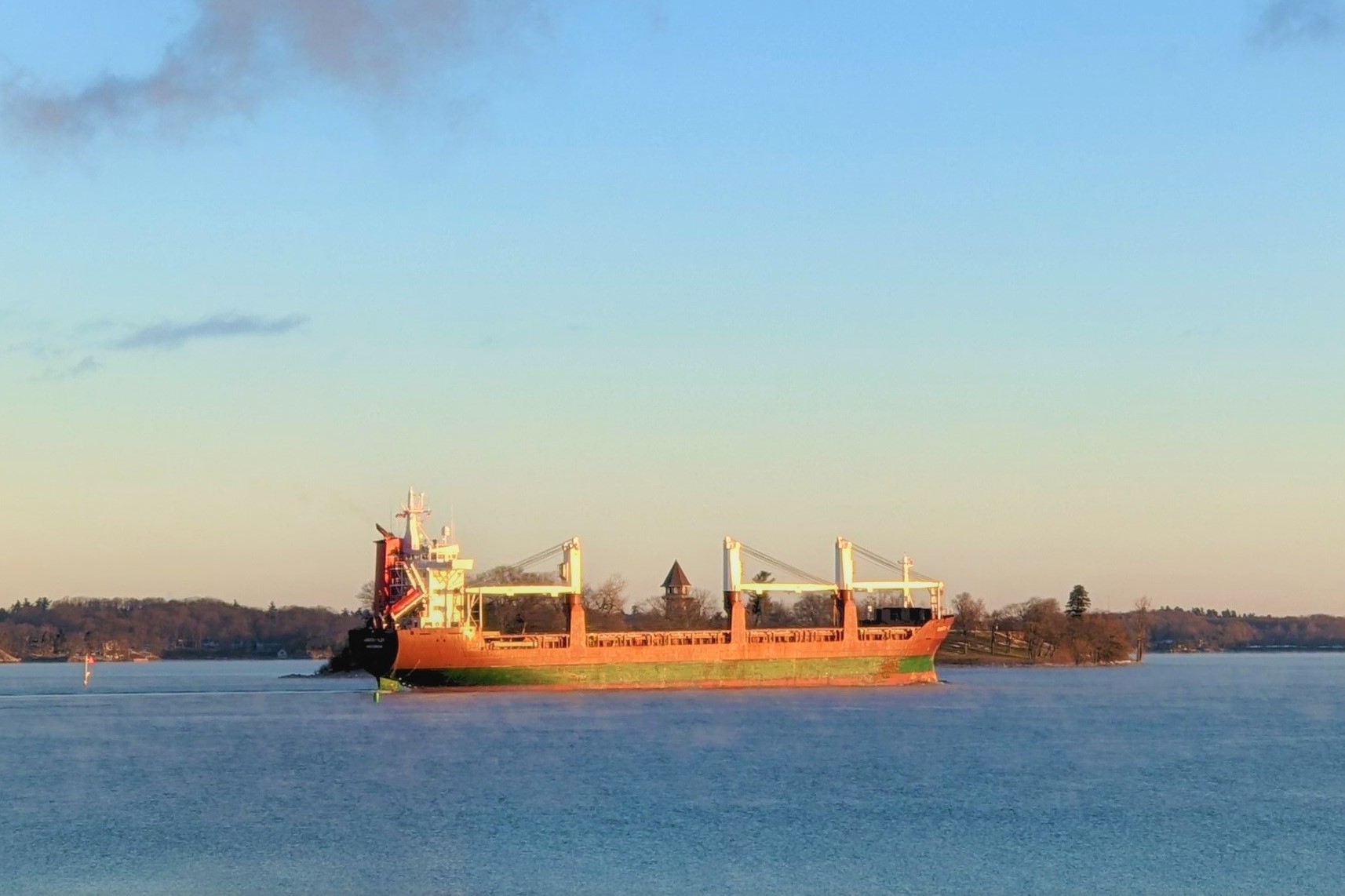 Here in Clayton most of the boats, including all of our beloved classics, were put to bed for the winter a number of months ago. There remain just a few boats on the water, mostly those of local contractors and fishermen, but also the ships that sail the St. Lawrence Seaway delivering cargo to and from ports along the St. Lawrence River and throughout the Great Lakes. The end of December marks the end of the shipping season, and last week the larger lighted channel markers were removed and replaced with the smaller unlit winter buoys. Soon the River will hopefully completely freeze over, leaving ice boats, snowmobiles, and even trucks as the River’s three modes of transportation until the ice breaker comes through and opens the channel once again in spring.

The past few days has been busy with ships making their final trips of the season as they hurry to get to their winter ports. One morning last week, I caught one such ship, the red and green Qamutik, making her way past the Village of Clayton as the sun was coming up and the River fog was dancing on the surface. As is tradition, the captain of Qamutik sounded a three horn “long-short-short” salute to the villagers while passing by Calumet Island and Clayton. It was both a welcomed and sad sound because we villagers know it was both a greeting and a farewell from the captain and crew as one of the last ships of the season, and it is now time for winter to settle in.

Sending all of you, our ACBS members a three horn “long-short-short” salute this New Years! We can’t wait to see you all in the spring, and for those of you in warmer climates, we ask that you please keep sending us photos and updates of your wintertime boating fun!