Jumping into the middle of a Silver Arrow Saga 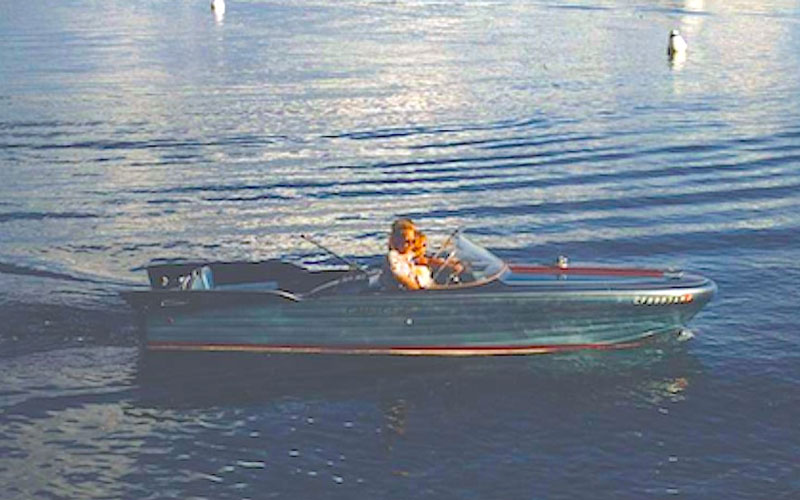 Follow the tale of patience in pursuing a dream and the continuing saga of making it come to fruition.  Chris Franz, Glacier Lakes Chapter, is sharing such a story with us today.

So it starts out with me seeing a very rare Chris Craft Silver Arrow Prototype on Ebay for an absorbent amount of money.  Even with the high price tag, I decided to contact the owner.  After a few different conversations, I knew there was no deal that would be made.  So like many of us, I decided to just watch as things develop in the auctions.  The boat stayed on eBay for about a year and eventually it was sold off to its new owner. 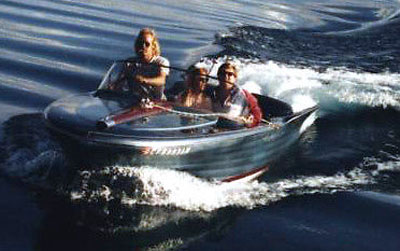 Then about 3 years later the Arrow surfaced once again on eBay.  And just as before, the boat had a very high price tag.  I did just as I did before and contacted the owner.  Again, it was quite obvious a deal would not be struck.  So the boat spent a fair amount of time on eBay.

In the meantime, I contacted the previous owner to try and find out what the current owner paid.  So after about a 3 hour conversation with that owner, I learned of the boats checkered past of death, deceit, and deception.  In his opinion, the boat was bad luck and should be avoided at all costs.  So with all this new info I thought well, maybe I should pass.

Hagerty also mentioned there are very few prototype boats in general.  In fact, at that time, they only had one in their registry.  So now, being armed with all of this new and somewhat strange information I continued to keep tabs on the boat.  The boat went off and on eBay, craigslist, etc. etc. for the next 9 months.  So eventually the owner quit advertising, deciding to keep it.

Another 6 months went by and I almost gave up on it, until my company needed me to bring a customer to a conference in L.A.  Being the boat was located in Long Beach, I thought about the possibility of seeing the boat.  And of course, now the current owner became unreachable.  So, while on the plane, I asked my company customer if he was interested in taking a day off from the conference to follow my wild goose chase.  He was 100% in and I wasn’t ready to pass up the opportunity to at least see this boat in person.  So after a few days at the conference, and no phone calls back from the owner, I decided to head out to Long Beach anyway.

Luckily the information I had was correct and we landed on the doorstep of the owner of the boat I had been waiting to see for quite some time.  He reluctantly answered the door and I had to use my best skills to get him to show me the boat.  The boat was in the very back corner of a 30×40 garage completely buried.  It seemed as if the man I had talked to previously was quite different than the person I spoke with before.  This made me wonder if he had fallen on hard times?  Feeding into the theory of the boat being bad luck…..  So we spent the next hour unearthing the boat until it could be seen from all angles. 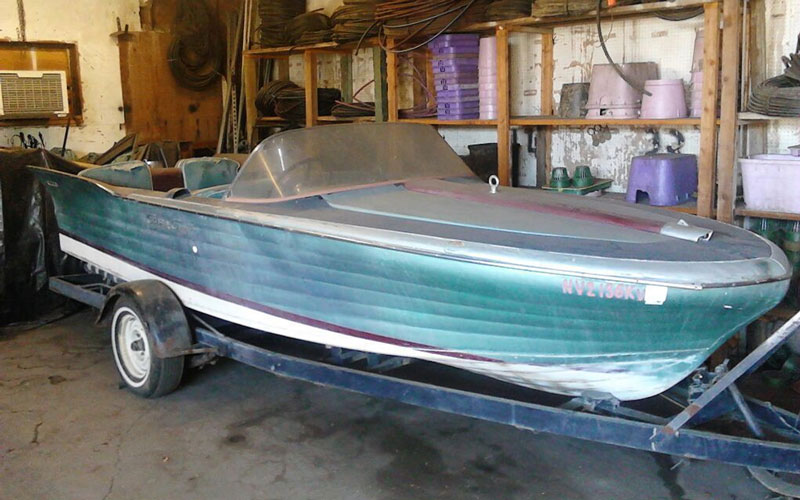 It was just as described, and was breathtaking even with the disrepair it was in.  And of course, just in case, I had cash with me.  So after a few hours of back and forth negotiation, I walked away with my customer laughing over the events of the day, a title to a Silver Arrow, and a grin that I’m still wearing today!

A few weeks after, the Silver Arrow finally made it to Wisconsin.  Coincidentally, my pontoon boat caught on fire the same day the Silver Arrow made it to my driveway, feeding into the curse of the boat.  But outside of that, I can happily report that life is good, and the Silver Arrow is currently being restored by Paul Cundiff at Woodies Restorations.  Paul’s team refers to the boat as Christine, due to the wild and crazy stories that the previous owner had spoken of.  All in good fun, Paul even had a psychic medium and a priest come to view and bless the boat, just to be safe…  In other words, its been a lot of fun getting to know Paul and the team at Woodies Restorations.  We are looking forward to being in the water this coming summer!

Thank you, Chris Franz.  We’ll be eager to hear about the rest of the story.

All viewers: this ACBS website welcomes your pictures and stories!  We love to even share with our larger audience what has already been shown to your own chapter and friends. Send  your pictures, reports, announcements, and boat biographies to [email protected]

This ACBS website belongs to everyone who appreciates antique and classic boats and boating. We hope you enjoy what is already on the ACBS website and think of ways you can be an active part of this community.