“On the Great Warpath”: Preview the 2022 ACBS International Show 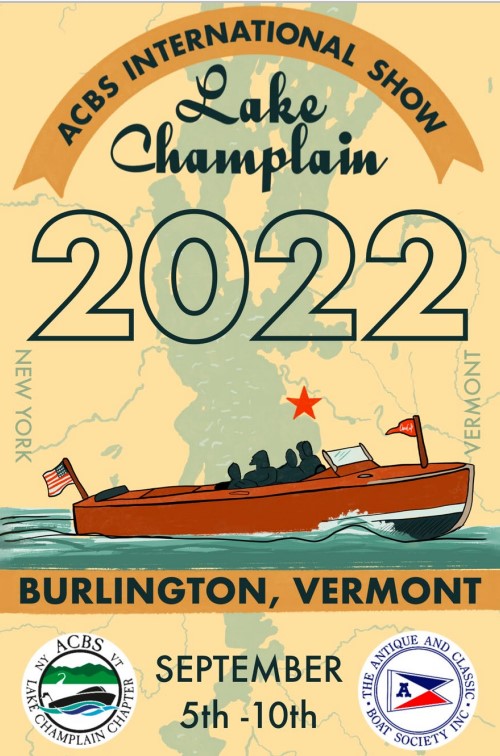 The Lake Champlain Chapter is pleased to be hosting this year’s Annual ACBS celebration in Burlington, Vermont, the week after Labor Day.  The Champlain Valley is at the center of “The Great Warpath” that witnessed most of the major conflicts that defined early North American history. For those that can spend more than the 3 days of the Show, please plan to spend extra time, and come for the early Chapter hosted events. There is much to see along our 120-mile pristine, mountain ringed lake. Bring your boat!

The locus of the events will be the new Burlington Harbor Marina on Burlington’s elegant waterfront, pictured below. The Chapter plans to populate the adjacent Waterfront Park with an array of attractions, including local artisans and crafters, exotic automobiles, vendors of vintage boating supplies, a display of historic racing sailboats, and of course a rich variety of Vermont delicacies – all within easy walking or shuttle distance of the event’s hotels and the downtown “Church Street Marketplace.”

Beyond the immediate waterfront activities the Lake Champlain Chapter will host pre-events throughout the week at storied locations along the Lake that will be accessible by both boat and land. For the more adventurous attendees there will be two multi-day cruises to the show site, one from Montreal, Quebec, via the northern route and one from Kingston, New York via the southern route. Yes, Lake Champlain connects to the Atlantic Ocean via both the St. Lawrence and Hudson Rivers! 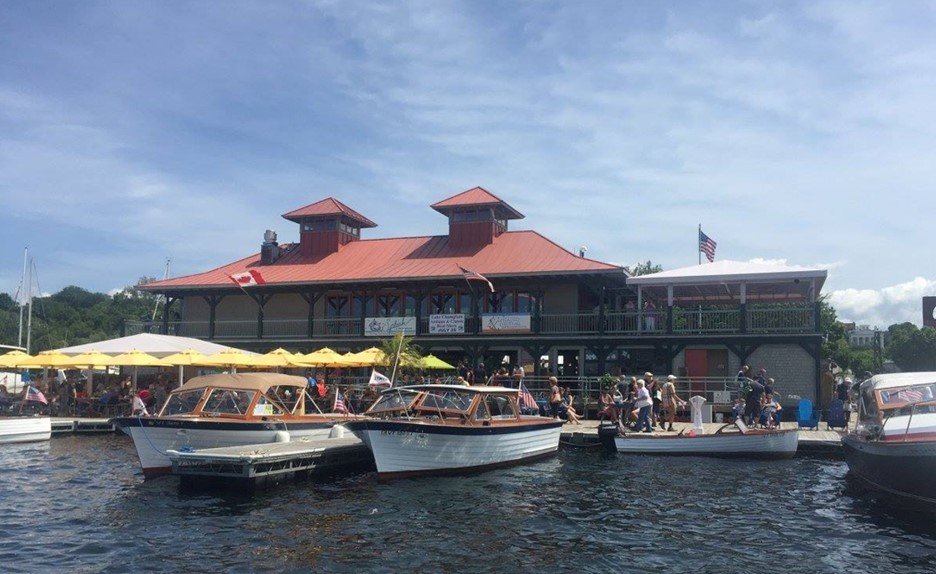 If you are interested in spending a week but won’t be cruising all the time, there are many beautiful rides to be taken and historic sites to be explored. These include 1) the Saratoga National Battlefield where Washington’s Continental Army defeated “Gentleman Johnny” Burgoyne’s larger army of seasoned troops. This set the stage for the critical intervention of France that led to the US victory at Yorktown and subsequence independence. 2) The handsomely restored Fort Ticonderoga where Ethan Allen and Benedict Arnold captured the cannons that drove the British out of Boston; 3) Plattsburgh and Valcour Island where heroic patriots prevented the British from driving south to split the colonies in the Revolution and War of 1812, and 4) The Canadian Ile aux Noix on the outlet of Lake Champlain from which the British launched their successful campaign to drive the French out of Canada in the French and Indian War, and from which the Americans launched their failed attempt to enlist Canada in the Revolution. There are too many more to cite here, but one little known battle involved a Rebel raid on Vermont’s lakeside town of St. Albans during the Civil War. And not to be missed is the underwater archaeology focused Lake Champlain Maritime Museum with its replica Canal Schooner Lois McClure, replica of Benedict Arnold’s Revolutionary war gunboat USS Philadelphia (the original was raised and is in the Smithsonian) and the startling video of Arnold’ sunken gunboat Spitfire, as it rests today on the Lake bottom 250 years later. 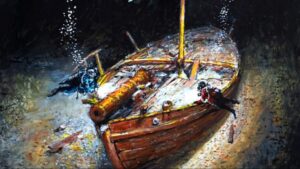 So, the Burlington area has a lot more going for it than ice cream, teddy bears, and craft beer – as important and interesting as those things are.

Please plan to take some time to come to Burlington for at least a few days next September, first to see the boats, (and have yours be seen if possible), but also take advantage of the many other attractions that make the Champlain Valley such an attractive and special place.

Details of the planning for this week of events will be kept up to date on the Chapter’s web site lcacbs.com and on acbs.org.  Registration for all of the events will open around April first on a first come first served basis via the acbs.org web site. Numbers of slips and event seats are finite. Feel free to email questions to the Chapter President, Sue Haigh at [email protected]