Preserving Babashela is a Travel in Time 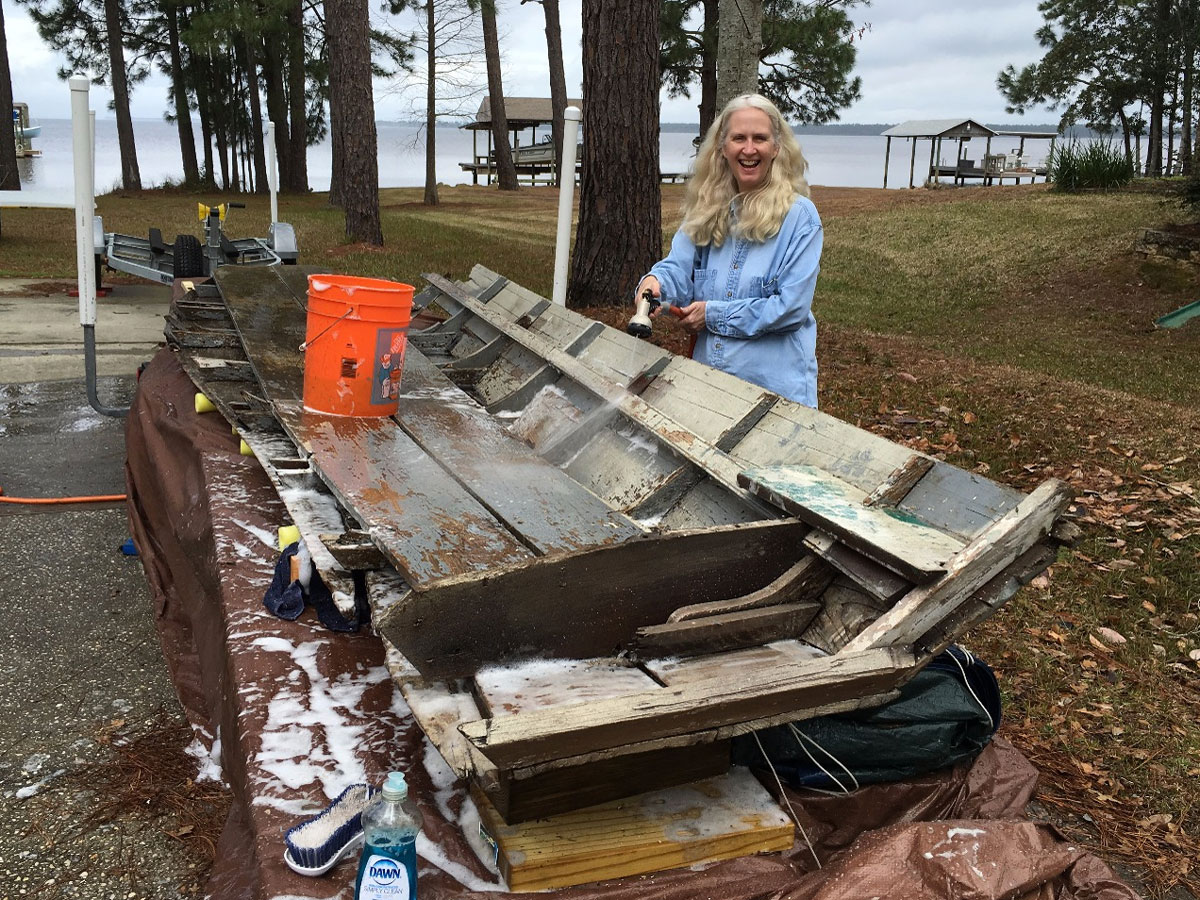 Classified as “Historic” this rowboat has a story to tell.

Dating from Civil War days, through hurricane Katrina, she was rescued and lovingly restored by Kent and Audrey Lewis who do small craft restorations at their home in Florida.  You can read about many of their restorations on their Small Craft Restoration Blog.

Barbashela is now back at her Beauvoir Museum home in Biloxi.  This story and pictures were sent in for the Lewis’ ACBS membership file.

The bateau Barbashela was designed by steamboat Captain Thomas P. Leathers of Kentucky in the 1880s, he also oversaw her construction. Kentucky native Captain Leathers owned and operated the steamers Natchez, numbers II-VIII, primarily on the southern Mississippi River. He was most noted for a race he participated in against Captain Cannon and the steamboat Robert E. Lee in 1870. Captain Leathers was called Captain Push because of his friendship with the local Choctaw, they admired him and nicknamed him after their famous Chief Pushmataha.Barbashela is the Choctaw word for “friend” and the rowboat was a gift to Varina Anne “Winnie” Davis of Biloxi, MS, who was the daughter of Jefferson and Varina Davis. The skiff was rowed on Oyster Bayou by the Davis family home at Beauvoir and on the Mississippi Sound. When Barbashela is bayou worthy again she will head back to her historic Beauvoir home in Biloxi, MS.

Barbashela is an English variant of the Choctaw word for friends, and the hybrid bateau incorporates several unusual design features pulled from skiffs, dories and flatties. The rowboat measures 20 feet 7 inches and is 5 feet on the beam, rather long and narrow for a river skiff. The dory type stern is narrow and the sides flare out at 60 degrees amidships. The hull is planked lengthwise and it has a very unique reverse curve from a convex to concave shape from bow to stern which possibly reduces form drag. The hull shape is also rockered at the bow and from the last one third of the hull to the transom. There is also rocker athwartships. The internal framework consists of slender wooden knees sandwiched by two ribs that form a truss. 5 seats function as thwarts and rest on sweeping stringers. A thick sole covers the frames. 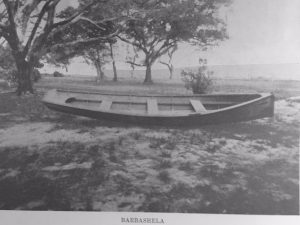 partially restored in the early 20th Century and was displayed at various times at Beauvoir in Biloxi, MS. She was originally rowed by Varina Anne “Winnie” Davis at the family home during the time frame of 1883-1893 and then subsequently maintained by custodians of Beauvoir through present day. Most likely it was repaired and rowed by numerous residents of Beauvoir’s Soldier’s Home. An informal survey of the bateau was conducted in 2001 by Russell Barnes and the bateau was then in generally good condition. Disaster in the form of Hurricane Katrina struck the residents of the Gulf Coast in August 2005 and the rowboat was severely damaged by wind, debris and storm surge. The hull was deformed vertically causing the beam to be widened. The entire port side of the boat was missing as well as the forward 6 feet of the bow planking and the stem. The starboard side and hull bottom were mostly intact although several sections of the forward starboard hull were broken off. The transom was partially intact as well as the stringers.  Fortunately,  three of the thwart seats remained which helped determine the original beam shape.

The vision for the restoration project was to repair and conserve the remnants of the bateau, and to restore the missing sections to seaworthy condition using a 1921 photo and 2001 informal survey of the vessel. The rowboat will be displayed to the public at the Beauvoir Museum in Biloxi, MS. Proposed schedule was 6-12 months from receipt of vessel, desired completion Spring 2017. As it turned out, the restoration was completed in November 2016. The restoration was done by Small Boat Restoration’s Kent and Audrey Lewis in Navarre, Florida with assistance from Jack and Adrienne Heuer as well as other family members. Technical assistance was provided by Maynard Bray, Gannon and Benjamin Marine Railway, Fred Fisher (made the oars), Graham McKay Lowells Boat Shop, Murray White and WoodenBoat.

The complete restoration log can be viewed at Small Boat Restoration 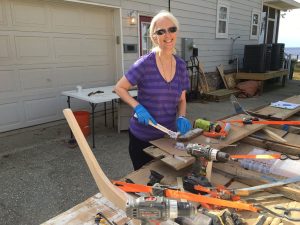 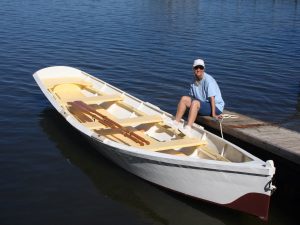 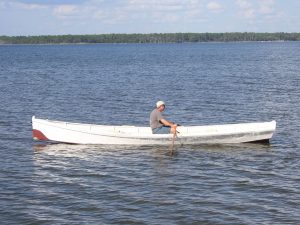 Does your boat have a story to tell?

Please send pictures and the information so that it can be shared.