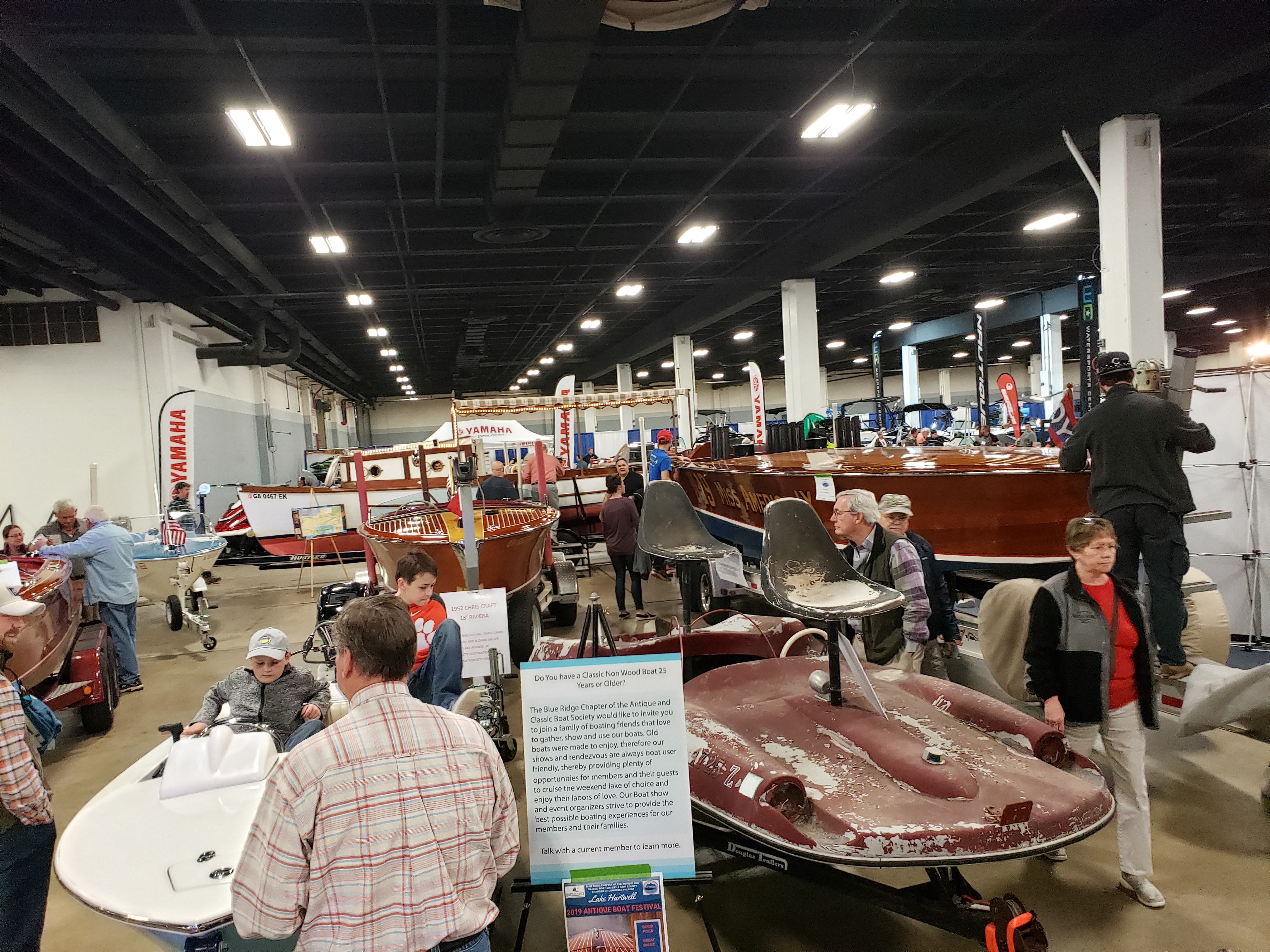 By Al Olsen, member of the Blue Ridge Chapter.

The Blue Ridge Chapter of the ACBS was out in force last weekend. Several members attended the South Carolina Upstate new boat show in Greenville South Carolina. They brought 10 boats including classic glass, and wooden boats ranging from a car top carrier to a 1951 and 1952 Chris Craft Riviera, Garwood’s race boat Miss America IX and a 1917 Truscott Launch.

This was a great opportunity to share the wooden and classic fiberglass boats with spectators that are looking at new fiberglass boats. Often we were told that our exhibit with the old wood boats was the best part of the show. We handed out approximately 900 save the date cards for the upcoming Hartwell Boat Festival in April. We also had four potential new members take applications to join the ACBS.

We have attended this show for several years. It’s been organized and coordinated by John Heiderich our current president of the Blue Ridge chapter. One additional benefit of sharing these old boats with the general public is so often we hear that their grandparents or parents had an old wooden boat just like this one, except they didn’t have this or that and the seats were different.

If your chapter has not thought about going to a new boat show in your area, we highly recommend it, and it’s fairly easy to do and often the booth space is provided at no charge.