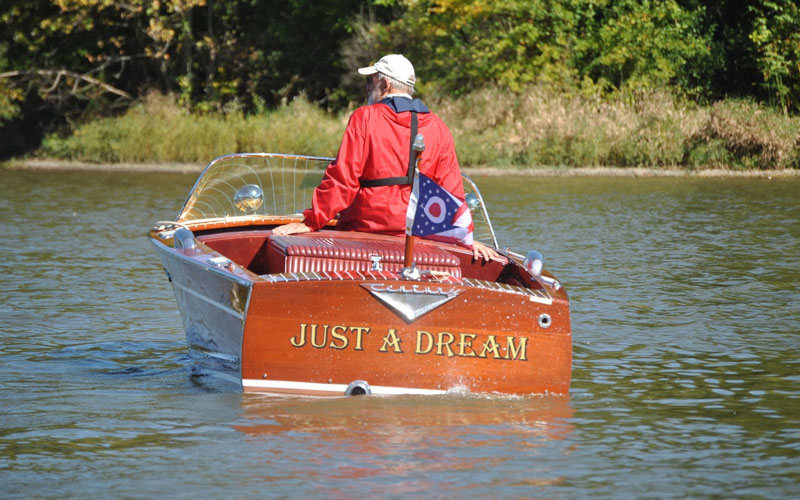 Just A Dream is a 1957 Century Resorter with a 1965 Interceptor 289.  Steve and Cynthia Shaltry own Just A Dream.  They are members of the Indian Lake Chapter of ACBS. Steve has written in their membership file, “Original purchase 7/20/1957 to Dr. O’Connor of Buffalo, New York. I purchased the boat through Antique Boat Center of Cincinnati, Ohio who was selling it for the daughter of the deceased owner. Restoration completed July 2016 – Love it!” 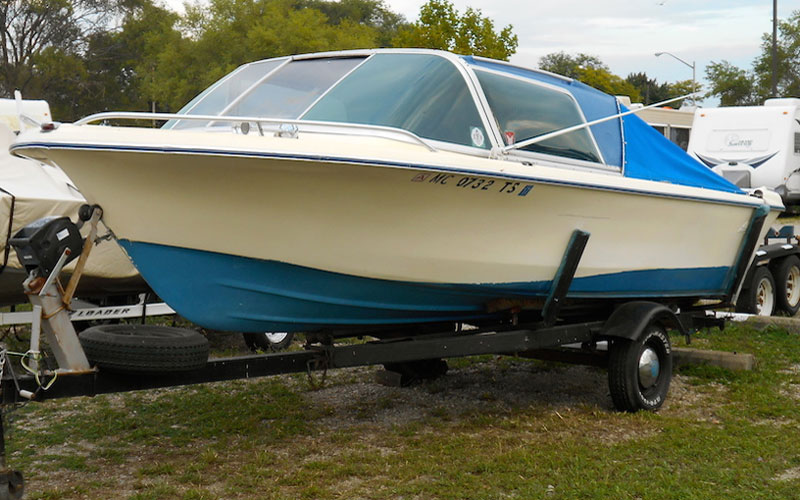 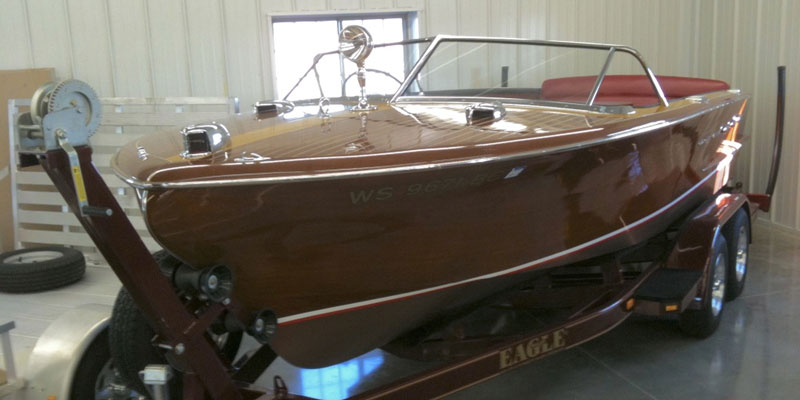 SPK IV is owned by Steve and Cindy Karstaedt, members of the Blackhawk Chapter.  Steve writes, “Above is my 20′ 1956 Chris Craft Continental powered by its original CC MBL engine that I’ve owned for nearly 40 years.  I grew up summers at Lake Delavan in Wisconsin where we had a 22-foot 1948 Chris Craft Utility, and now at 75, I still can’t get the sound, smell, and all the other wonderful feelings about owning such a beautiful boat out of my system. Larry Lang in Lake Geneva, WI., took my boat totally apart and refitted it with all new needed wood, Silica Bronze  Screws, new 5200 hull stem to stern, and so on. Even a new custom five bunk Eagle Trailer so my baby can enjoy a nice smooth ride when out of the water.
SPK IV is my Baby!  It needs a new loving home that will exercise it, but I can’t bring myself to that point.  It’s my “Art Object” I guess.  LOL!” 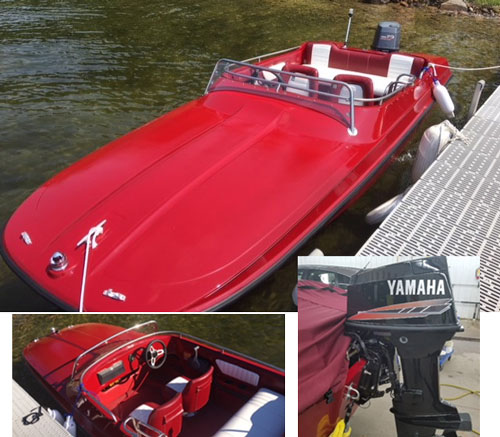 Frank Allen sent in these pictures of his Boston Whaler along with this information:

I bought mine from a guy in New Hampshire planning to do a cosmetic upgrade and get it on the water.  As I examined the boat I discovered a weak transom which I had to rebuild before getting onto the Red exterior, upholstery, and new plexiglass for the wind screen.