Who in your chapter deserves the Mary Herwig Award? 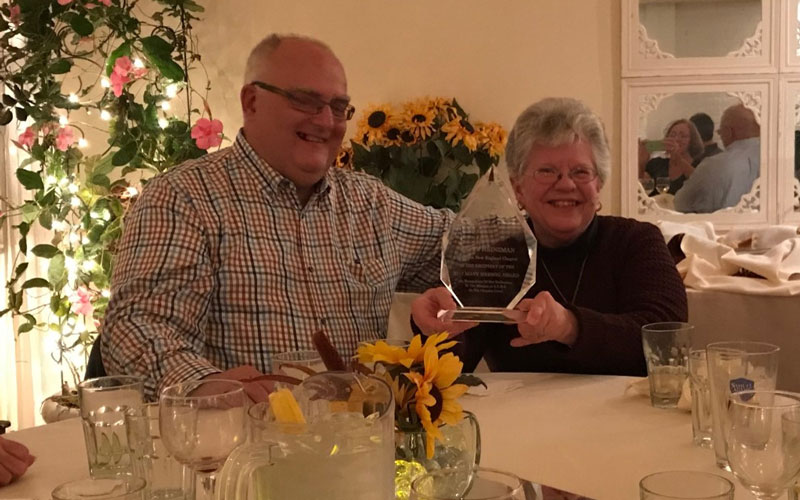 What is the Antique and Classic Boat Society’s Mary Herwig Award?

The Mary Herwig Award honors an individual at the International level who, through activities at the chapter level, has contributed broadly and in an outstanding manner toward enhancing and furthering the aims and objectives of the society.  Their contribution could typically have been through communications, membership or committee activities that encourage, assist and promote interest in the preservation, restoration and enjoyment of antique, classic and historic boats.

This award was originally graciously donated by the Manotick Chapter.  Mary Herwig was instrumental in establishing Manotick as a vibrant chapter.  She did go on to become an Executive Officer of ACBS International where she always advocated for services that would benefit and strengthen chapters.  She felt that the mission of ACBS was best carried out at the chapter level.

In 2017 at the International Meeting and Boat Show Celebration, it was announced that the annual Mary Herwig Award be given to Bette Heinzman who was nominated by the Southern New England Chapter. Don Leutz, Awards Committee Chair, gave the following announcement:

There could be no more deserving awardee than this year’s winner of the Mary Herwig Award.

This year’s winner has been an ACBS member since 1995 and actively promotes her chapter and the ACBS organization every opportunity she can. She started by taking on the duties of running her Chapter’s Ships Store. She has served as Secretary for her chapter. She writes articles for the Chapter’s newsletter and website. She serves as Chair of the Chapter’s Sunshine Committee, and is also the Chair for the Chapter Membership Committee. She supports the Chapter’s Boat Shows by serving as the “Raffle Chair” and soliciting donations from local merchants as well as overseeing all of the printing duties and collecting items for the attendees goodie bags. She also volunteers to staff her Chapter’s Membership Booth at various other boat shows in the area.

She and her husband are avid readers on anything related to the restoration, preservation and history of classic and wooden boats. They have an eclectic collection of boats and both enjoy traveling to numerous boat shows and swap meets throughout the year in search of new acquisitions.

This year’s Mary Herwig Award winner promotes her chapter as well as the ACBS organization’s fundamental core values and the hobby with enthusiasm and dedication.

It is my honor to announce that the 2017 Mary Herwig Award goes to:

Bette Heinzman of the Southern New England Chapter of ACBS

Bette and Lee Heinzman are pictured above with the award at the Chapter’s annual year-end banquet.  The Mary Herwig Award was given with appreciation from ACBS and especially from the members of the Southern New England Chapter.