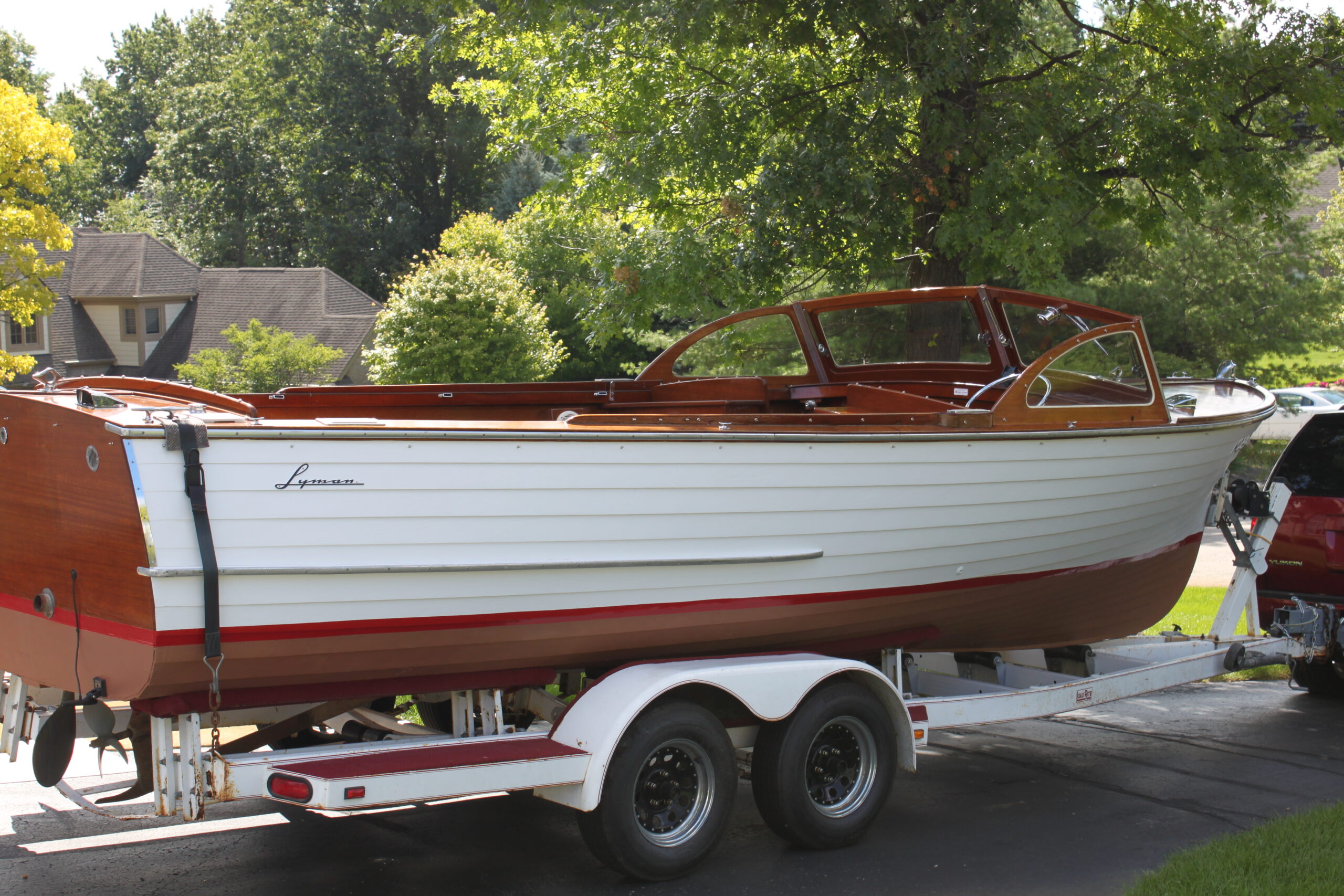 The family history with Lyman Boats began when my Grandfather bought a 13-foot Lyman just after WW2. We used that Lyman (which my sister currently has) and our 1969 18-foot model up at our family cottage on the Upper French River in Ontario Canada. About 10 years out of college I started getting the bug and in 1988 on a trip through Sandusky Ohio I found that the local paper had an ad “Boats for sale at Lyman Factory.” I thought Lyman was out of business.

They had a 23-footer. I went to visit and after a survey my Dad and I brought it home. We enjoyed boating and walleye fishing when we could get out of the Chagrin River. I found that even a Lyman can get pretty beat up in a choppy Lake Erie. When transferred to Arkansas in ’92 I figured there was no place to boat there so it was a good time to get some work done. I had “Dr. Lyman” (Tom Koroknay) fix up my windshield frames and add ceilings to the sides of the cockpit. Later I found a 30-foot covered slip cost half what I paid in Ohio and the boat stayed in the water 12 months of the year! 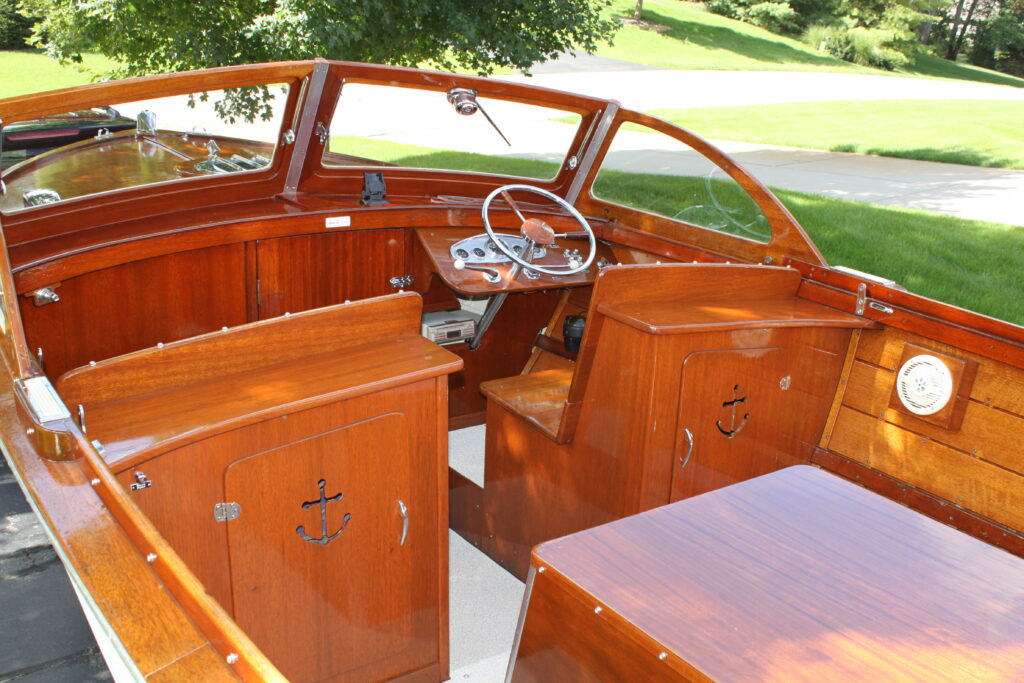 When we moved to Michigan the boat headed to our place in Canada. It seemed that working on the boat consumed far too much time so around 2008 I trailered the boat to the house in Michigan with a plan to take care of all the issues then bring it back North. I figured one good winter would be all the time I needed. It would not fit in the garage on the trailer, so I built a cradle on casters. I used the “multiple bottle jack” system to get it off the trailer on to the cradle, a project that did not go well as when I finally gathered the neighbors (in the dark) to help push it into the garage the windshield missed clearing by 1 inch (measure twice they say)! Eight years later it was finally time to put it back on the trailer. A few phone calls found me a crane service that made quick work of putting it back on the trailer – one of my better decisions! Recently we moved to North Carolina and look forward to Carolina boating. 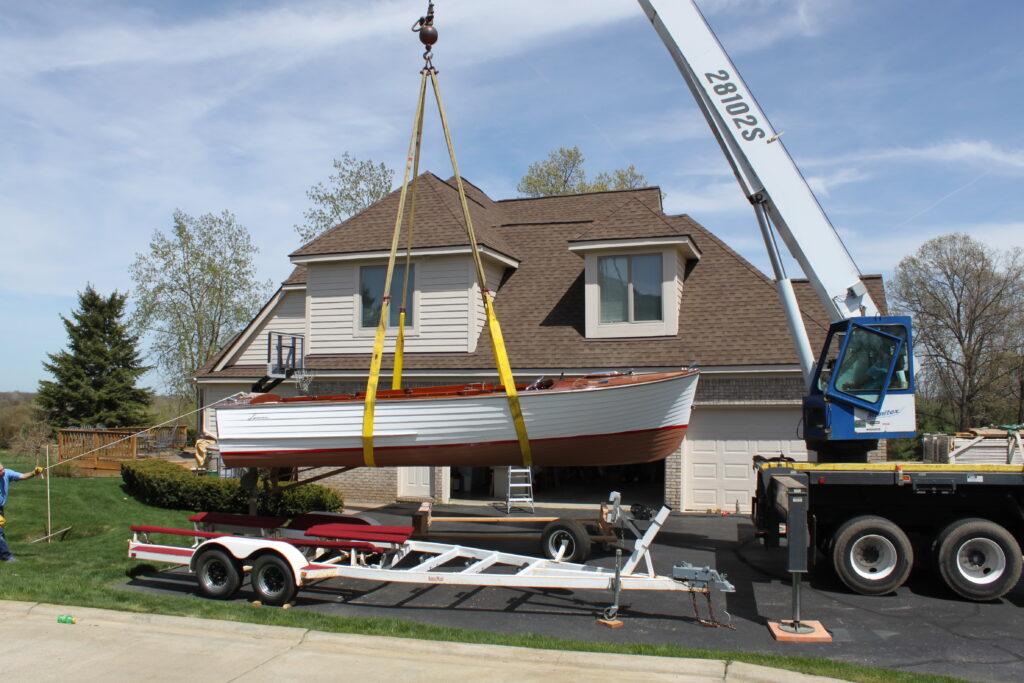