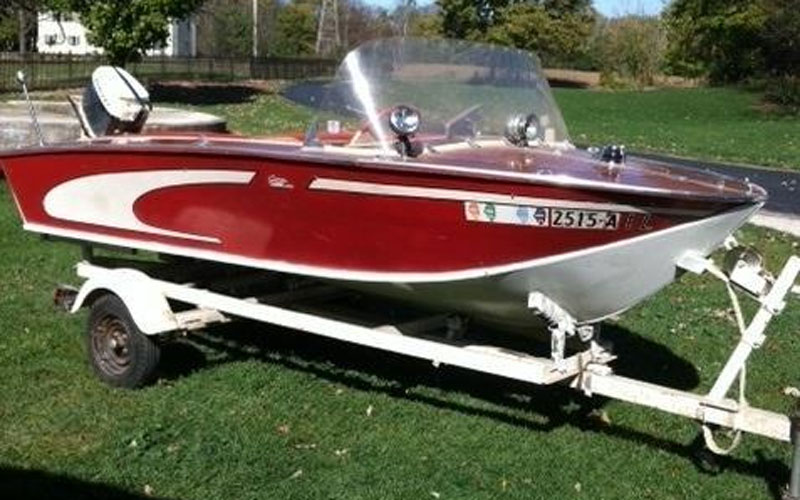 What is it? Look at that windshield!

These and many more questions and comments must have been heard by Bill and Patty Gill, members of the Blackhawk Chapter of the Antique and Classic Boat Society. This boat is a 1958 Switzer Craft 15 foot Combo powered by a Mercury 58A 4 cylinder 45 hp outboard motor.  This is just one of several boats in the Gill’s fleet.  The story submitted with this picture is here:

A Black and White Boat was a 1959 14 foot Switzer Craft that my Father had when I was growing up.  I recently found this 1958 on Craig’s List.  It was owned by the Grandson of the original owner and it is in very good condition.

An ACBS member was asked, “Why do you have five boats?” and the obvious answer is, “Because I haven’t found the sixth one, yet.”  It seems that many classic boat owners become collectors of sorts for many reasons.  No one boat is perfect for all boating occasions and every boat seems to have a unique story that deserves to be preserved. 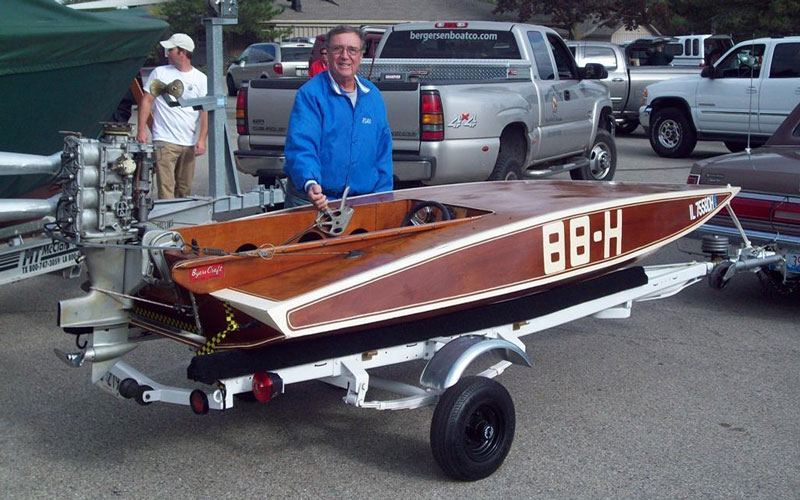 My Dad and his good friend Don Melka, purchased this boat in about 1976.  My Mom’s cousin Rich Krug had told him about it.  What attracted my Dad was the fact it had a complete 1956 Mercury Mark 55H outboard.  The boat was located in Indiana and was sitting outside on the ground in a boat yard.  On it’s maiden voyage they could only get it up to 45mph.  After adjusting the trim plate they were able to achieve 70mph.  It is a dry stack exhaust with no muffling at all.  Local Police were called on 2 of the 3 lakes it has been on.  My Dad refinished the wood in 1977 and the boat has been stored since.  Don gave me his half of the boat many years ago before his passing and I inherited my Dad’s half when he passed in July 2011.  My Dad is pictured in the photos that were taken the Fall of 2010 at the Lake Geneva Boat Show.  I thank Matt Byrne for re-kindling my interest in old boats. 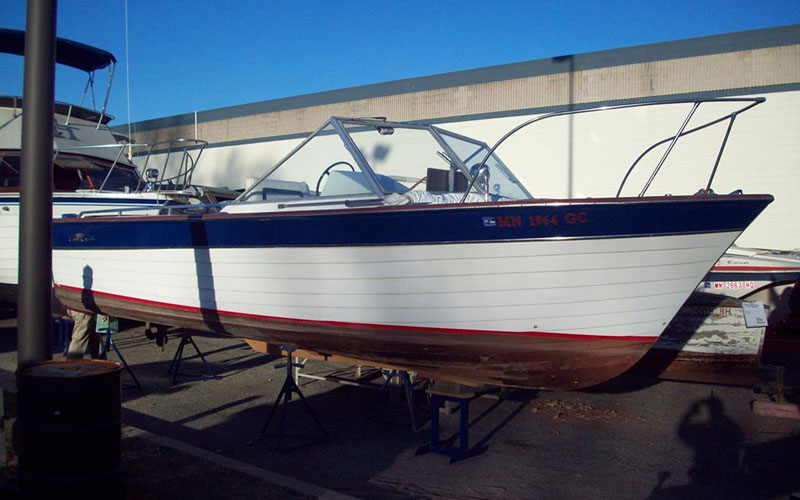 My friend Jim Burke and I purchased this boat at the Warner Auction in Minnesota in the Fall of 2010.  I thank/blame Matt Byrne for mentioning the auction! 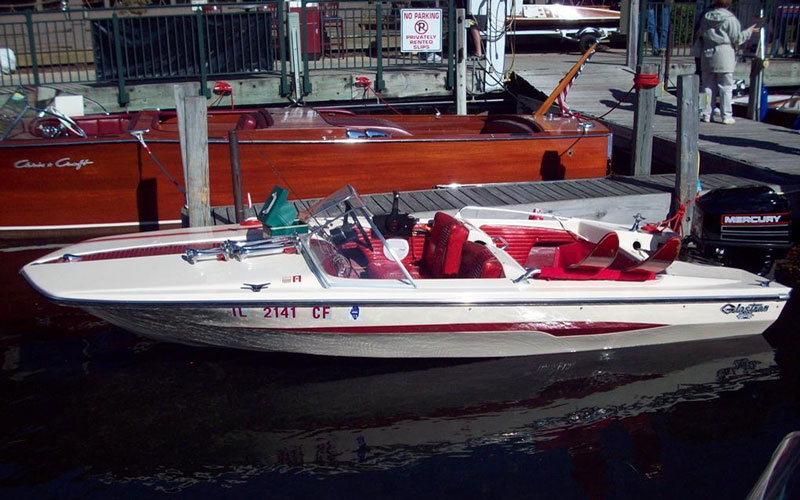 One more for the collection is this 1968 Glastron 14′ Jetflite. now powered by a Mercury 60 hp outboard.

The boat has only been in 2 families since new. The motor is newer, however the deck, hull and upholstery are all original.  The most unique feature is the red metal flake vinyl interior. 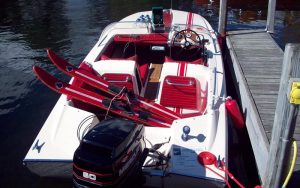 The Gills own two other boats, another Glastron and an unusual 20 foot 1978 Checkmate Convincer.  Interesting.  Thanks for sharing!